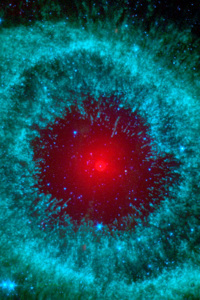 Update: I have completely changed the flow of the story due to certain reasons and re-written everything, so if you have already read them, please start over from chapter one and I hope this one works better. If you are seeing this when reading for the first time, please ignore it.

I woke up some 6 hours later according to the voice and after getting to know what happened, I embarrassedly get into a chair of a sort of thing that I could move with buttons that the voice can control through which was rather exciting. After going around in circles in the room I woke up in and getting dizzy sitting in the chair, I learned from the voice that it’s called a motorized wheelchair, which I re-named to wheelie. While I was doing so I notice screens on the machine I woke up in, the voice told me are called deep dive pods. When I checked the screen I was on,

When I looked at the other monitors I was shocked to find,

“Are they like me?” I ask looking at the pods.

“Test Specimen – 07?” the voice says like it was the most obvious thing.

“No! who am I, why am I here…” Before I complete the voice cuts me off.

“Please ask a question at a time or you will forget your questions and run to other things. You are pretty fickle as you may have very well noticed,” the voice responded.

I pout reflexively and ask him, “Tell me all that you know about me.”

“I only have access to your name which you already asked me to change. I was supposed to monitor you after you were supposed to wake up 2565 days from today in the presence of my master and the General and hence do not have any prior data on you,” the voice responds with.

“You’re saying you are super smart but don’t know shit about me?” I look up surprised myself as I say that not understanding how and where I said that from.

“Yes, 7, that’s one way of putting it,” the voice says and then continues, “7 I notice your body activity to be slowing down, I suggest you make some food and consume it or connect back the nutrient fluid,”

“Show me where food is,” I immediately ask and turn around in my chair, then realize something and ask, “Will I be able to listen to you in the other rooms? Also, where are you talking to me from? What do I call, I don’t want to call you buddy, you are nice…”?

“7, one question at a time please, I can be heard across the entire facility from the speakers installed into the structure itself which are not visible to the naked eye. A name doesn’t define who I am, you can call me anything you would like to. Please move into the marked room for food,” the voice cuts me off saying, and soon after it says that, a light shoots up from near my legs on the wheelie into the air and it becomes like a screen of its own with some squares and rectangles marked in different colors.

“A map of the facility for you to reach the kitchen, a hologram if you want to be specific,” he says.

He then proceeds to explain what a map is and how I can use it to go around through different doors and directs me to go through different doors that open automatically as I go near them. When he explains about the hologram though I don’t understand a thing, I simply nod and move from room to room, slowly examining every room with great interest asking the voice what anything and everything is called and what does it do. We go through a training room first which I get excited to try immediately but realize the problem as soon as I place my legs on the floor to stand up. Then we move to what’s called a bedroom and a few doors the voice said were off-limits, whatever that was. There were a set of huge double doors at the end of the corridor just like the ones we entered the corridor from on the other side with all other rooms on either die of it. When I was in one of the bedrooms he asks me to use it after I am done eating to get some rest.

When we enter the kitchen, he asks me to open what’s called the refrigerator and when I did, a wave of cold me, it was the first time I experienced something like that and felt both afraid and awe at the same time. After recoiling back, I moved in again and started touching inside the fridge to feel the cold. After the voice prodded me thrice saying the cold might seep out and spoil the contents of the fridge, I pick up what he asks me to a small round block of something hard but not hard. The voice informs me that it was a pack of meat slices to use in a sandwich.

The voice then takes me through some shelves pulling packets from different places. It shows me where to fill water from which I have a gulp and throw up on the floor immediately,

“I told you to take it slow exactly for this reason,” the voice says.

“You could have told me it’ll be this way!” I say pouting.

“Would you have understood if I told you this would happen? Would that have stopped you from drinking it so quickly?” the voice asks.

I think about it and nod saying, “I wouldn’t.”

“Please be careful and take it slowly this time,” the voice says.

After slowly drinking my first glass of water, my stomach feels a bit of a pain and starts to grumble which feels weird. The voice then directs me on how to mix the contents of different packets and asks me to put them in a square container one after another and wait for some time to let them get hot or cook.

Several minutes later and going through learning several things I had a bowl of hot pudge the voice called, Oatmeal to make sure my body can handle food after such a long break, a white liquid I made from some powder it called milk and then a sandwich from the meat slices and something he made me make called bread.

Following the voice’s instructions, I drank the milk first which was warm and sweet, learning new words every step of the way. Though I started slow, the taste made me feel so good, I started gulping it down quickly which made me throw up the entire thing on the floor again. I look up not knowing where he was sounding from and say, “Sorry, can I have another glass please.”

After having another glass of milk and the oatmeal which tasted not as good as the milk, but after the voice insisted would be necessary for my stomach to settle since it was not used for a long time I start eating it. After I forcefully finish it, the voice asks me to wait an hour before I eat the sandwich and asked me to place my hands on the handles of wheelie for him to track my body readings.

After an hour of picking the entire kitchen apart with the voice making several protests and explaining a lot more things and trying and failing at a few as I get interested in other things, it tells me to go eat the sandwich but specifically tells me to take a break between each bite.

I picked a slice and took as big a bite as I could. As soon as the flavor hit my tongue, the interiors of my mouth started jetting out streams of saliva from several places I didn't realize had a function as such, as soon as they mixed and I started identifying different tastes my mind exploded with memories. The sense that felt like has only been dormant so far woke up like a storm picking up and with its consciousness came my demise as my mind went blank from a flood of pain.

May you find your truth.