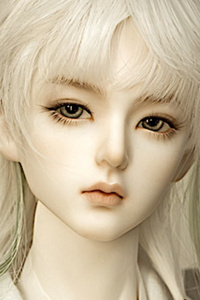 'I've already experienced one omnipotent being flinging me from one Universe to another...I didn't need another one to destroy what I had just achieved and fling me off into the next'

Charlotte Syrup, former Sweet Commander of the Big Mom Pirates, flung into the world of My Hero Academia with no clue what anything is. Quirks? Heroes? Buttcheek clenching superpower? The only thing that comforts me is the fact that this does remind me of 'Earth'...right?

Watch as the Overpowered Pirate and her love Portugas D. Ace wreck havoc across the world of heroes and villains.

Loser: 'You've got to choose a side!' Heroes or Villains?

Me: Well, we're Pirates so...fuck you both

Loser 2: What kind of Pirate owns a megacorporation??

Me: My bad...*cough* We're filthy rich Pirates. Wanna sign up? Welcome to the Charlotte Group.

A story about the conflict between the ideals Peace and Justice against Freedom and Privacy. The realization of the impossibility of Total freedom and the lengths she goes to see it done. Just add massive explosions, lots of swearing, and comedy to the mix.

This will be a 2 Part story.

(A.N): If someone sends me a better title, I will use that. Deal is still up as well :D)

Disclaimers: It is to my great displeasure and sadness that I do not own One Piece or My Hero Academia. Hints of Undertale as well...I don't own that either. That is just really really sad. Nor do I own the cover art...but it's pretty close to how I envision Syrup in her late teen years :)

On the flip side, I do own Charlotte Syrup, my OC and a couple more extras in the story.

Note: This is the sequel to 'Welcome to the Charlotte Family' but while it is recommended to read it before, it is not needed. Separate Universe, different characters and story.

But remember, heavily OP MC!  But I try to keep it interesting.

Give it a try and enjoy!

Finally a villain MC in MHA

There is only 10 chapters for now, but the chapter are quite long so I guess there is enough content to make a review.

First of all, you should know that this fan-fiction is the sequel of another fan-fiction in an One Piece world. The MC was transfered in MHA by an higher being with all her power, with the body of a 8 years old girl (she had a strength slightly superior to an admiral but inferior to a Yonko). So she is quite invincible in My Hero Academia.

This MHA fan-fiction is different from the others because the MC doesn't go to school to play hero, but she is also not a villain. Well, she basically does whatever she want, she wants to be free and not let any government or organisation restrain her. If she wants to kill, she will kill, but it doesn't mean that she will kill someone without any reason, she only kill when she has a goal.

The author put a lot of importance in the "ethic" and "moral". What is "good"? What is "bad"? The author shows the world under another point of view than we can see it in the cannon where the hero are the good and the villain deserve to be arested because they are called villain. It also show how stuborn All-might is for his justice, but we can't say that he is wrong, nor that he is right.

Let's talk about the main character now. Like I said, Syrup is a girl with  the appearence of a 8 years old, but is more than 30 in mental age. She is OP, very OP, by far the strongest in the world, so don't read it if you hate OP MC. She is neither a villain nor a hero, she just want to be free and do whatever she wants. She decided to create a huge business that is extremely influential and make her own law. She think like that: "The strongs make the law, and the weaks obey". She is strong, clever, badass, and slightly lazy. So it's exactly the kind of MC that I like!

So it's a very promising fan-fiction with OP female MC. I recommand! I couldn't sleep last night because of this fan-fic + the one piece one, so it shows how I liked it!

Interesting, but not a good sequel

Reviewed at: THE NEW WORLD, The Beginning

This is interesting but the Syrup from book 1 and this Syrup are very different and incompatible. Personally, its better to believe the alternate ending to the first book because while this Syrup would make an interesting character as a stand alone OP MC type story, her motivations and goals simply do not line up with the original Syrup.