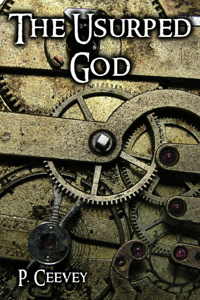 “Time is running out Fen. What’s your final answer?”

Fen bit her lip. She should know the answer, it wasn’t a tough question. But her mind was blank. Shatters, I’ll have to guess it. “Barthus’ time invariance?”

“No, I didn’t,” answered her father, trying to cover a smirk. “There’s no such thing as trick questions, little dragon. Only poorly understood ones.”

Fists at her hips, Fen gave him her best pout. He always said the same thing. And she wasn’t always inclined to agree. His speciality was trick questions, why did she agree to the bet?

“Yes, it was.” Well, maybe not all of it. “And there are a thousand things named after Barthus. He is like the Eulen of balancing.”

“You’re right there,” he chuckled, “but I still won. I asked you a question on balancing you couldn’t answer. Now you have to go to town, and cook dinner afterwards.”

Gennick faced her daughter, a smile forming on his spectacled face. Always calm behind those dark eyes. She noticed how his hair was greyer than the black Fen inherited. Living alone with her father she sometimes forgot time was a thing.

“You are just like your mother sometimes,” he said. Fen smiled back. “You can be just as childish as she was.”

“I’m kidding!” He patted her head. “You inherited only her good things. I surely hope you don’t inherit any of my bad things.”
“You are the nicest man I know Da,” she said, “I refuse to believe you have any bad things.”

“If you say so I believe you, little dragon,” he replied. But his eyes seemed to say the opposite.

“Anyway,” he continued, “you should be going now. I want you back before sundown.”

Fen sighed. “Okay. Guess I have no choice.”

“If you knew the answer you would have,” Gennick said, a grin on his face.

Fen fetched her leather side bag and adjusted her coat.

“Oh, take this with you.” Gennick tossed her a small leather pouch. “Nuts and dried fruit, in case you get hungry on the way.”

“Thanks! I’ll be back before nightfall, I promise!”

Noon sun above her, Fen walked closer to the town of Northod. It was not that big of a settlement, but it did get traffic from northbound people sometimes.

‘I bet I can ask you a question on balancing you can’t answer,’ her father had said. ‘If you can't, you'll have to go to town to pick up some things. And cook dinner. If not, I’ll do it.’ A clear bait. Why did she fall for it? She should have thought it through, it was not the first time he had done something like this.

Her father had that tendency to laze off lately. Well, he was growing old, and she should take care of him. But she also wanted to go to Phoelles, to the Akademia. Her father had studied there, she still didn’t understand why he wouldn’t let her. ‘I can teach you everything that can be taught there,’ he often said. That may be true, but still. Perhaps she could ask again tonight. But who would take care of him after she left? Maybe she could convince him to go to Phoelles with her. After all, he had lived there before.

While walking into town, she noticed not many people around. Perhaps there was a town hall meeting today. It was unlikely, at this hour of the day. Well, fewer people to talk to, it should make her visit faster.

As she entered the market square, she noticed people gathering around some wagons by the centre. A lot of people. What could it be? Maybe trouble, she shouldn’t steer to close. Perhaps she could avoid it. She sighed, her father would know what to do.

Fen entered the first shop she got close to. The bakery. She had to pick up some bread for the week.

Fen checked her pocket watch. Well, it was rather big for a pocket, but that was the way for hand-made things. And it could only tell the hour, with varying precision. Still, it was her pocket watch, and she was proud of it. She remembered making it with her father, her first engineering project. How to store mechanical energy to release it at periodic intervals. How to measure the frequency at which zehk vibrated. He had challenged her to finish it in one month. She did it in three and a half weeks. But it still was kind of bulky, rushed. Perhaps if she had more precise tools, she could make it smaller. But those were hard to come by here. In the Akademia though... there were the best tools. And the means for mass production. Probably every akademic walked with a watch. Maybe small enough to mount on a wrist, or as a necklace. That would be comfortable.

She checked the pocket watch again, never having registered what time it was. Barely past noon.

“Oh, hi Fen,” said the portly baker from the other side of the counter. “Didn’t expect to see you here today. How’s your old man?”

“Look at you, taking care of him. I remember when you were a sickly child, barely able to leave your house; your father always worried. Now you look after him! Ha!” He paused, catching his breath before continuing. “Anyway, what can I get you?”

Fen asked for two loaves of today’s bread, and the baker left the front to fetch fresh loaves at the back. She took a deep breath, the smell of rising bread warming her up.

It had not been that long ago when she had been that sickly child. She brought her hand beneath her ribs, feeling the scar underneath her shirt. Sickly no more. Perhaps she was growing up. But she still felt like a child sometimes, her father still looking after her one way or another.

The baker returned, handing the bread covered in cloth in exchange for the payment.

“Have you checked the traders by the square?” said the baker.

“What?” Traders? So that was why there were so many people at the square.

“Andaaran traders, with their carts and all. Perhaps they have something for your curious mind.”

After leaving, and getting some cooking herbs elsewhere, Fen approached the market square. She fidgeted with her side bag’s leather strap, palms sweaty because of the crowd. All the people, surrounding the wagons, and the traders casually doing business.

Five traders in silk robes managed the crowd, selling their wares to the townsfolk. Their skin from bronze to dark, colourful bandanas tied at their foreheads, dark curls flowing on their backs. Fen stumbled a bit against the multitude. She had never seen almost the entire town together. With so many people, it was a bit hard to reach the wagons. But then she found herself in front of a trader. A tall woman, displaying a variety of crystals to a group.

Fen had seen her fair share of crystals. Her father, as a former akademic, had quite the collection. Some both he and Fen used for household appliances; others for small projects. All of them he had used to teach her about crystals and science. But others she had never seen before could only be studied from books her father had. Despite being accustomed to working with crystals, she still got excited every time she saw them.

Fen read their runes, recognized their colours, knew their names. Reth, Tehk, Vit… Korr! Where did they get that one? She had only studied it in books. It was rather rare and could be very expensive.

“Whe–" Fen cleared her dry throat. “Where did you get a Korr, miss?”

The trader glanced her way before fully turning to face Fen. “We come from Phoelles, shouba!” answered the trader, the accent thick on her tongue. “I see you are knowledgeable about crystals. Have you been there, shouba? An akademic, perhaps?”

“If you are thinking of going, shouba, you should take a ship from Baysend.” The trader said as she dealt with the crowd. “More expensive than travelling through the land, but faster. You’ll be there in a few weeks, depending on where you harbour. Ain’t that right, azi?” One of the other traders nodded absentmindedly. The people rounded around the trader, Fen subtly leaving the market square and the crowd behind. She checked her pocket watch. It was time to head home.

The sun made its way towards the horizon, the sky taking an orange tint before dusk as she made her way back home. She breathed in the summer breeze, combing her long hair with her fingers. She noticed her home at a distance, a wooden cabin over a hill surrounded by a farm. It was not big. More for a self-sufficient household than for a living. As she got closer, she noticed that the windows facing the road showed a dark interior.

That was strange. There was still some remaining daylight, but usually, her father would have lit a Quo or candle by now. Perhaps he was asleep. After all, she hadn’t been there to wake him up for an afternoon tea.

She approached the door, opening it slowly so as to not disturb the silence within.

Something smelled off, and the inside of her home lay in ruin. Chairs in disarray, pots broken, windows shattered.

She rushed towards her father’s room, dodging the turned over table. But she stopped. She had stepped on a puddle of-

Fen crumbled to the ground, noticing the figure on the other side of the table. Tears in her eyes, she stared at her father’s lifeless body on the floor.

A note from P. Ceevey

The prologue and this chapter are the two things that I need to work on and will probably rewrite once I finish the whole novel. Please, feel free to criticize.

Bio: Looking for critique to become a better writer.