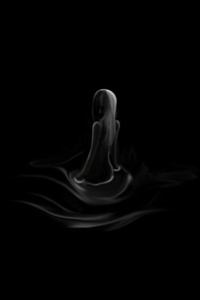 Death. Mercilessly, it comes for all. But when a young man is given a second chance – a second life – to experience what he never has, what will he do? Leave the burdens of his past behind, improving upon his faults? Or will he collapse back into old sins, wasting the opportunity given to him? Perhaps even he himself does not know.

Join Andre on his journey as he explores a new world – one ripped straight from the pages of a D&D campaign he's never played.

The story’s genre is your standard progression fantasy, isekai: magic, a system, and a level of technology suspiciously underdeveloped. I’ve borrowed tropes from various books I’ve read like “The Second Coming of Gluttony”. The similarities are there (particularly in the beginning), but I assure you the story is my own. It’s in the first-person perspective and has its own quirks, characters, and world for you to become immersed in.

The upload schedule for this will be different from the usual fictions on this site: I’ll release chapters in batches rather than so many a week. I’m a college student, so I don’t want another deadline to worry about. Depending on the popularity/demand of the series, I might increase or decrease the rate of releases. Other than that, I hope you enjoy the story!

P.S. This is my first fiction so make sure to point out mistakes wherever you see them. I’m doing this, partly, to increase my skill as a writer. However, be kind! I’m fragile, you know?

***This is far from your happy-go-lucky, feel-good adventure story. There will be content that some of you might not be comfortable with. And if you're already feeling skeptical reading this, click away and don't come back. If you're still here, what are you waiting for?***

Not much to say besides Good Grammer, good worldbuilding, Clever but not over powered mc, And a very interesting spin on a normal isekai.

Not for the faint of heart

The directly titled „Summoned“ is a fantasy isekai story that you probably aren’t ready for. The author drops all pretenses of the colorful, happy ‚anime isekai‘ genre and throws the real world straight in your face right off the bat in the first chapter without missing a beat. If you are a sensitive or emotionally vulnerable person, turn around right now and don't look back.

The story follows a young man named Andre, a rough edged high-school student in his last years of his general education with a knack for martial arts and a desire to protect others, which is very much based off a believable backstory and not just some ‚do gooder‘ drive to be a hero. Andre is believable in that he is clearly shaped by his environment, rather than the other way around. As a person, he’s clearly trying his best but is mired by the people he is surrounded by.

[Events] happen and Andre is reborn at the behest of the goddess Restia, into a new body and world with a particular knack for all things magic. Together with his soul-bonded companion, a ‚cat-girl‘ named Veylin, they set off to leave their sheltered home in the forest and to enter the new world beyond. Here, things get dark again. The more things change, the more they stay the same, eh?

The story is highly detailed and structured. The author goes to great lengths to make the magic systems and languages and the environment believable, going so far as to making separate chapters just to detail these systems. Speaking of chapters, there are 11 at the time of this review and I’ve read them all in one go, which wasn’t easy because they’re loooooong. Good stuff.

I found no major grammar or spelling issues and it looks like the story has been checked a few times already, judging by the comments on several chapters. I would have liked if the author made use of tables for their stats to seperate them from the text more though. =)

To summarise, if you want a dark story that makes you grit your teeth and clench your fists, then give this one a fair shot! I enjoyed it a lot. But beware if you're looking for escapism, because that's not what you're getting here!