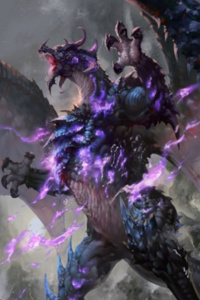 After being transported to another world through a video game, Seol died three months later along with his friends. After his death, he thought everything was over, but somehow he ended up being reborn as a Slime monster along with a powerful "Evolve" skill given by the system.

Evolve, summoner, Overpowered Dragon MC with special class that you don't see often in any stories. Not gonna reveal what class is it as I don't want to spoil it for new readers. Also, very fresh and new, I thought it's going to be cliche story, but turn out I was wrong as it's totally something new.

MC was a coward and timid in the beginning, but that's normal considering how much he was bullied. However, I'm glad he learned what he has to do after given a second chance. Definitely grown more mature.

I also like that he can now summon monsters to battle, which is pretty cool. So far pretty good not much to say.

Author is very responsive, I like that he always replies to his readers instead of ignoring.

Grammar, well pretty good and easy to understand. There's some error, but only a little. Overall still understandable and readable.

If you like gaming stories with overpowered MC and revenge, monsters, God and a lot of adventure, I say this story has it. There some grinding, but even the grinding and levelling seems enjoyable.

Other than that, not much to say for now except hoping for faster release.