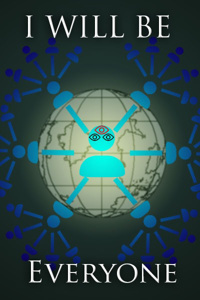 I Will Be Everyone

What would you do if you woke up with a body in your bed? Not a dead body, but a duplicate of yourself, a copy who's mind was connected to yours. Then, what happens when you keep splitting and traveling and experiencing absolutely everything? Who would you be if you became everyone?

Reviewed at: Changes and Trials (102)

TheIsekaiTruck has started an impressive book. As long as he keeps to it I can imagine it going far. I have not read every book but I have read a few, and this story is great in its originality.

I have yet to notice anything particular with the grammar. The author's style is quite refreshing if perhaps a little disorienting at times, as we get shifted around a lot in the beginning, but it definitely clears up a couple chapters later.

The character's could be better though. I cannot help but feel that people are far too comfortable with the MC powers. Other than that I do not entirely feel like his reasoning for his actions, or more precisely, what his core reasoning for acting as he does is.

The story feels like it will become quite epic, even with just this early view, but if anything it feels as if we have sped through a bit. Especially the few "Supers" we have encountered, but again this will undoubtedly be fleshed out with more chapters.

I will definitely recommend picking this up, and following the author, as it is an incredibly interesting concept for a book.

I hope you will keep up for quite some time yet.