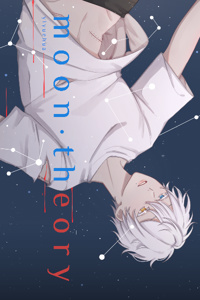 It can be said that the colonel’s ability to both direct and redirect is praiseworthy and to be able to muster an excuse with such shamelessness – truly legendary. Hannes does, however, still go down the slope and Jae follows out of caution.

They haven’t much time. The blizzard rages on. Any longer and their already low visibility will be limited to just inches in front of them. They’d overstayed their visit and they look like easy prey, hiking up a snow-covered mountain with nothing but a few firearms low on ammo, not nearly enough medical supplies and some heavy carts on tow. They’re not even properly dressed for the inclement weather. At this rate, they’d have to wager what would kill them first – the frostbite or those flesh-eating creatures.

Not even a minute later, a loud shout cuts through the storm. The noise is even more deafening than the gale and that’s because it’s Hannes, that loudmouth who can project sound waves across tens of miles. “Yang Rong!”

“So! The verdict is!” The sergeant is huffing and puffing on the other end, trying his hardest to bellow the syllables. “There is indeed! Blood! Not sure, but I think—is dead!”

“What?” Yang Rong repeats himself louder. He finally stands on his feet and makes way to the rest of the group who are now crowded down the mountain slope. The younger ones, Li Jiayun and Jae are craning their heads as if to watch a spectacle. Yoo Seok hardly seems to care. He’s huddled up for warmth in the corner.

“Come and see for yourself.” Hannes sniffles. “I’m freezing my ass off and I can’t see nor smell anything.”

On the banks of the ravine where the ice pellets have coalesced in thick sheets, a black coat covers the person underneath. The fur hood has accumulated three inches of snow and nearly blankets him whole. The young man is faced down, head tilted to the side, unresponsive.

In actuality, most of his features are hidden by the padded coat and it’d be difficult to tell the gender if not for his mildly tall stature. All that’s visible is the lower portion of his face – high-tip nose, pale lips, prominent jawline. His skin is ironically snow-white, blending in so much with the backdrop that without the dark coat as an identifier, he’d be lost in scenery.

There’s a long-running gash on his shoulder that’s still bleeding out. It’s recent, less than ten minutes, and if left untreated, the frostbite will not be pleasant. The wound is deep but not fatal enough to knock the person out which means, conjectured, he suffered a blow to the head. His posture also denotes he might’ve fallen off from the steep incline above.

“C-Colonel,” Li Jiayun’s also started to stutter from sheer cold, “what should we do?”

“The anomaly we encountered had an injury on its left arm and bloodstains on its neck,” Yang Rong muses. “There were three slashes on the pectoral, two by the skull and a clot in its eye. None of you are reckless enough to engage a flying…pterodactyl with a knife, so… what do you guys think?”

The redhead replies dutifully, “I think I am awed by your dynamic vision, Colonel!”

Leave it to Jae and Li Jiayun to hype up their commander. Yang Rong looks pleased by the attention and his ego is boosted even more. The real matter at question is only addressed thirty seconds later.

Hannes sloppily blows his nose. “So this little kid scuffled with it. Morals say we bring him to the safety zone but it’s your call, Rong.”

“We can’t take chances.” Yang Rong presses his fingers against the unconscious person’s neck and feels up the artery. The heartbeat is faint, though he’s more surprised by how cold the young man is. It’s not just the blizzard – it’s as though there’s little to no warmth radiating from him. He feels more like a corpse. “His appearance…”

Yang Rong carefully pushes aside the hood, revealing silvery-gray locks of hair. It’s damper and darker right now but well… it’s also unexpectedly soft. He brushes up a strand and uncovers the young man’s forehead. A laceration runs diagonally from browbone to forehead, deep red in its center and slightly smeared. The colonel finds himself thinking that it’s a shame – it really mars his porcelain skin. Flakes of white are caught between long lashes and he just might be the prettiest person Yang Rong’s ever seen.

Looks are distracting, however, and he needs to focus on the important parts – namely, the level of threat and also, why on earth was this person hiking up a hazardous mountain in the middle of nowhere?

They’ve stalled for too long. The beasts here are ravenous. The squad is fresh bait just offering themselves up. The crates are jam-packed from their hunts and the scent of blood would attract all unwanted attention.

“It doesn’t look like it,” Li Jiayun says. “The color is different. It might be dyed or maybe he’s…”

“There isn’t time.” Yang Rong redirects the conversation. He examines the shoulder wound and does a careful elevator sweep, in case there were anything else he’d missed. There isn’t any, minus the fact that the unconscious young man also has a very…pretty neck, and that’s only because Yang Rong has stared far too shamelessly long.

“We’re taking him back. Stop the bleeding and dress his wounds.” The colonel reaches into his backpack and throws out a heavy-duty rope. “Also, tie him up.”

The intercom crackles from pressure. The voices on the other end are interrupted by shuttle thrusters and engine flares. All the hissing, the banging, the thermal pops are being broadcasted live right now. Tens of million are tuned in, waiting in anticipation for the launch of the latest reusable spacecraft. The takeoff to space is no new venture, but the idea of going above earth, the idea of landing on Mars, terraforming a whole planet – humanity’s always had dreams beyond.

The astronauts are quietly listening to the instructions being repeated to them – visors adjusted, subsystems assembled, tools secured. These are ex-military men with decades of flight time. They’re no amateur pilots. They’re relaxed during standby, chatting quietly amongst themselves before launch.

“Ten, nine, eight…” The countdown continues till zero and the spacecraft throttles up. The dashboard shakes at the lift and all around the world, people are shouting in excitement. All their lives they’d wanted to be in the cockpit of these spacecrafts, the beautiful bright birds engineered to perfection.

The AX-10 space shuttle has seen five years of gorgeous flights. This was its final.

The engine failure was as unexpected as all accidents – a fragment had broken off during reentry, clogged the booster and led to a catastrophic downfall. When the AX-10 was recovered, hundreds of thousands of outcries blamed faulty engineering. Five exceptional astronauts were lost. Then later, when official reports documented a strange phenomenon, the sudden loss of communications, data collection, seemingly random shutdowns, no one was appeased.

Telemetry retrieved snippets of the conversation taking place during the last moments.

“AX-10, we’re going down,” reports the co-pilot, a middle-aged brunet. Records indicated he had a wife and a newborn son in the outskirts. They lived in a small village somewhere, far away from all the city commotion. He was due to be back by Christmas season.

Modular data indicated there were a few seconds of pause.

The former naval officer shuffled around, tapped his captain on the shoulder, smiled and asked, “Do you have family?”

The conversation was eerily calm, like they’d resigned to their fates instantly. Poetically, at 160 kilometers above, four men and one woman sit in absolute quietude. The only signs of calamity were the batter and clatter of the engine. Someone cracked a joke about vanishing into thin air. Soft chuckles followed.

The intercom fizzed in and out, the static making it hard to hear. “Calling…AX-10…irregularities…please report…”

No one responded and the voice stuttered again, “System failure…communications lost.”

The pilot took his hand off the controls. He unclenched his fist slowly and stretched his fingers. His ring finger was bare, but the entire crew knew he had a lover – he’d spoken so often of her pretty black hair and ocean-green eyes.

“No,” the pilot finally replied. “I have a girlfriend and a close friend.”

“You will meet them again,” the co-pilot said, unsure if trying to convince himself or his superior. “I’m sure of it.”

“I didn’t think you were one to believe in reincarnation.”

“Not reincarnation.” His coworker laughed. “The afterlife.”

The pilot also laughed along. He tapped the intercom on the brink. The emergency flares were all going off, dyeing the shuttlecraft in code red. The sleek white interior cracked and broke apart instantaneously.

The next sounds that followed were explosive. The connection cut off completely. On the other end, inside the control center, a man in his early thirties sat in silence. Behind him, the aero scientists were staggering to collect data, the assistants were tracking the remains, the medics were gearing up for retrieval and the rest were trying to mediate the live broadcast.

The black-haired man took off his officer hat and placed it by his chest, where a silver insignia shined brilliantly. He sighed and spoke softly to a dear friend.

“Thank you for your service, Captain Yang.”