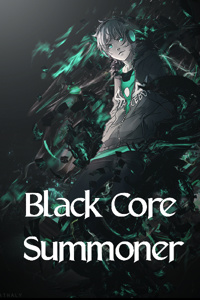 He remembered that it hurt.

No one ever warns you about the pain that comes before or after. The blinding torture that racked his body for centuries was nothing compared to losing — well ... everyone.

He supposed he should have known things wouldn’t work out in the end — things rarely do for Gods.

Reviewed at: 25. Two Birds With One Stone

It is very early on in this story's life, at a much earlier point than I would normally feel comfortable reviewing, but I am enjoying the story so far and want to encourage anyone who finds this Dungeon Invasion type of story interesting to give it a try. I think it puts an interesting spin on some of the tropes it utilizes and I look forward to the author's character and worldbuilding. I will continue to update this review as more is released.

For the advanced review I'll start with the easy ones first.

Grammar 5/5: the story is well edited. I haven't seen any mistakes yet.

Story 3.5/5: it is early, this could easily go up or down. That said there are several common tropes that have appeared in this story. Dungeon cores, systems, and the invasion of earth (if you read korean light novels, ie Seoul Station Necromancer/ the tutorial is too hard, you will find this story familiar). So far the author's interpretation of these tropes has been enjoyable, but not super innovative (I must stress that it is still to early to make judgements). My concern is in regard to power creep which stories of this type seem to struggle with. Basically, either the stakes get too high too fast and the mc is boosted forward to compensate or vice versa where the mc gets strong too quickly and the stakes need to be boosted to match (this can lead to a loss of immersion and tension). Sometimes power creep is fine, it just needs to be intended and planned for. Right now, it feels like many elements are being introduced, but it will take time to see them developed.

Characters 3.5/5: a decent foundation that is waiting to be expanded upon more. I like that the mc is a non-human in a human society. Some of the dialogue feels a bit unnatural, and some character development is on the nose, but these things are largely nitpicks. I'm most looking forward to how the author expands on the relationship between the 2 entities that comprise the main character.

Style 3.5/5: Fairly simplistic, and not the most vivid language, but good variance of sentence structure and it gets meaning across without confusion. Fight scenes need a bit more development and practice. As this is the author's first published story, I'm sure they will only improve as they grow more comfortable. I look forward to seeing their growth.

Author, if you are reading this, I want to reiterate that I like your story and think you are doing a great job so far. Don't worry about your use of tropes or stress about power creep and character development, just make sure the story continues to capture your voice and imagination and builds upon what you have already created. Best of luck! Have fun <3

The world building aspects of this story are rather well layed out. It is more or less a typical idea base for a story from this site with enough twist to be different. There's no issues there as it's presented and dug right into in a way that drives the story along at an enjoyable pace. The issue I have is the Main Character. The guy is an gray skinned, white haired, shirtless OP alien named king Evan. Who constantly has to have the line "I am Evan, I am Fernir, we are one" which makes me stop reading every time it comes up. There's potential and a solid enough premise. But the MC is just an early 2000's emo cringy wet dream.

So I read through this story late last night and I thought it was alright. Nothing special but alright. For me personally I couldn't really connect to the characters, many of the other reviews seem to have though so it might just be a personal thing. I liked the system though it wasn't anything special. The whole story seems to be your typical angsty story with a protaganist who has been tortured for centuries and gets out with very clear bad and good guys.

A Second Chance Worth Reading About!

This review is made based on the authors remarks on his experience and plans going forward. My review is positive, and my personal opinion is that this is a story worthy of the trending page and worth reading. This review takes place after chapter 19 and may be proven incorrect later in the story.

I think this story is fun, interesting, and well put in it's delivery. It's not at the level of top tier yet, but it has managed to consistently stay interesting and engaging throughout the chapters so far. This story has good potential and the author seemingly has a good grasp on the direction he wants the novel to go in. Here's my take on its elements and why you should read or not read it.

Although the author's work indeed has many elements similar to Solo Leveling, the author manages to make his own unique story with his own traits and workings. The novel manages to grab your attention and surprise you with the way each character interacts and develops. The author is great at keeping the reader interested in what's happening and doesn't drone on about irrelevant details and system jargon. The story is fast paced but doesn't absolutely info dump in your face. It contains many popular elements of many stories but blends them in a unique way that I haven't yet experienced.

The Black Core Summoner is a grim but fun tale revolving around a man who's lost both his planet and his battle against the force that took his family, home, and people away. The MC is named Evan, a vessal for both Fenrir, the dungeon core who wanted freedom, and himself, a man who sought power to save his home. Evan is locked away for his opposition against the Labyrinth, a world consuming threat that devours different species from different planets. The story illustrates his(their) second chance at defeating the Labyrinth after being captured for five centuries and locked away. The plot isn't overwhelmingly gripping, but it does state clear goals and doesn't wander from it's destination.

So far, I haven't noticed any real errors in anything. Possibly some minor mishaps here and there, but as far as I can tell everything is fine. The vocabulary isn't overly dramatic but it's also much better than many other authors I've read. Not much to say here.

The main character, or main characters, are in tune with their desires and goals. As two beings united in one body, they demonstration comradery at the level of siblings or best friends. The main character gives off vibes of a war veteran on another world, being both wise in regards to the common enemy he shares with humans and yet very lost in regards to the system and Earth as a whole. He is most definitely the OP type, but the author is also doing his best to balance out many aspects of his abilities so that it doesn't seem ridiculous. The MC isn't a loner type, and uses abilities such as shadow based necromancy, summoning, expert swordsmanship and athletics, and a tactical mind. The MC is emotional and feeling, and shows his humanity multiple times.

Overall, this is a fantastic work from an amateur author, and one must remember that this is a hobby of his and isn't something he's fully experienced with. I say it's completely worth a chance and I urge readers to go into this if they enjoy MCs that aren't afraid to show the world what they can do.

Could probably stand to combine some chapters. *Shrug* you should know if you like it by chapter 5 or so. Pretty typical power fantasy componently executed. Kinda wierd that no people are reacting to the names being super common things in norse mythology but that's ignorable. I need to hit 50 words

The story shows potential. I haven't noticed any grammar issues so far and the writing is good, but that can be attributed to the lack of chapters so far so we will wait and see. I'm giving it a four and a half stars, because I will withhold complete judgement until there are more chapters, but I appreciate the release rate and the shoutouts. Best wishes Agux, and may you take us on a wild ride

An interesting novel with a decent content and fair lack of grammar errors. It has a fairly good plot thus far, and is reliably updated with new chapters that leave me wishing the author would write faster. If there is anything that I can complain about at this point it is that the perspective seems to jump around a bit more then you might expect.

At the time of writing this I've read everything that was released, which means up to and including chapter 26. So far the story as been an interesting dungion romp where a being best described a as a demigod seeking revenge agaisnt an ever more powerful godlike entity that attacked his home planet. Characters are unique and developed enough to stay interesting, and the author's twists to the dungion core style are different enough, or atleast unique enough in their combination, to be a breath of fresh air. I don't want to go into to much detail, but some modern tech has been seen such as guns, radios, and helicopters. This use of technology doesn't detract from the fantasy side, but merely is a realist look at how a high fantasy world would interact with ours if the two collided. Grammar is solid, as is the authors style for me. Does an excellent job in my opinion of being descriptive enough to give a good mental imagine, without over doing it for any one moment. Definitely recommend you give it a shot, just keep in mind the first chapter or two builds a little slowly but it picks up rather fast after the fact.

Why is the Print More Chapters Button not working

A story that out does the typical RR story. Never had to hesitate or force myself to read more it is that good. If there were stocks of RR stories I'd be holding this story cuz it's goin to the moon. 🚀🚀🚀 💎🙌 Diamond Hands for life. Extra words for extra chapters?  SPAC this story Chamath.