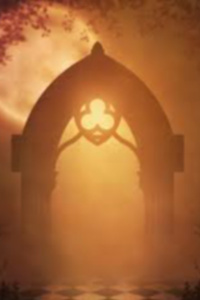 Alex had every advantage anyone could ever want. He was growing up to be quite attractive, intelligent, charismatic, and of course, his parents left him with a fortune that made millionaires flush with envy. Everything would have been perfect, except for his genetics. Confined to the hospital for years, Alex never had the chance to truly live. And one night, he died in that hospital at the age of twenty-seven.

But that wasn't the end of his story. Alex died, but he was... Definitely not chosen. he was quite frankly, grabbed at random. A Goddess from a different world had been asked to present a land of fantasy with heroes, five heroes as it happens to be. After having a interesting conversation with the surprisingly flighty Goddess, the five were then sent to this new world. However, for Alex, things were different.

Releases on Mondays and Thursdays.