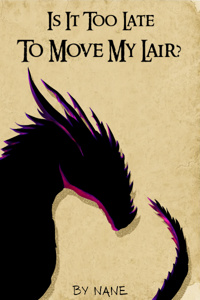 Is It Too Late To Move My Lair?

A legendary dragon... It has been told in the stories for hundreds of years. Some say it keeps a mountain of treasure in its cave, some say it is a vicious beast, some say it protects the village nearby, some claim it can grant their wishes, and some just think it's nothing more than a fairytale.

He is not. The dragon is very real, although he isn't bothered by what people think of him in the slightest. He also doesn't have a grand treasure, nor does he grant wishes, like a magical genie. He is not interested in eating humans either. And as for protecting them…well.

This is the story of the time before the legends, how they came to life and a dragon in the quest of his snooze.

In a nutshell, this is a simple, light-hearted story with a dragon in it. What I have in mind is a relatively short one compared to most of the works in this site, but we'll see where it goes.

This is my first attempt at writing something like this, so please be patient and kind in pointing out mistakes.

As for the posting schedule...let's say it will be sporadic.

Hope you enjoy reading, as much as I do while writing it…

Cover art by Nane, aka me.