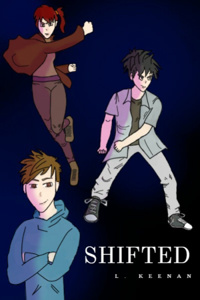 Ichiro is a sixteen years old teenager who lost his parents when he was just born and now lives at a little town orphanage, with no intention of being adopted by someone else,the only thing he wants is to have a normal life with his real family. He only has a couple of months left before being forced to leave the orphanage because of his age and the only alternative he finds to reunite with his parents is to travel back in time.

He will build an device that will allow him to travel to any point in space-time. Ichiro only has one goal in mind; to bring his parents from the past and take them to the present, along with his friends Katsuo and Lei will travel to the past to achieve it. However, their original plans would be interrupted when in the middle of the trip they discover that Ichiro's parents were working to stop an evil corporation that has the purpose of taking over the world and now the future of both realities is in danger. Now they will have to travel to different dates in the past to find out the plans of said corporation to save their own reality. It is worth mentioning that they will not be traveling alone, another traveler will be following them to stop them.

The title says it all. As only three chapters have been released by now, not much can truly be said about the story. Several characters have been shown off. Not enough time to truly see their personality, but that might change in the future.

It's not written perfectly. Minor mistakes do pop up every now and then. Not the worst though. As long as perfection isn't required, the grammar is good enough for now.