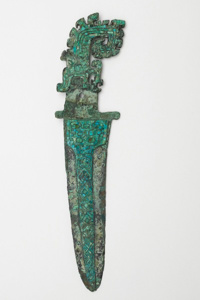 First attempt at a story.

Alyx is reincarnated in another world, where he gains a class that allows him to shapeshift.

Join him on his adventures, where he will come into conflict with everything from elves to gods.

This story will have multiple forms, body modification, and a potty-mouthed main character.

I will be going for 3-4 chapters a week, you know how it is, got to deal with that nine to five first and foremost.

Reviewed at: Chapter 13 : Owls can see in the dark?

This story doesn't have any reviews, so I thought I would start off.

First thing, I like the basis for the story, even though its quite early on, the system seems interesting, and shape-shifting stories are always welcome.

The only criticism I can lay is that whilst the characters actions are justified, their interactions seem robotic and stiff. Also the mc doesn't seem to have much of a reaction to being transported to this new world  although it does seem he may be in shock, as he also didn't seem to react to being injured.

Overall, a good start and whilst this may be a first attempt, as the author gets more practise, I can only see it getting better.

Have you heard of Punctuation?

The story has a weird disassociation from reality. A man gets transported to another world (story says reincarnated though). He finds himself in a forest. He jumps, sings and dances without any care for knowing where he is even though he has been in an accident where his truck had hit a tentacled creature.

Grammar: The author knows that punctuation marks exists, and that he should use them in the story, but has absolutely no idea of where one must do that. The sentences just doesn't make sense. The grammar needs improvement and the frequent spelling mistakes must be corrected.

Easily bigger than your average dumpster, it was covered in brown fur and roughly the shape of a bear, which is why Alyx had thought it to be a bear. Upon raising its head and making eye contact with him Alyx realized what exactly he was starring at, though he could scarcely believe it.

That's not just it. The author gets tenses wrong, the viewpoint gets shifted horribly and I have no idea if the story is in first person, second person or third person.

Characters don't behave like they should considering their background. In the latest chapter, the hunters with more than 75 years of experience should have gone for kill notification and only then relaxed. It doesn't seem to be the case. Also, the MC who was teleported to an entirely new place is not cautious at all. He just goes with the flow. The author however seems to hate gods in general and have made them as power hungry kings who wants their way. That seems to be the only honest character representation.

Story: The plot seems good though, albeit rushed. World building could be better. There is power creep happening in just a few chapters. There are other problems. The MC is brought into a village. How big? How many are there? We have no idea. We know of the village chief's description, but nothing else about the village at all. No descriptions about elves, nothing about anyone curious to get a look at a human, no preparations for the festival... Absolutely nothing in terms of world building.

And author, please go back and corect your mistakes. Not doing so would make it seems like you don't want to improve.

Reviewed at: Chapter 1 The Jump.

The grammar is terrible.  In the first couple paragraphs you'll see multiple errors:

Species tier 5 is below minimum requirements, Please select a new species at tier 6

This should be tier 5 species, and please should not be capitalized.

A banner, or the banner would work better.  There should also be a comma in between corpses and banner.

and a gleaming polished bastard sword in the other. looking

After a period there should be two spaces and the next word should be capatilized.

There is no punctuation at the end of this sentence.

So far a fun romp isekai that leaves you excited for moar. Has an interesting take on class/skill system and, better yet, an intriguing MC presented with many possible directions for the plot. Just starting out, the story is already far above average for rrl. The foreshadowing and many, many openings for world building and character development demonstrate potential, and every indication of improving/evolving quickly. Some grammar/sentence structure stuff to be expected for a developing writer posting drafts to rrl, but you have to already be looking for them to really notice.

To the author: great job so far. Looking forward to the story and whatever else you have to offer down the road.

Reviewed at: The world turns, the shifter fails to notice

okay disclaimer i am a simple man with simple needs.

first off the grammar is good i only found one slip up and it was just a random letter that was capitalized, story wise its pretty good and i would comment on the characters but my perception of characters is about as blunt as a baseball bat so just know they aren't terrible and i don't have anything bad to say about them, otherwise i really liked the story so far and hope they keep writing

This is a very fun story about Alyx who can change into the monsters he kills. Well worth reading for a fun time with great characters! The pacing is great! 50 words 50 words 50 words is a poor arbitrary number that doesn't help. I'm writing a review because I like the story and want people to read it not to offer a lengthy critique.

P.S. the grammar issues that other reviews mention have since been edited out.

Can help but dislike the entire plot

Reviewed at: It only leads to more questions!

Yeah i wasn't expecting to make a review on this novel, first of the grammar, it has many un edited sentences while still having some words that dont fit the sentence what's so ever like "by or by", this makes no sense whatsoever since there are words like, like or as.

My most disliked thing about this novel are the characters and how bland they are, first of the MC meets two scouting elves since his transportation(yes and i mean this because he is in his original body with everything he had since than)they aren't anything note worthy just some annoying side characters, Fisrt off even i can tell that he just dosen't have personal safety, secondly he was already a red flag after the third chapter when he sings and dances in the middle of a fucking forest not caring for his own personal safety while being completely blind to everything around, i will say the would building is ok at best since it's always sound. Plus im only running on fumes after a 2 hour nap when i haven't slept for 3 days and i still would know that the MC isn't methodical or smart but just plain stupid but all of a sudden the man gets i more brain cell and suddenly ask important questions(when he killed a bearowl he had it's essence and was well as the title says)when he's in captivity of the elven scouts he asked questions like if "he gets the intelligence of the animal he captured" and "if the passive skilles he has would change if its percentage or like a 2+0 = 2 strength kinda thing cause all i see is plot armor at play. Im also low on fumes as of this review so it won't be able to capture the annoyance of the MC of this novel but after reading it to chapter seven(which is where i stoped at) you find yourself J̴̨̧̡̛͍̦̰̼̻̳̹͖̼̎ͭ͒͂̔ͣ́̀Ů̴̵̹̘͕͇͇̮͔̬̲ͪ͂̏̐͌͡Ş̸͎̦̩̱͚͉̾ͧ̑̆ͥ̀́͘͜͜Ť̸̥̮̦͙̪̞͛̒̓̅̐͞͞͞͡͞͞͏̡̨́́̀̀ ̷̡̛͙̳̫̣͉͙͙͙̺̹͚̟͇̮̤́̕͢҉W̡̡͙͇͓̦̱̝̱̰̤̟̫̥͔̰̦̠̬̖͞A̵̵̶̢͕̜͕͔̦̠̫̥ͩͥ̽̆̓̅̈̑̃ͯ͒̋ͭ́̀́́́̕͟͠͡Ṉ̸̴̡̡̩̣͕̻̫̻͓̺͓̠͍̑̍͋̑ͩ̚͘͘̕͝͡Ṯ̵̸̢͖̹͎̫̙̗̫̜͘͘͜͟͞͠͞I͕̟̟͇͓̳͚͈̺ͯ͢҉̴̕̕͜͝͝҉̵̧̀͘͡҉͘N̸̢̡̢̢̬͚͎̦̻̙̋ͯͦͦ̅̓ͪͤͥ̇̌ͩ͒̆ͤ̈́͊͘͜҉̷̷̕͞͏Ģ̷̵̡̛̛̘̲͖̇͂͋̽̿͊͆̈́̽̂̐ͤ̐̆͐͗ͩͦ̑̀́͜͟͢͝͡͡͝ ̛̞͖̟̮̩̹̬̥̏͛̇͐̾ͫ̓ͭ̈́̍̓͊̽̓̊҉̵̷̡̛̀̕̕T̯͉̼̺͔͕̝͛̃̓̎͐̅ͨ̚͏̸̧̀̀͘҉̵̧̀̕̕͟͢O̷̡̢̹̭̖̺̱͉̗͍̹ͧ̋̂͐̌̽̓̌ͦ͂̒̿͌̀̚͢͜͟͡͝ ̸̶̡̧̰͚̲̳̼̥̳̩̬̼̪͍̣͍͕̘̄̉ͤ͋̏̊̕͡͝͠͏͏͜҉̡̕͡͡Ę̶̷̷̶̴̨̨͈͖̜̻̝͉̙̬̾̓̀̆̊̊̐͂͋ͭ̎ͤ̽̏ͭ̈́̃̀́͠N̵̞̜̥̣͚̟̟̞͉̲̫̘ͣ̎͑́̓͑ͣͯ̓̌͠҉̵̷̷̷̢͜͡͞Ḑ̫̼̥̲̺̗̻̜͓̮̹̣͇̗̤̍̇̑̓̈́̃̍̍͋̇͑ ̞̗̟́ͪ͂ͫ͆̌̽͑̊͒͌̌̿ͥͣ̔̓̽̇ͬ͏̵̸̷̶̶̧̧̀͘͘̕͟͜͢T̶̴̡͖̦̳̠̭̤̱̲̮̦̣̬̲̖̜̱̝̪̣̈̏̽̆̇͛̆̈́͢͢͢͝͝͝͠H̢̡̗͖̩̯͕̝̹͙̺͈̲͓̝̆̊ͩͨ̊̆͜͞͝҉̡̨͢͞͠Ĕ̷̵̵͚̙͔̯̺͕͇͉̝̜̅ͩ͗͋̆ͧ҉̷̨̡̨́̕͢͝͝͠͏̵̢ ̖̟̳ͩ̋̇̉P̧͇̹̰̘̻͎̦̾̋̀̊̃̆̃ͧ̐̆̍̔̌ͪ͑̕͢͞͞҉̴̢̨̨̀͟͢͏͜Á̴̴̢̛͙̟̰͚́͢Ỉ̡̡̘͉͖͇̗͌ͤͪͣ̾͒̀̀̕̕͟͜͠͠͠N̵̷̮̪̳͓̤̹̙͖ͧ̌ͦ͊͘͘͘͢͝͡͞ͅ҉̷̨҉̵̶̧͜͟͞