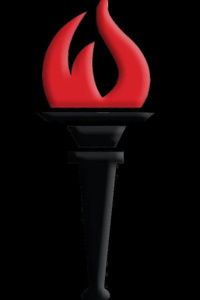 Stare at the dark too long and you’ll eventually see what isn’t there.
Most would call it a normal case of amnesia but the man thought differently, unusually, even. He sought something that he had thought was the beginning of a new life. It started with the lost memories, forgotten name, and an achingly unfamiliar face, shackling his ignorant and petulant self. Delusional and unstable as he may have been, the man considered his ‘rebirth’ as some sort of absolution, an escape from an inner prison.
On the road did the light shine, marking the beginning of a troubling, incomprehensible story. Maybe time would clear his shrouded end, giving him an explanation, a purpose…

Author's note: Overall, this story is split into multiple short stories(books)(between 10-20k words), not necessarily in a chronological order, though the first two are. The first book is The Red Torch.