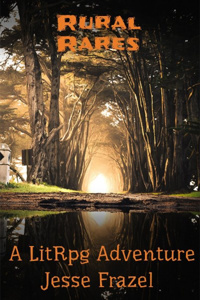 Join Vance as he discovers an odd new fantasy world!

Was thinking it would be funny.

I came expecting a comedy, instead found a nice isekai style plot. The progression is a little slow, Vance seemed a bit annoying but I get how authors tend to do that at the beginning. Grammar seemed decent. A few minor problems, but overall pretty fair. Loved the Chicken scene, it's what I came for. I am not horribly disappointed that it's missing the comedy aspect, but hope to see a bit more in the future. Or maybe that's not what the author was going for? I feel like writing this review is half the chapters length already, I could see a lot of people not wanting to start this until it's finished. The ending of the chapter wasn't horrible, I actually give it a 9/10 for that aspect. The game mechanics are little to none, and I could see a lot of people bailing because it's almost non existent. The way he gets to this new world, is basically a trope. Kind of wish that was explained going in. I hope chapter two picks the speed up a bit, because that's where a book gets put down in my experience if it doesn't pick up speed. Seems like it's written for a more adult crowd, yet childish in its name and plot.