‘Now, focus your intent. You must center yourself,’ Wa Shi lectured, entirely too smug for Tigu’s taste, but she did as she was instructed. She sat in a meditative pose, with Master and Mistress watching on.

“As this Wa Shi is your teacher, if you comprehend this technique swiftly, it is due to my overwhelming skill. If you fail to comprehend it, it is obviously because of your inferiority,’ he continued happily.

Tigu’s eyes snapped open, focusing on the fish. Her claw intent was directed squarely at the beast.

Wa Shi nearly leapt into the river, his eyes switching swiftly from smug to fear. He coughed into his fin.

‘Now, think thoughts of being smaller.’ Tigu thought of her tiny form covered in fur.

‘Think of the happy thoughts of when you were in your form.’ Her Master carrying her on his shoulders. Her Mistress stroking her fur. Training with the Blade of Grass.

‘Then think of how you cannot fit in your home!’ …but she could fit in her home. She fit better now. Sure, it was quite nice to be so small at times, but this was almost superior to—

‘Think of how much of a travesty it is that the food is so small!’ the fish wailed.

Tigu twitched. She grasped Wa Shi firmly by his tail.

She collapsed, her Qi spent to the dregs of her power. At least the Blade of Grass looked winded, thirty-two swords floating and arrayed around them. Offense and defence all in one. A storm of grass blades that together reached for the heavens.

A victory, to make her use her full strength, if only for a moment.

“Has the exhaustion changed anything?” Xiulan asked, getting her breathing under control.

Tigu shook her head, before slumping further and sighing. No feeling of being about to change back. She was just tired.

“Well, you have improved dramatically. Your movement technique… it is one that is sure to surprise. If I was not competing, I could see you perhaps winning the entire Dueling Peaks tournament.” Xiulan smiled at the girl.

Tigu offered her a gesture she had seen her Master perform. A single finger stuck up proudly.

Xiulan laughed as she scooped the smaller woman up, and took her back home.

“You’re sleeping with me tonight. Master Jin and Senior Sister need their privacy, at least occasionally.”

“Her Qi doesn’t smell any different,” her Mistress mused, as deft hands pushed into Tigu’s back. She moaned with pleasure.

“The muscles, on the other hand, are slightly denser than they should be. A bit more solid as well. Ri Zu?”

‘Pulse is slightly faster, Master. No Qi snarls that Ri Zu can feel!’

“So… what could be preventing you from turning back?” Mistress asked, as her fingers went to work in Tigu’s hair, rubbing along her scalp.

Tigu didn’t know. But if she kept getting treated like this, she didn’t particularly care.

The earth spirit pondered her question. The gold-cracked thing ran her fingers through her hair, cocked her head to the side, paced back and forth and eventually…

The earth spirit then yawned, and went back to lazing on top of a patch of grass.

Back to silence, after they had spoken?!

Mud splattered. The spirit laughed. Laughed, until Tigu grabbed both sides of the irritating thing’s face, and smashed her forehead into it.

Then the spirit laughed harder, as Tigu staggered around, rubbing the nasty, rapidly forming bruise.

The spirit, with a wry grin, knocked on her own forehead proudly, then knocked on a rock.

An ear-splitting crack, and a blinding flash.

“Is that all you’ve got, you frilled glutton?! You’re no dragon, you’re a fat fish!”

Another crack of air shattering.

Laughter. “Like you could ever actually slay me! I could withstand your lightning for weeks without being truly harmed!”

The dragon’s eyes narrowed. Beginning from his tail, each spine on his back began to flash electric blue in sequence, growing in power and brightness. Sparks leapt between his horns. Muscles contracted, and a low groan, rising in pitch and intensity, filled the air.

An orange haired girl lay on her back, smoking slightly, and twitching occasionally. She shakily raised her hand, and stared at her fingers.

A fish collapsed to the ground, huffing and panting.

“...Why?” Meiling asked, one hand on her face, and clearly fighting the impulse to run over and check on Tigu, who was already sitting back up, albeit slightly singed.

Jin sighed. “She said she transformed with lightning, so…”

“Master said metal attracts lightning, right?” Tigu asked, as she stared contemplatively at a shovel, and then turning speculatively to the storm clouds in the distance.

“Oh no, none of that,” Meiling snarled, getting up, and marching over to fuss over Tigu.

Xiulan, on the other hand, just stared contemplatively at the panting fish, her eyes considering.

The topic was written on top of the slate with exacting strokes. The board was filled with questions, many of them crossed off, and some of them with question marks beside them. Today, Ri Zu sat at the right hand position of the table, organising her notes. The head of the table was ceremonially empty. She shuffled the sheaves of paper, considered them, and placed them onto the table, having come to her conclusion.

‘None of this makes any sense,’ the rat declared, scratching at her nose. They had tried everything that could be thought of, and no one—not Ri Zu’s Master, not the Master of Fa Ram, not Young Miss Xiulan, or even Disciple Gou Ren—had any ideas.

The reactions were less than she hoped. She had Brother Chun Ke’s full attention, as always, but he seemed quite unconcerned. Pi Pa was similarly minded, simply shrugging. Tigu yawned, tugging at her still frizzled hair, and Wa Shi was asleep, drooling after expending his power.

Ri Zu sighed, and leaned back in disgust. She supposed that she was the one most concerned about this, as she was still of two minds about this whole mess. The first part screamed that such a transformation was unnatural. That Tigu was just like Chow Ji, chasing a form she had no right in possessing. That she had stained herself, and her very soul in performing the act.

Yet… yet that part was probably wrong. She had no visceral reaction to Wa Shi. She had simply nodded her head, as if “this is the way things were” and it was expected for a fish to change in such a way. Curious, but it had been an ingrained reaction. Like she already knew that that was supposed to happen. It was an odd reaction, now that she thought about it further. Why is it natural for a carp to become a dragon?

Was the Human Transformation really so different? She was human now. Human… And that was it. No corrupted limbs, no hunched back, not a single thing, save for slightly too sharp teeth, that might reveal her true origins.

‘Chow Ji bad. Chow Ji have bad form. Tigu good. Tigu have good form?’ Brother Chun Ke had mused. It was a profound statement. Months ago, Ri Zu would have scoffed, and proclaimed the cat nearly as wicked as her former leader.

If anything, Tigu was nicer as a human. Oh, she was still arrogant, and the shouts of ‘This Young Mistress!’ still came from her lips, but… it seemed to be tempered. The feeling of unease Ri Zu still had sometimes, even with Tigu’s lessons, were completely gone. Tigu had even picked Ri Zu up and put her on her shoulder, declaring that Ri Zu’s legs were too short, and they needed to be faster… even though they were not going anywhere in a hurry.

Then she had picked up Brother Chun Ke, and carried him above her head, much to his squeals of delight. They had been frightfully unbalanced, though. The boar outmassed Tigu thrice over, and came to above her hips at the shoulder.

Ri Zu sighed again. The thought tickled the back of her mind. Human transformation. She could not picture herself as one. But… two indistinct forms. A beautiful man with fiery red hair lay with a small woman—

She turned to Pi Pa and Chun Ke. One alternated between a slim, prim woman, and a chubby, jolly one. The other… well, he was simply big, solid, and jolly. Very Brother Chun Ke.

Ri Zu looked around the table again. Everybody was unconcerned. Tigu probably didn’t even see it as a problem, judging by her reactions. She was failing at something… and yet the desperation and drive to succeed was absent.

“No luck, guys?” The Great Master asked, as he poked his head into the room.

There was a half-hearted chorus of ‘no’s. The Master concentrated intently, hearing them even when they grumbled and whispered.

Tigu clambered onto his back. He absently grabbed her legs, so that her head was peeking over his shoulder.

”Is it urgent to you, Tigu’er?” He asked, and the cat shook her head without thought. “Well, that's fine then. Figure it out as you go. And if you’re human forever… well that’s fine too. Same with everybody. If Wa Shi wants to be in his big mode…if any of you guys decide to follow this path… that's up to you.”

The disciples nodded along, but Ri Zu herself paused.

She stared at Tigu, her content smile as her Master carried her around.

There was one last theory.

The reason why Tigu wasn’t changing back. It wasn’t because she couldn’t.

It was because, deep in her heart, she didn’t actually want to.

The rat tapped her little fingers, as the gathering dispersed.

Yet was that better or worse, than something being wrong?

“Okay, this probably won’t work, but could you try it for me anyway?” her Master asked, looking both amused and slightly guilty. “One last effort?”

Tigu nodded. She pulled her hand down to her waist, as if chambering a punch. Her other hand reached up across her chest, her palm open and facing the floor.

“Transform!” she shouted, as her eyes glowed gold and her Qi flared, encircling her body with light.

There was a brief pause. The Profound Stance of the Masked Hero failed to activate. It felt quite powerful, and she did like the swirling arm movements. But it was currently useless to her.

Tigu tried the next one in the set, concentrating intently, and not noticing the recording crystal being brought to bear. Two fingers framed an eye. Legs spread apart.

Firstly, a sneak peek, as to what our favourite cat looks like. 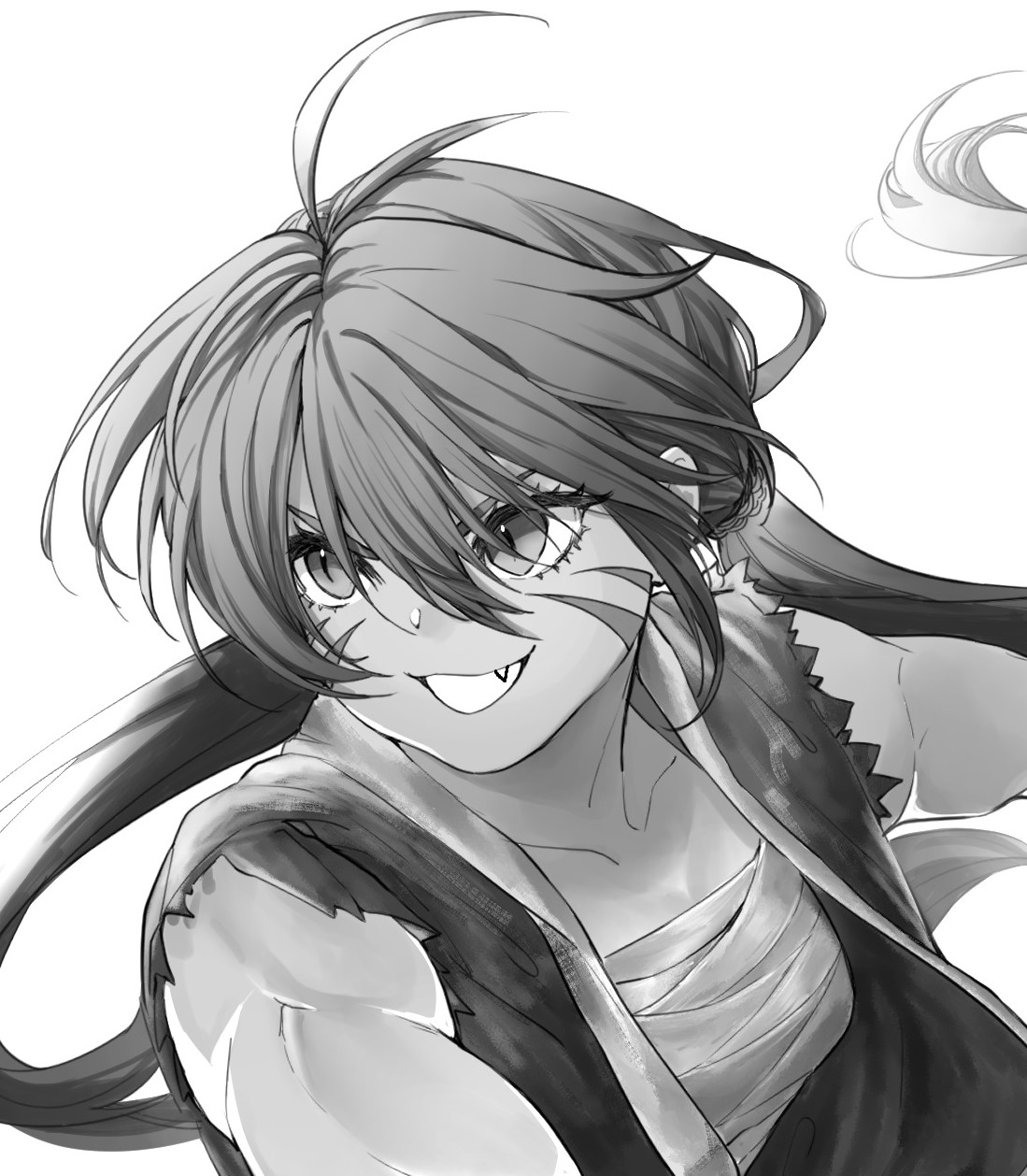 And so we come to the reason why the can't cant go  back to being a cat. or at least, Thats the last thing Rizzo can think of. Been working hard on the book release. Its a bit strange to be reading over my work so much, and looking for things to fix or tweak, but its going along. Hard, exhausting work, though.

A bit more of a humorous misadventure chapter.

And As always, if you wish to read the next chapter, I do have an advanced chapter on patreon.