It had been a massive surprise when Washy jumped up through the water, kicking the crap out of the fish that had dared to move into his section of the house. I was happy with the excitement, because today had been a bit slow and grindy. And a bit lonely. Xiulan had been meditating all day, and Gou Ren was weeding the sudden expanse of rice patties by hand, with a big old rock on his back. My man was getting some muscles! He was still a little lanky, but he looked, surprisingly, agile. I hesitate to say like a monkey, but I’ll be honest. He was starting to look a little bit like the ripped depictions of Wukong. Still lithe and agile, but widening up.

He had certainly been happy with himself. I caught him flexing at his reflection in the water.

Still, trying to calculate how much crushed stone I would need from my reserves (and hell I had one massive gravel pit from all the rocks I had to clear last year) and doing test builds of the road were kind of boring without my wife to check in on me, or the comforting weight of a chicken on one of my shoulders. I wasn’t exactly pining…. Okay, I was pining a bit. But I wasn’t going to be that annoying clingy asshole. Meimei had shit to do, and probably didn’t need me hovering.

And Big D wanted to explore.

So I tried my best on the road instead. Hey, things were looking good so far. I think.

We had all had dinner, and then the other two humans had gone off. Gou Ren, who was working on a new bow for his brother, and Xiulan, to go and meditate on the roof for a bit more, until she went off with Tigger again tonight.

But now.. Well, one of the missing three had returned. Washy was in his trough, and I was cooking another dinner for him.

I was pulling out all the stops, and trying to remember what his favourites were. Washy was down for trying anything once, and so I grabbed stuff that I was certain he hadn’t tried yet. There was some leftover ice cream, from an experiment with the seasoning herbs. It didn’t taste bad. A bit zingy, but still nice enough.

So that got plated up too. As well as some shaved maple ice.

A pretty big spread, if I do say so myself! I couldn’t wait until I made this for Meimei and Big D.

“You’ve got to tell me all about where you’ve been, buddy!” I demanded, as I set everything out for the absolutely smug looking fish.

The rest of the disciples were crowded around him, and he already had a few nuts surrounding him, courtesy of Chunky.

He looked to have tears in his eyes, as I laid out the massive, and varied spread. He bowed his head in thanks, staring up at me with shining eyes.

He took bites, and his eyes shone, slapping the edge of his trough happily.

He didn’t seem inclined to explain, for the first few minutes. That was fine too. I knew the feeling of needing silence for your first home made meal in a while. Just silence, and the ability to savour things. To breathe a sigh of relief, and let it all wash off your back.

Soon enough, all the food was consumed, and I brought out Washy’s normal slate, so he could describe what happened to himself.

The fish regally nodded his head, and looked at the piece of chalk.

And then there was a slight shudder.

I watched as Washy’s front right pectoral fin changed. It was a remarkably swift event. A small blur of Qi… and then Washy was sitting there with a single muscly, clawed arm.

I stared blankly at the development. Tigger twitched, her fur bristling. Peppa’s head tilted to the side, confused. Rizzo’s eyes went wide, and she was at his side in an instant fussing over the new appendage.

Chunky just oinked happily, shoving more nuts and mushrooms at the prodigal son, who received them with decorum and grace.

And then shoved all of them in his mouth at once, as he began to draw.

The carp was, of course, drawn stylized and beautiful, a majestic creature soaring through the water.

And then that transitioned to an incredibly badly drawn turtle. He was fat, ugly, had a lazy eye, and was labeled “turtle soup”. Grass tufts stuck up on his head like wild hair.

And so I listened to the tale of Noble Wa Shi, who cared for a geriactric, annoying, and worthless turtle, who taught him a weak technique that he mastered instantly, and then out of the goodness of his heart, cared for, until he was foully betrayed.

I definitely raised an eyebrow at what I was pretty sure were blatant falsehoods.

The next picture was of him, jumping over a waterfall. There were sparkles and streamers coming off him, and a look of supreme boredom, like he got over with ease.

That one caught my attention. Wasn’t there that legend of a carp jumping over a waterfall and becoming a dragon?

I stared at his clawed arm. Honestly… I should probably be more surprised here. Gasping with shock. But honestly? I was more bemused. What was the point of getting worked up about it?

Wa Shi looked offended. Though I got the feeling that it was because of the “now” portion of my sentence. His arm went to work again. There was another drawing. A carp, an equals sign, and a dragon.

A dragon, a not equals sign, and another dragon.

‘A dragon is what you are. Not what you look like, huh?’

The fish nodded happily. There was a flash, an outline of water and thunder that was just slightly too big to fit in the house… and then a fish again.

I had a dragon living as a dishwasher. Or at least a part dragon.

But… I was just happy he was home. I smiled and shook my head, turning back to Washy as he completed his last drawing, of himself eating a lovely bowl of turtle soup. His dream for the future, written on paper.

The other disciples stood around, looking at the drawings, and making noises at each other. Tigger was intently questioning the fish, who was leaning arrogantly back in his seat, gesturing with his arm.

Washy’s new limb raised up… and landed with a loud smack.

Peppa landed, and with great decorum, turned around. Her eyes were closed, and she was smiling softly. Her muscles were bulging, and there were veins of anger pulsing all over her forehead. She was clearly restraining herself.

A streamer of water was behind her, and landed another loud crack of object meeting flesh.

Peppa’s composure broke. Steam erupted from her nostrils, and Qi swirled around her body.

Tigger said...something with an entirely too smug look on her face. Something that I was pretty sure translated to ‘no fighting in the house’.

I could feel the cruel irony in Tigger’s words. Rizzo squeaked out a giggle, before her hands clapped over her mouth.

The pig started to twitch.

Washy looked entirely too pleased with this event. I thought about intervening, but with a huff, Peppa sat back down.

For the first time that I had seen, Washy got one over on Peppa.

Of course, the next time he decided to leave the house, he was going to get it, but I could see the lack of any real anger.

It was basically two siblings poking at each other.

They all talked for a while longer, as I just observed the reunion. Washy seemed a bit confused at the fact that Tigger was being so cordial to him, or even acknowledging his existence at all, but was obviously happy with the attention. With everybody crowding around him.

It was cute. Like a scene from a children’s fairytale. All it was missing was a rooster.

….Maybe I should write a book? I certainly had enough material for a children’s series…

Whatever Washy said to Tigger seemed to be the final touch, because the cat went off to find Xiulan, her eyes blazing with determination.

The rest stayed with him.

The fish perked up, and wiggled happily.

I turned, and gathered up all the dishes that Washy had, intending on rinsing them off. But when I got to the river room, there was a burst of Qi. Water hurtled past me, the creature riding it back to his lair. To land with a sploosh. The fish stared up at me hopefully. They were his own damn plates!

There was still a smear of sauce on one, and bits of rice in the bowl.

He hadn’t scraped them clean on purpose.

One pectoral fin and one scaled arm slapped happily on the concrete. 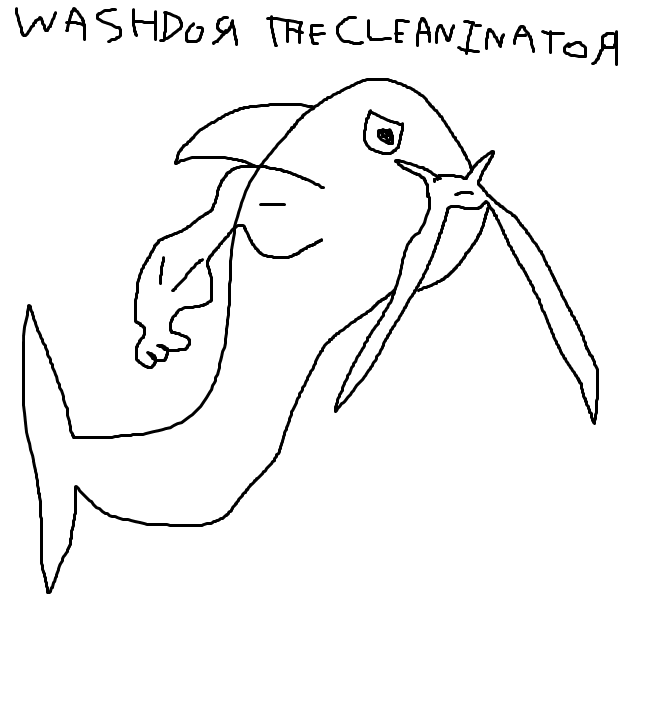 The First Part of this chapter is a little bit short, but they say a Picture is worth a thousand words....

I'm kidding. Hopefully this chapter, when its fully done, will help resovle some things, and push us forwards.

If you feel like supporting the Patreon, heres the plug. Thank you to everybody who has supported so far. It lets me buy art, so you don't have to suffer mine.