“Jin. Put her on a bedroll. I need boiling water right now. Yun Ren, I have some bandages in my pack.” Meimei declared, already rolling up her sleeves. Rizzo hopped to beside her, clambering up onto her shoulder and waiting for instruction.

I put the cultivator girl down as gently as I could as Meimei started barking orders. Well, I had a cultivator in my home. It… well, it was a knee jerk reaction that I just grabbed her and started helping. Somebody needed help, so you help them. Even if they were a cultivator. I think she was trying to warn us about a dangerous beast as well. I wonder what that was? Some sort of Blaze Bear?

Whatever she was here to warn us about, she looked like she had gotten in a fight with a blender and lost. And a toaster, judging by the burns all over her body.

I shook my head, and grabbed the bucket from Gou Ren. Meimei said water right now, so she’d be getting it right now. I had no idea if I could make this work, but hell, I’ll go for it.

I shoved my hand in the bucket. Qi was energy. Energy meant heat, right? I had been toying around with the idea for a while, but they were more idle thoughts than anything concrete. I didn’t mind waiting for the stove to heat things.

I pushed. The water in the bucket immediately started boiling. Like an idiot, my hand was in there-- and it didn’t hurt.

“Meimei!” I called, and she started washing her hands, surprised at the speed. She shot me a grateful smile.

“Yun, Gou. You two go take care of things outside for a while. Jin… help me get her clothes off.” She demanded.

I nearly made a joke about her telling me to undress another woman, but it wasn’t the time, nor the place.

The Xong brothers ventured outside, and I took another woman’s clothes off. I was tempted just to tear them open… but she might be pissed about that later, so they came off normally.

And Meimei went to work.

It was amazing watching her in her element, cataloging wounds, and treating burns like the nurses and surgeons from the before. With Rizzo on her shoulder, and that focused look in her eyes, she looked like some kind of fantasy character. It was cute and cool at the same time.

Shut up, can’t a man be distracted by his fiancee?

The girl was pretty beat up. Numerous cuts and scrapes, a few nasty bruises, and two big cuts that would need stitches. Along with burns up her arms.

“She doesn’t have much qi left, which is why she passed out.” She stated, and sniffed. “And I think one of these wounds has demonic energy in it. I know how to get that out, but it needs qi….” She trailed off for a second.

“You think you could give her some qi? Is that possible?” She asked.

I rifled through Jin Rou’s memories. They came up useless. No, I wasn’t going to pork an unconscious girl. Seriously man? That was the only way you know how? I could just try to do what I did with the plants...

I shrugged. “...I could try. It might hurt her though, qi generally doesn’t play nice, and I don’t know any healing arts.”

Meiling bit her lip. “Untested qi infusion...or some of the spirit herbs.” She said, looking apologetic.

Hey, it's what they were there for. That, and seasoning.

I nodded, and got the spirit herbs. They were still young, and so were less potent, but they were still serviceable. I ground them into the correct consistency, while Rizzo watched me work.

Meiling meanwhile got some more “mundane” medicine, but the herbs used in them were super effective. They definitely worked better than the stuff I was used to, considering how fast they healed Chunky’s face.

She applied these where she could, and stitched up the ones she couldn’t save for the nasty one on her side. For this Meimei used some kind of mystical stuff involving a bit of copper wire, and a bucket filled with what looked like spirit herb tea. She had also drawn on my floor with chalk, referencing from what looked like her personal notebook.

“This is to draw out qi.“ She explained as she worked. “I’ve only done this once before, and that was because my father let me siphon some of his out. He doesn’t have enough to be a cultivator, but he does have some.”

She let out a breath, after examining the formation again. “The Demonic qi is damaging her spirit, and body. See how its leaking some pus right here, and how the veins are going black?”

“So, we need to get it out, and I’ll need your help. I know how to guide the energy, but... I don’t have qi to start it. The Spirit herbs should be taking care of it, but this stuff is thick. Like tar.”

She put her hands on either side of the wound.

My hand lay over top hers. I smiled. “Take what you need. Whenever you need it.”

Meimei smiled. “Alright, on three. Just a little into my hands. One, two, three!”

I could still feel my qi, as it latched on to something absolutely vile. A gibbering, ravenous thing that felt like rotting pus and diseased blood.

There was an odd thrumming down the wire, and black, infected looking qi spilled into the bucket. There was strength being siphoned off, and it writhed in the spirit herb liquid, twitching like it was dying.

“This is very easy to work with.” She muttered, “The last time I did this, the qi fought me, and it tried to find its own path, but yours is so responsive.”

“It knows not to disobey it’s wife.” I joked, trying to lighten the mood.

She rolled her eyes and continued her work, carefully siphoning off the demonic qi. The grassy field got stronger, and the demonic qi got weaker.

Sweat beaded on her brow as she carefully extracted the impurities.

One of my hands was on hers, one was on her back, a glorified battery.

She was losing the battle. The verdant grass was wilting, turning brown from the corrosive qi. It smelled of rot and death, the lush valley corrupting into a charnel house.

The demonic qi was tricky. It had hidden itself well, pushing and prodding at her soul, and waiting until she was weak enough to pounce.

It was bad enough that her body was weakened, but her spirit too was under assault, the last vestiges of the Sun brothers striking and biting at her.

She thought it was her end, when the demonic qi started losing power. It was being siphoned off, by an unknown force. Little tendrils of green energy, defeating it with as much stealth as it tried to defeat her.

She was blessed by the heavens. Either another cultivator had helped her… or the mortals knew healing arts. Both were luck beyond measure.

She redoubled her efforts, blades made of grass striking, stabbing, and pinning the Demonic qi, and letting her healers further help her.

The demonic qi screamed, and cursed, but it was all for naught. The last vestiges of corruption were lifted from her soul, and comforting darkness embraced her.

Meiling was panting by the end. Her face was flushed, her brow was slick with sweat, and she had a triumphant grin on her face.

Gods, she was beautiful.

Her face flushed, and she looked away. Ah, I had said that out loud.

I kissed her on the forehead, and she buried her head onto my neck, sighing with exhaustion and contentment.

The pail of water was slightly sludgy looking. I had no idea what to do with it, it looked pretty nasty. I’d have to dilute it again, and hopefully that would be enough. Maybe some qi into it, to make it less toxic?

I carried the cultivator girl to my bed. She had been put into one of my shirts, to preserve her modesty. There was no disguising that one of her wounds was packed with Lowly Spiritual Herbs.

Something that may cause me problems in the future, but I would deal with them when they came.

The cultivator girl spent the rest of the day asleep.

My friends didn’t end up going back home that day, but it was all good. 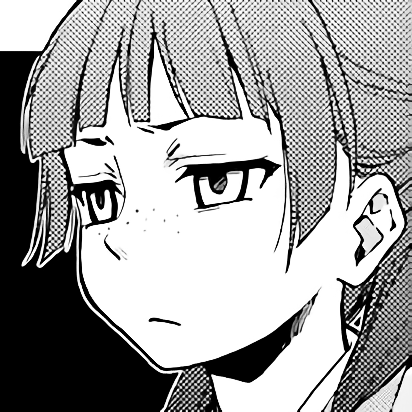 The Reference image for Meiling

Edit: Changed the image. source is the kusuriya no hitorigoto  manga