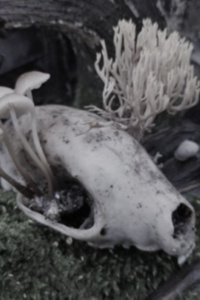 “That had better be a joke- I’m not risking a fight with a woe-beast for a pouch full of yitzen.”

“Oh come’awn, Dervis, this were the only work ‘Aw could find! There aren’t any postings out for the usual stuff. The guilds idn’t asking for ingrejints and e’ry one else grabbed the scrap dives ‘fore I could get at’em”. The second man tossed the missive on the table, grumbling as he pulled himself up and into a seat. When he sat, his dark iron boots hovered above the floor. Both obviously annoyed with the other, their argument continued, carrying over the sounds of other mercenaries in the room. A large group had formed around the bar, regaling one another with stories from the swamps and their adventures down the mountain trail and into the Mire, eliciting the occasional wave of laughter. The smell of nectar wine and sour smoke gave the air a sting.

“We don’t even have anything to go on, Turq. Do you just expect us to wander around the wastes looking for this dirk-eating fool? Tell them you found the idiot dead and collect the reward.” Dervis pulled out a short pipe and stuffed it with thin, crimson stamens. Specks of magical sparks flitted from his thumb as he snapped at the tip of his pipe. Billowing smoke began seeping from his nostrils as the red stamens caught fire. In the dark of the room, those few sparks illuminated his white chitin armor. Layers of shell-like carapaces covered him from the shoulders down and a white helmet to match sat on the table looking like a spinning top. He pulled a long draw of the cloudy white as his partner protested.

“They in’t just giver up without proof he’s croaked, ya blue-skinned ijit!” Turq’s accent thickened as he grew more frustrated, pounding his fist on the table. “Whaddya think we can sit round an’ wait ‘til the boards fill up agin? We’re gon’ out an we- “ his sentence trailed as a stranger approached the table. A dark green cloak hid most of his features. Thick, tan, ceramic slabs hung from his shoulders on heavy twine, protecting his chest. Pale-yellow trousers, frayed and covered in dirt, led down to heavy leather boots that were most likely generations old. The stranger spoke.

“It sounds like you could use another sword at your side.” His voice was low and rough. “I can lend you my blade for an even split of the pay. You’re going to need the help if you’re going down the mountains.” He rasped out the offer and cut the sudden silence at the table. His gaze lifted, revealing smooth skin blemished with only the occasional smudge of dirt. He was young. Slowly, the stranger pulled back his hood. A moment of tense silence passed before he spoke again. “Well then? I’m not gonna stand here all day waiting for an answer.”

Dervis and Turq slowly glanced at one another. The surprise faded from their faces as they both began to grin and then heartily broke out into laughter. Their uproar was noticed by the room and a few other patrons glanced over their shoulders before returning to their drinks. The stranger shifted his weight uneasily, glancing around at the eyes that looked over shoulders to see what could cause so much laughter. He opened his mouth to protest, but instead furrowed his brow and huffed. Turq wiped a tear from his eye as he caught his breath, his boots swinging above the floor in his chair. “Git back to the farm ya came from, lad, afore ya ma comes lookin’ for ya!”

His alabaster armor clinking against itself with each chuckle, Dervis mocked the stranger further. “If we need another sword at our side then we’ll ask the smith to forge us one. Now beat it, kid, I don’t get paid enough to babysit.” He took another long drag at his pipe and puffed a ring of smoke at the stranger’s face, who proceeded to bat it away while trying, and failing, to stifle a cough. The stranger’s brow relaxed and he stepped forward.

“Look, please, I- I- I- I’m capable and I’ve got a good sword arm!” It was obvious now that he had been desperately trying to deepen his voice before. He continued. “ I could maybe help you out! I just need a chance to prove myself, just one gig to help me break into the craft. Nobody will contract me out without some experience! I- I won’t even take a cut, just give me the reputation credits and then I’ll be out of your hair, I swear! Please give me a chance. I really need this and I- I- I- I- I know I’m capable, this stuff is in my blood! If I can’t find a contract soon I- I won't have any choice but to go back to...” He didn’t want to admit that he was indeed a farmer’s son after the mercenary Turq had so plainly guessed it, “...where I came from. Please, I just need a little help.”

After another puff of smoke, Dervis straightened in his chair. Even sitting, he was almost eye-level with the stranger. He had stopped laughing and instead wore a glare that made the stranger feel like he was being hunted. “We don’t need help, kid. We need coin.” He paused, chewing the end of his pipe. After a moment he relaxed again, sitting back and putting one foot on the table, balancing his chair precariously. “How about this- you can take the contract. We’ll take thirty yitzen up front to get us by until the boards have something new. You can have the rest of the reward, plus all the rep creds. All you gotta do is wander around in the wastes for a while, find this dirk-eaters body, and bring back enough of him to satisfy his crying parents.”

The stranger straightened himself, puzzled. “You- hold on… I can have all the rep creds AND the reward-...”

“Minus our forty yitzen,” interrupted Turq.

“Tak’it or leav’it lad,” he grumbled. Another moment passed, the stranger thinking intently.

“Okay… Okay ya, this sounds good. This sounds great, actually! Wow! Thank you so much! This is really gonna help me out. W- w- when can we leave? I can…” he fumbled in a pouch on his side, “Will we need any extra supplies?” The mercs glanced at one another and back at the young farmhand.

The young farmhand stared blankly, lost in his excitement. “OH, ya, no- yes! It’s right here, I’ve- uh…” A tiny, worn pouch hung on a string, jingling as he searched through it for a handful of coins. He set them down on the table with a smile, neatly stacked in a silver tower. “So when are we going out? Do we need to get anything to prep?”

“‘WE’ aren’t going anywhere, kid,” Dervis huffed and shook his head. This annoying newcomer wasn’t getting it. “YOU on the other hand are free to leave whenever you want. And if you wanna ‘prep’ then go find a priest and ask for your last rites.” The two of them chuckled again. Turq grabbed the contract and shoved it into the stranger’s gut causing him to stumble backward. The stranger caught himself and stared at the contract in his hand. He took a step back, another, and then turned from the table and the taunting and chuckling of the mercenaries. He headed towards the door, leaving behind the stale, sweet tang of the bar air.

“I’ll bet you a round that he doesn’t make it back,” scoffed Dervis.

“Ha! The lad gets back to that gate alive and I’ll buy a round’a nectar for you, ‘em, and ‘is momma!” Their laughter faded into the room.

Bio: I'm excellent at writing informative and compelling essays, but I want to write fantasy fiction! I've just started writing and I'm currently working on my first short story in a world I'm creating as the story evolves.

I would absolutely love some feedback on the plot, characters, development, world-building, structure, and pacing! I NEED AS MUCH BIG PICTURE ADVICE AS I CAN GET!! Take a couple minutes and tell me what you think.