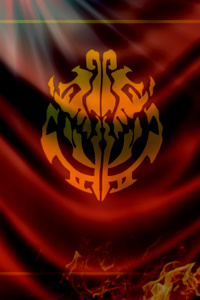 In the wake of the Battle of Katze Plains, the banner of Ainz Ooal Gown flies proudly over the city of E-Rantel. The Sorcerous Kingdom has entered the world’s stage to the clamor of death and devastation; the surrounding nations fearfully prepare even as they reel from its calamitous debut. Within the borders of the newly annexed realm, its Human subjects cower in their homes as the Undead openly walk the streets and stalk the lands. Yet, when a destitute noble finds herself under the auspices of an unlikely benefactor, events are set into motion that will resound over the world for ages to come.

This is really well written and interesting, I just think it's a shame that the audience will probably be quite limited due to its nature. But, for anyone reading this review I will give a strong recommendation to read this even if you're not super familiar with the source material, or even if you're completely unfamiliar.

The perspective it comes from being a character who is unfamiliar with what she's interacting with allows it to be pretty much understandable even if you haven't read the source material, while if you have it gives you some additional understanding of what's really happening.

What to expect - politics, management, lots of talking. If that's not for you, this story probably isn't for you.

Story is tagged with action and adventure, but I would say action isn't too accurate, so far at least. Adventure is decently accurate.


I considered lowering the story score because if I really had to say... not much has actually happened so far. It's certainly interesting, and the world and characters are definitely changing, but if I were to give a summary of the story itself so far, I could probably do it in 3 sentences. There's some possible drama lurking in the background, but if you want a deep story that makes you feel things, I don't think this is it.
I ended up sticking with a 5 because at the same time, I wouldn't want this to change in any way. It would just get in the way of the main focus and attraction of the story, so since I can't see it being any better, it's a 5.

Eagerly looking forward to how it goes!

I am a fan of Overlord. Seeing those characters come alive here is quite a treat!

The story following the perspective of a small-time noble out in the boonies while the world is shaken up by advent of Nazarik is worth exploring. I shall look forward to her adventures and growth.

I guess the story is building momentum now, with the baroness starting building up her domain while Ainz plays around in Holy Land. I wonder how the story of the war/massacre later *not spoiling more* will reconcile with this tale? Oh, I am also looking forward to when Ludmila actually meets the Sorcerer King!

One thing I noticed is a jarring shift in context while reading a new chapter but the perspective is shifted to another character without any forewarning. Perhaps a header with a character name or some such would be useful!

No more suggestions besides above. Loving the story so far. Please keep up the good work!

The story is captivating enough that I want to keep reading. Based off of Overlord, it would be helpful to have read it before starting this novel as there are some spoilers. The characters are well written and no grammar issues. I will update this review as I get further into the story.

The plot focus on the management of the territory and nobles life so far which give nice and new view , characters we didn't see in the original one