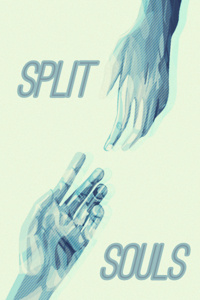 The cat was basking in the sun. It was a nice day. His perch was comfortable. The feathers made for good lying, and the dinosaur was properly careful not to jostle him.

His human reached out to stroke him. The cat allowed it. Sam said something in his language, but the cat only caught his name. Jimmy. His old human had called him differently.

It didn’t matter. Jimmy, Gatuco, or something else, names were for humans. Cats had superior ways of communicating. If needed, others might call him something the human would translate as ‘he who sleeps atop the world’.

It was a nice day for a nap. Although the other dinosaur was talking too much, and his mount moved when answering.

Maybe he should have chosen different servants. But this one’s feathers were very nice.

It had been no trouble to acquire them. He knew they would insist on transporting him if he showed them favor. And brought his keeper along.

These dinosaurs were easy prey. Even if you couldn’t eat them. Not that he had tried; he imagined they would taste terrible. Big things usually did.

Still, it was good that he came here. A place with natives who knew to properly adore him and give him all the food he wanted. Even if they didn’t have his favorite cheese-covered treats.

After a while, Sam lifted him down from his perch. He stalked off and found a nice spot to curl up in the back of the cart. The other humans watched him, but he ignored them. The dinosaurs and his keeper talked, but such matters were beneath his notice, so he ignored them too.

When he woke from his nap, he stretched and looked outside. They had stopped, and the humans were moving things around. The landscape outside was boring. He spotted a rustling in the bushes and stalked closer to investigate.

It was a small dinosaur. Everything here seemed to be a dinosaur. This one had feathers and a few claws and it screeched at him.

That could not be tolerated.

He puffed himself up, hissing. The prey moved. He sprang forward, and claws almost caught on his fur.

The prey started running. He gave chase, excited. He hadn’t had a good chase in a while, since before they had crossed over. It was good that this world had proper prey, too.

He sprang at the prey. Its hide beneath the feathers was thick. His teeth barely punctured it. The prey screeched at him and scuttled off again.

He followed it into the bushes. It was quick. He couldn’t allow prey to escape. He needed to bring it down with the awesome might of the cat.

He slowed down, focused. A pool of water sprang into life before the prey, and it slipped and tumbled into it, sinking to its neck into the abyss. He jumped to follow and bit down into its throat until it stopped struggling.

He turned. Sam stood there among the bushes staring at him, eyes wide.

This was a problem.

His human might realize he had brought them here. It was only a small jump from conjuring a magical puddle to conjuring a portal through water between worlds.

The cat yawned and stalked towards him. He liked Sam. But the future of all cat-kind was at stake.

Not that he cared about cat-kind. But he wanted to rub his success in the faces of the others who had made fun of him. And if dinosaurs encountered more cats, they could better be trained how to properly serve them.

He used his magic.

The ground under the human rippled and turned into water. The portal connected to the other world. Sam looked surprised as he was sucked in.

There was the loud splash of a human falling into an ocean.

He closed the portal.

A note from Mad Sadie

Full title quote: Cats will amusingly tolerate humans until someone comes up with a tin opener that can be operated with a paw. ~ Sir Terry Pratchett

Also, April Fools! This chapter was written by the lovely Tejoka, as part of the yearly April Fools Swap! Go check her stuff out! I wrote this chapter for Thedude, and the April 1st chapter for Time and Tied! Have fun checking them out!