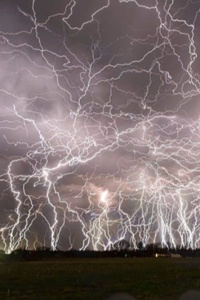 While focusing on a project like the land grants was technical and fun for me, it was still exhausting in its own way; the pressure to make the correct decisions was huge. Putting a final stamp on the plan was a relief and Mouse was there to make the relief more tangible.

It is truly amazing how a beautiful woman can change your outlook on any situation; just her smile would lift my spirits and change my attitude. The promise of her delicious body wasn’t what tipped the scales;, it was her radiant attitude and positive demeanor. Who couldn’t be positive and happy with a person like that around? Under the influence of Mouse, I blessed the plan and sent it to print.

‘Sending it to print’ was a bit of future slang; what actually happened was that we assembled six deer skins into a large piece of leather and Michelle painted the map onto it. We really didn’t have the tools to present it in any other public manner, and creating a smooth wooden plank would have taken too long. So we stitched six tanned and squared hides into a large piece of leather and stretched it on a frame, then Michelle drew the lines on it as well as possible.

Michelle had a very steady hand and the map was mostly perfect - far better than I could have done. The lots were outlined and clearly numbered. I mostly sat back and observed as this all happened, it didn’t hurt to have a beautiful Mouse at my side to keep me amused and distracted.

The sign was erected in the middle of our little temporary village, just on the side of the road. It was available to everyone and we’d make sure they all got a chance to examine it. That included our boatmen, who were all still here at the present moment.

We were trying to recruit boatmen with families or with family desires so we could add long-term hardworking residents to our town. I wanted them to have a chance to put down real roots here since their occupation would disappear quickly with the onrush of steam-powered boats. I fully intended to be at the forefront of that wave of industrial advancement; our patent plan would help with that.

We had a few reams of paper left for my printer so we printed out a paper copy for each boat captain. They could post it so the crew could consider it on a daily basis during their upcoming trip to pick up our goods in storage down in St. Louis. Being the retentive person I was, I did have a cheap laminator with a very limited supply of lamination sheets; I knew fifty sheets wouldn’t last long so I was exceedingly sparing with its use. One sheet for each boat, tacked up on the fo’c’sle of the boat. Weatherproof and basically damage-proof, that cheap laminator was possibly the best twenty-seven dollars I’d ever spent online.

We had several big events coming up starting with the buffalo hunt, followed closely by the first haying of the season. You only got two cuts during most years and we’d need them both to get our herds through the winter. In the middle of all of that I needed to make a trip up to see Henry Leavenworth and complete that particular deal; the price of gold wasn’t going to change much in the coming century and it was always best to make hay while the sun was shining. We had to start converting patents into money and to do that I had to get back east.

The grant maps were posted and we announced that the lottery would be held immediately upon the boats returning from the St. Louis run. They would be heading out tomorrow morning to pick up supplies and the items we had left in the warehouse. Patrick and I would be taking his boat up to Fort Atkinson immediately after the buffalo hunt. I had a pretty good understanding of how to butcher and preserve the meat afterwards, and anything I didn’t know at that point could be learned next year or possibly even during the winter.

The buffalo would be here in two or three days and the Pawnee had already set up camp out at the edge of the prairie. There were a surprising number of them and this would be an impressive operation to watch. They had been doing this for hundreds of years and set up a village with the casual perfection that reflected that multi-generational expertise. Pete had scouted out the campsites and they knew how to direct the buffalo herd almost exactly where they wanted them.

It was a lot of hard work for most people involved but for leadership it simply meant a lot of meetings, endless ceremony and pointless hobnobbing. I allowed Mouse to outfit me and I simply acquiesced to the requirements; this was a part of being in charge that I was slowly getting used to. I didn’t like it much but it seemed to be a part of my job description at this point so I went along with it while I focused on my priorities. There was a huge risk to us all if I allowed myself to be distracted by issues outside of my sphere of responsibility; I was relegated by necessity to political role. How had my world come to this?

Pawnee traditions and politics had slipped from my mind with all the activity of recent weeks. So very much had happened in such a short period of time, and I was truly looking forward to some serious time to mentally digest everything. During the buffalo hunt though, I was forced to remember that I was married to two Pawnee women and I needed to represent that to maintain the delicate relationship I had with the tribe. Never mind the fact that I had yet to consummate marriage with either of them and I was trying to avoid it – I truly wasn’t in the market for a wife. I hoped to hell that neither Banshee or Mouse would admit to that.

Besides, Banshee scared the hell out of me. Even more frighteningly, I was pretty sure that I had fallen in love with Mouse.