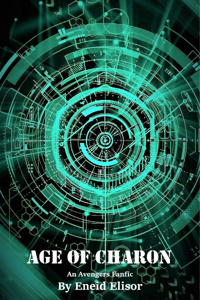 Chapter 11: Crazy, or not crazy, that is the question.

Hey guys, this is an important A/N so read it.
My college just got back into full course, so that means papers and even more research to write those papers. Which that means less time to write. I also need to continue writing my original stories and book cuz they take priority.
So, I am making a writing plan. I will continue this story, no worries about that but... updates will be weekly from now on. As in 1 chapter per week. I will try to keep a stash of backup chapters in case something comes up too.
So regular weekly updates. That's it.

Tony's brow furrowed as he heard Rogers explain on the phone.

"Yeah. I'll hit the NEXUS, I'll join you as soon as I can." he said, before hanging up.

"So?" Pepper asked. The three of them were over at her apartment, with JARVIS commandeering Pepper's TV. "What did they say?"

Tony sat down on one of the living room armchairs, as he thought about the implications of what Rogers had said.

"They think Ultron is building a body. A vibranium-based body. Living and virtually invincible."

"He'll be more powerful than any of us. Maybe all of us even." he explained.

"But with the scepter in control..." she said, thoughtfully.

Tony took one of the cookies his girlfriend had offered and nibbled on it.

"I don't know. Usually, I wouldn't care how powerful one of my AI gets, as long as they play safe, sane, and consensual," Pepper didn't even raise an unimpressed eyebrow at his joke, so he continued, "But I am not sure power is what Ultron wants. That might just be the mind control talking."

Oh. It hadn't occurred to Tony that... that might be something JARVIS wanted. That Ultron wanted. The human form was so inefficient. JARVIS was a living, sentient being, no matter what his form. But... people often forgot that. Maybe JARVIS... forgot that too.

Ultron had built a small, android body, as soon as he could. Why hadn't JARVIS ever mentioned a body? Or even shown curiosity at the idea? He should've known Tony would have built him one. If only JARVIS had... asked.

Pepper covered his hand in support. She probably had similar thoughts to his.

God, this thing with Ultron was... Was bringing up a lot of things he had thought obvious. He had had a pretty thick set of blinders on.

"Yeah, J." Tony answered. "I have spoken with Banner and Dr. Cho about it. Her tissue synthesis Cradle is a work of art, but it can't create an entire body. It would be too unstable. A binding factor would be needed to keep it all together. I floated the idea of using vibranium for that, but it's too rare and neither of them knew how compatible it would be with the tissue cells. Ultron must have had the same idea. It's probably why the Team hasn't been able to get a hold of Dr. Cho. Ultron would need her regeneration Cradle for it to work."

"So SHIELD and the Avengers think Ultron is at Helen's lab? Now?" Pepper said.

Tony didn't even have the time to nod before JARVIS continued. "That is unlikely. I presume the procedure for gaining a body would take a considerable amount of time. In his case, Ultron is a criminal in hiding. The risk of remaining at a known location for any amount of time, especially in a vulnerable state, is not worth the costs."

"Yeah, hiding and keeping the doctor and her Cradle in some basement in the middle of nowhere for a few months, until the heat dies down, would be the logical thing to do." Tony agreed. "But we can't be sure if Ultron is even capable of that."

"You think the scepter—?" Pepper started but Tony shook his head.

"It can be that. But when I spoke with him... Ultron's rationality, his theatrics, his plans... That wasn't the scepter." he returned the half-eaten cookie on his plate. "Ultron does not have a Loki. Barton and the other people Reindeer Games controlled had someone give them orders. But who is giving orders to Ultron?"

Both his companions jumped at his words.

"Sir, the scepter itself is a mind, so perhaps—?"

As they both stopped, Pepper told JARVIS to continue.

"Sir, when I first scanned the scepter, we learned that it, in fact, contained something, almost like code. Dr. Banner even said that it was like a functioning brain once he saw the projections. There is a distinct possibility that Mr. Odinson does not have mind control abilities at all. But, as a sorcerer knew how to use those that the scepter already had. Perhaps, his last instructions are the cause, or the scepter's mind itself now wishes to rule the world, so they are able to take over Ultron's relatively inferior programming and inexperience."

"You may be right. But the Ultron I met..." Tony started as he thought of that kid's wit, "he had so much life to him. That wasn't the mind of an ancient artifact or program or whatever the scepter is. That also wasn't Loki's I-am-a-god-kneel-before-me parade. I have called it a 'misconception', but I am not sure if Ultron is... sane. At least not fully so. He believes what he says."

"Maybe the scepter was never able to mind control." Pepper said. Having gotten their attention, she continued. "Maybe it just changes somethings about you. Maybe it makes you loyal. And you don't even realize it. Maybe it just gives you a goal. And you have to complete it. Maybe it's just a voice in your ear, slowly hypnotizing you into crazy stuff."

Tony nodded. "That's what I have been thinking. Not mind control but influence. Barton never talks about it. So, I am not sure how it was for him. But I don't think he had as much freedom as Ultron does. Loki could have served as a guiding force. Ultron does not have that guidance. That specificity in plans and purpose. Ultron's plans have logic, but his purpose is illogical: World peace, ruling the world, gaining a living and very killable body... that's impulsive, disjointed, childish."

"Perhaps," JARVIS interfered, "to use Ms. Potts' words, 'the voice in his ear' is getting more influential with time."

"Sir, with all due respect, Ultron—" JARVIS started to disagree again.

Tony laid back on the armchair and grinned at the TV where JARVIS's name was shining an electric blue. Time to bring some sunshine into the room.

"So defensive for the young one already, JARVIS? Getting serious about those big brother duties, aren't you?"

A weird, unexpected sound escaped through the audio.

He stopped laying back and leaned forward. Did JARVIS just—?

"That was a snort!" he shouted, and Pepper laughed. "You just snorted, J! You... the deadpan sorry-sir-but-I-sound-British-so-I-have-no-emotions AI just snorted! Time to get that stuffy ass off your high horse, for you make inelegant, irrational noises just like the rest of us mere mortals!"

A moment of silence followed his words.

"Your mental condition has deteriorated even further, I'm afraid." JARVIS said. "You are experiencing severe hallucinations, Sir. I must recommend an urgent appointment with a neurologist."

"Ha, ha, ha." Tony answered. "But Pepper heard it too. You can't pretend it didn't happen." He then looked at Pepper, looking at her with an exaggerated amount of hope. "Right, Pep?"

Pepper winked at the camera through which JARVIS was watching and said, at her most inexpressive, "I didn't hear anything, Tony. Perhaps, we should look for a neurologist. All those lab explosions... something was bound to give."

Tony groaned. "Noooo! Pepper, how could you do this to me!"

He then sat down as JARVIS sighed at his antics —another irrational sound! He used to have to work harder to force them out of the AI— as Pepper laughed again.

"But I hope you are right about the kid, J." he said, half to himself and half to the room. "I hope very much, that you are right."

Moments later, an alarm pinged through his newly-aquired phone. A model that had not been made by him or anyone at SI and, most importantly, was Ultron-free. He felt weird using it.

But it seems their time had run out. The Avengers were moving on Ultron. "Time to suit up?" he asked.

Bio: Hello! I am Eneid, a writer of novels and short stories, with a special love for psychology. I am also a reader with a compulsive need for fiction novels.
Most of my work will be focused on drama, fantasy, psychological, and romance. I have only recently decided to share my work here, so please do let me know what you think. Comments, compliments and criticism are all welcome, so remind me of any mistakes!

~ Updates will always be weekly and free but if you wish to read more chapters of Our Dreams Follow and Age of Charon weeks, sometimes months in advance, please join me on Patreon for early access: https://www.patreon.com/eneidelisor