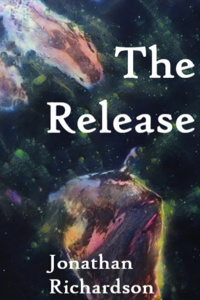 Remove Ads
Settings
Next Chapter
A note from LordShea

Thanks for the comments and feedback.  I have downloaded Grammarly, and made the updates it recommended.  Additionally, I have shortened the paragraph lengths for the longer paragraphs.

I appreciate any comments or feedback that you have.

Vabaruk, a De’Rashka Minotaur prince, is on his way to relax in his room deep inside the labyrinth under the sacred pyramids. His trusted servant and advisors, Rilrok, walks with him as they expertly navigate the dark stone passageways. Even though they are both minotaur’s Vabaruk still stands about a foot taller than his aged advisor. Rilrok, looking around to ensure no one is listening, after a careful glance at his master says, “We have received a message from Dunjag Clan representative”.

Vabaruk, who just a few moments ago felt like his energy was depleted, after a full day of training. Suddenly feels a rush of adrenaline at hearing the news. With a small roar, he bellows, “What is the message”?

Rilrok tries to silence him while glancing carefully around to ensure that no one can hear or noticed the outburst. Seeing that they have reached his master's room, the urgency on his master’s face, and not seeing anything arousing his suspension of being overheard, Rilrok continues. The gnomes report that they have successfully, sabotaged all eleven of the powerful new magnets on Terra Firma. All that is required is for a contender to stick his head into the beam and the system will activate. They have agreed with your assessment that this will bring about the terms of the Memphis Accords.

Closing the door to his chambers, Vabaruk, is fighting to control his emotions and slowly begins to rethink his activities of the day. He had started early this morning, practicing for hours, using weapon forms to attack and defend against multiple targets. His signature weapon, his double-bladed battle-ax, was in constant motion. In the afternoon, he had shifted his focus, training with his fire and mineral spheres of magic.

Tomorrow, if everything went according to his plan, morning training would be physical exertion, and then combine weapon and magic training in the afternoon to simulate actual combat. Even though this training would be excruciatingly slow to level up, if things continued according to his plans, it would prepare him to conquer many territories. Now that he had received this update, Vabaruk knew he was running out of time to train and prepare. Everything is going to be changing for him very soon. After many years of planning and strategizing, he was going to bring about the Release.

Losing control of his emotions, Vabaruk pulls his double-bladed ax from his back, he yells with joy and enthusiasm as he begins to smash the fixtures and furniture around his abundant apartment. Rilrok stays out of his way and proceeds to the kitchen area of the open concept chamber to prepare his master's meal. He knows better than to interrupt his master's rage after seeing him like this before.

Placing some grain, fruits, nuts, and water inside of a large jug. As he places the lid on the jug, he laughs with the thought that the magical spell he is about to cast is remarkably like the behavior his master is displaying in the room. With a quiet laugh, he concentrates and cast, Metal Cyclone, inside of the jug effectively blending all of the carefully selected ingredients into an energy and protein smoothie. After the day his master had training and this last bough of energy that was destroying his master’s room, he knew it would need it.

With all the noise coming from the room, they couldn't hear the small gnome assassin that was lowering himself to the floor after being suspended to the ceiling outside of Vabaruk’s door. Sometimes he was paid to kill, but usually, what was asked was to use his skills of stealth to find out secret information. As he made his way stealthily through the labyrinth, he wondered why Vabaruk’s older brother was paying him to spy and what the new information would mean. He also wondered how quickly he could get this information to his Klavis clan leader.

Rilrok hands Vabaruk his smoothie now that Vabaruk has finally calmed down and sat in his favorite chair. The lone piece of furniture that has not received any damage. Vabaruk grins while sipping on the smoothie, imagining all the human slaves forced to serve him and bring his delicious meals in an amazing palace on Terra Firma. Additionally, as a Contender and leader of the territory, he would have his choice of female minotaur’s.

Quest Received: The Release has been triggered. If this quest is accepted, you will have 15 minutes to prepare for your journey to Terra-Firma. As a Contender, you will have the opportunity to claim territories for your race and faction. Only authorized weapons, equipment, and items are permitted to be brought with you. All actions are in accordance with the “Memphis Accord of 2020”. This quest will only be offered once. Declining the quest will have no negative effects on you or your abilities. Do you accept this quest? Yes or No?

Vabaruk jumped to his feet throwing back his head and throwing out his arms wide while bellowing the loudest war cry that had been heard in this labyrinth in a long time, if ever. Grinning from ear to ear, he resumes jumping around his room, punching the walls, and slamming his head into the already destroyed furniture. Pausing for a moment, Vabaruk considers the countdown timer in the corner of his vision. It had started at two minutes and seemed to be running down faster than was possible.

For the last time, Vabaruk quickly considered his options. As a descendant of Rappaha and the third family member in the clan line for succession, his potential for promotion, as the territory leader was extremely limited. Either he would be forced to consider eliminating the clan leaders ahead of him in line for succession, or he would have to be comfortable with the idea of never being the clan leader. The risk of trying to take out the two contenders ahead of him was frightening just to think of, let alone to attempt.

Additionally, the thought of being regulated as a simple follower for his whole life had been rejected long ago. Searching for options, he had researched the Memphis Accords of 2020. Initially, he had hoped that the Release would occur during his lifetime. After a few years of waiting, his fear of remaining a simpler follower had sparked him to find and hire the agents that could sneak onto Terra Firma and bring about the Release. Now, after years of waiting, he had the opportunity for success and a position of power as a Territory leader. He would establish a clan that would dominate Terra Firma, demonstrating the strength of his bloodline and the Rappaha family.

Not hesitating any longer, he selected yes, noticing that he only had thirty-eight seconds left. With a shock, he realized that he only had fifteen minutes now to prepare for his journey. Dashing over to the weapon and armor stand where he had specially prepared his weapons and armor for this journey, he quickly donned his armor breastplate, and heft his double-bladed battle-ax. He glanced at is his timer, realizing that he still had six minutes.

From his research on the Accords, he knew that he was limited by what he could bring with him. Glancing around the room he grabbed his satchel, throwing food and other odds and ends into his bag. He scooped up all his available coins and several gems and added them to his bag. With less than a minute to go, he slid on the necklace over his head and threw on his helmet. Kneeling, he called out to Gilnos, God of Battle. “Be with me, guide me to my prey, guide me to the Contender that has triggered the Release. May my first victory be the body of the one who has unknowingly brought me to my destiny. Bless me Gilnos.”

Time to go. He felt his body begin to dematerialize. The odd feeling of losing sensation to parts of one’s body. Not of pain, but with just the realization that nerves in his body were no longer sending information to his brain.

Bio: About me, I started my life of adventure at a young age, in that I lived in California, New Hampshire, Georgia, and Oregon before joining the Army at age 19. Early in life, I walked over a mile to the library on a weekly basis to find the books I loved. After serving in the Army for ~20 years, I started a new corporate career continuing my passion for the military and saving lives.
I am excited to meet more of you and plan to be posting chapters of my book soon. It is a modern day post-apocalyptic fantasy LitRPG. I am very excited about this genre and hope you will like it as much as I do.

Very cool world you are creating, and love the primal feel to the characters.

Some things to look at/consider:

There are a lot of grammatical errors throughout the chapter making it hard to read at times. Once those are fixed, reading it will be must easier!

I would also recommend breaking up the larger paragraphs into smaller sizes. For me, the walls of text can be very hard on the eyes after a while without some decent breaks! :)

Thanks for the comments. I got grammerly based upon another reviewers comments and am trying to implement them. Honestly, grammer is something I struggle with and I am working hard to improve.

Based upon others suggestions, I have started reducing the paragraph lenghts as well.

I struggle with grammar a lot as well, making Grammarly my best friend lol. I use that and have some friends take a look at the chapters to see if there is anything that I or the program may have missed.