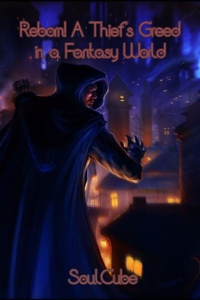 Reborn! A Thief's Greed in a Fantasy World

Plots and Schemes (Part One)

That answer is obvious, at least it should be. It's Vincent. He's a manic old man obsessed with keeping the old noble class in power and snuffing every magical talent that isn't aligned with that view.

But even so, it can't be. I've already looked into that and everyone in the temple corroborated his story, and there are even two magic-tech cameras and a sensor that place his mana signature never leaving the temple that night.

There was no spatial magic even cast that night, and it's widely known that Vincent has a mana-body syndrome, causing his mana signature to fluctuate in strength. It's the perfect cover-up to say not strange on the surface that it disappeared briefly and reappeared due to that phenomenon.

Combined with everything else, the story matches perfectly.

Getting up and stretching my legs, it's time to continue the search. Warping down into the enforced basement, I reset the closed space anti-warp field, and reapply the restraints on my most recent capture. This one might finally have a lead, as unlike the rest of the rabble I've gotten rid of, this one's mask is painted.

"Wake up!" I yell, splashing his face with ice-cold water magic.

The man's head flys up, the mask still firmly sealed to his face. I could take the time to dispel it, but it doesn't matter. He's going to die anyway.

"Listen, man, you can stop the voice-changing shit. I can understand you perfectly and if I truly wanted to I could unscramble that changer with a mere thought. I'll keep this short and simple, I already took out like a hundred of you guys and I'm getting tired here. Where is your base, or where do you keep the kidnapped women and children. Tell me that and you can live. Deal?"

The man restrained in the chair begins to try and physically resist, most likely after learning his magic is basically useless. It's actually a bit impressive, he's able to struggle and move just a bit under the binding magic.

God must I do this every single time. It's almost a mercy at this point. Wanna keep struggling? Well then, no more left leg for you. With a simple lightning blade, I cut it right off. The heat of the lightning also cauterizes the wound.

Oh god now he's screaming. At least the stupid voice-changing shtick has been dropped. Time to heal up his leg.

"Now you know what terms we're on. I can cut and heal until my mana runs out, and I have just under fifty mana tonics on hand. So, do ya wanna do this the easy way or the hard way?" I ask, smirking as I heal his leg.

Without any warning, the mask drops off of the man's face, and I see his body begin to shapeshift. Hmm, I guess the masks conceal their identities by forcing them to expand their body mass. Also, this is not a man, it's actually a woman no taller than about 5'4".

"I'll talk I'll talk! Please mister, just don't hurt me anymore." She begs, looking up at me with the third fakest puppy eyes I've ever seen. No shot, I've got a wife and kids.

What do you do when a prisoner is about to lie and try to manipulate you? Kick them in the face of course?

"Yeah, no way you actually tried that right? I have a wife and kids and you're literally a kidnapper." I say, right as I heal her face.

After a swift roundhouse kick to the teeth, and the healing of said teeth, her expression changed quite a bit.

"What the fuck!" She immediately yelled, her face contorting into a sneer. "Like I'd ever tell a pig like you where we keep the products. Just kill me already you bastard. I'm never going to tell you." She said, spitting at my feet.

Hmm, time to try a new spell I made. I've had a ton of pent-up anger over this whole search thing and I think I know just how to cure it.

The spell idea is simple, it's a mix of illusion magic, fire magic, wind magic, and some good old creativity. Using wind magic, I'll suck all the air out of her lungs. That way, whenever she breathes in, it'll fuel the mire magic placed in her throat and lungs, burning her from the inside out.

The illusion is that I'll make myself invisible and make her think I've left the room. Then, once she's about to die from burning alive, I'll silently heal her using Greater Internal Health, so she's back to peak condition and ready to burn again.

All of this combined should make her think breathing is what's causing her to burn alive, and all the joy that'll come with it. Since the conditions on the spell are the person has to be restrained, it only deactivates when I dispel it, and the fire magic only activates when air passes over a run set in her lungs and throat, I can keep this baby going for hours.

Of course, I'm assuming after about an hour or so she'll be ready to leave hell.

"Well, it's been fun. But until you're ready to talk, I'm gonna leave you here in pain. See you in a few~" I say, as I begin casting Eternal Hell.

Good Lord's, this is going to be one satisfying way to find my family. After everything these guys put me and them through, scarring one of their leaders is a small price to pay. I wonder what Aeron is up to now?

I'm sure he's doing just fine, he is my son after all, and is way more talented than anyone should be at his age. But hey, that's what they said about me, and I turned out fine.

Support " Reborn! A Thief's Greed in a Fantasy World"

Bio: Heya! I'm a writer on here as well as Wattpad, Webnovel, and Scribble Hub! I have a contract from webnovel but refuse to sign it, I want to keep my book free and published by me! So, I'm branching out to all other sites as well as Patreon! My Patreon is linked below but please don't feel forced to donate, as I said all content will remain free! I currently am only writing one book but that may change! Thank you for reading!