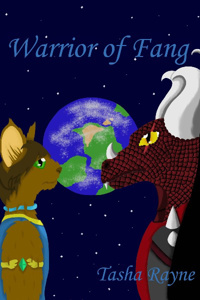 Brendan and I walked through the caverns, with our hearts weighing heavily. I had yet to understand my true role in all this. The leader’s words had left me more confused about it all more than I was before as both him and dad went on about how I needed this awakening thing to understand it.

Walking back the way we had come; we stopped at the waters of the lake to have a drink and fill up our water pouches. I just loved the taste of the water here, and from what the leader said this place was somehow mine now. I wondered if there were more caverns like this one, perhaps they even all connected together.

We gathered up any supplies we needed for the trip home, before leaving the caverns altogether and heading back to Cathopia.

It was harder climbing up the step cavern slopes than what it had on the way down, sliding down on that metal sheet had been kind of fun when I thought back on it now. I would have to remember that when I came back to visit.

We made no hesitation in heading back to Cathopia, having the occasional break until we arrived home a few days later. I couldn’t help but worry about how mum would be feeling after I’d been gone for a while, not sure how long for as the time differences from the surface and down in the caverns had felt different.

A smile crossed my face as soon as I saw the lights of the city, I discovered that day there was no better feeling than returning home. The knights at the bridges, nodded to us as we passed.

I glanced at Brendan, he was smiling too, thinking about Athena I suspected. I was holding back the urge to not run, but I found my steps quickening and Brendan was the same.

“Race you!” Shouted Brendan breaking into a run.

“What?” I stared at him for a second.

“Oh, right.” I began running using Larana’s speed to catch up and overtake. “See you there.” I laughed.

We reached the doors of the bakery, panting, we had both gone at full speed. Mum gazed at us surprised at our arrival, but then it turned into a gentle gaze, a smile greasing her lips.

“Welcome home boys,” she stepped closer, holding out her arms.

“Mum.” I ran over hugging her. I was surprised to see Brendan had done the same, the pair of us embraced in her arms.

“We did,” I nodded. I stepped away, pulling both mine and the one I had found for Tigra from my pouch. “I also found one I think will be perfect for Tigra.” I handed them both over.

“Brilliant quality, well done.” She moved away. “I’ll have this made into fine weapons by tomorrow, now go get some rest.”

“Brendan.” Athena came into the room.

“Now off you go,” ordered mum.

I smiled up at her before we headed into our home. I sat down on the sofa, chilling after the long trip, it was nice to be back in luxury instead of sleeping rough.

“Did you have fun?” questioned Athena.

“We did,” I nodded. I pulled out a Bluapple. “Try this.” Athena took it straight away, her expression changing into one of complete bliss.

The rest of the day we just spent telling Athena what we saw and what happened to the city within the crystal, it was a sad moment, but I felt that it was an important one.

“Wow, it sounds like you had quite the adventure,” commented Athena. “Wish I could have gone.” She let out a sigh.

“We can take you and Tigra later, at some point,” I said. I really had wanted to share the experience with them when we were down there, but worried about any dangers, knowing it was safe I could now take the pair of them with confidence, maybe even mum could have a vacation from the bakery down there.

“That would be amazing.” Athena lit up. “I look forward to it.”

“I can’t wait to see what the sword mum has made for me is like,” I grinned, my smile faded as I looked at the practice sword dad had given me.

“Not really designed for combat,” commented Brendan. “You’ll be able to keep it safe.”

After mum closed up the bakery she headed off to see someone about crafting the crystals into swords. A part of me wanted to go with her, to see it done, but she said it was a very delicate craft and the smith would need full focus to craft the weapons.

I relaxed for the night, even going to bed early just to sleep within my own bed. I let out an involuntary sigh as my body sunk a little into my mattress, I had so missed the comfort.

I thought about how the trip could have been better if it had been an official mission, I would have gotten one of those tents. I soon fell asleep.

The next morning, I was excited, heading out for breakfast, mum had been waiting for me with two items covered over by a cloth.

“They are ready,” she smiled.

“Wow that was quick,” I commented as Brendan and Athena joined me.

“I had told him you would be retrieving the crystal, so he had everything ready for the completion of these weapons,” responded mum, picking up the cloth closest to her. “With this you will be able to use Larana and Mila’s power, infusing their power with less use of your own strength.” I stared at the cloth as she uncovered the sword.

The blade sparkled silver from the light crystals, the hilt a subtle mix of green and blues, with the blue crystal I had found refined into the guard of the hilt.

I slowly reached out taking hold of the hilt, feeling a subtle connection with it. I smiled also feeling the strange power it held.

“You’re welcome.” Mum held such a proud expression as she looked at me. “I know your dad would be proud.” There was this glint of sadness, she missed him too. “He should have been the one to take you down to retrieve your crystal, but I thought it was best you had a weapon crafted just for you as soon as possible.”

“Have you been down there?” I asked.

“Yes,” she nodded. “Many times, with your dad, such a beautiful place.”

“Bluapple,” I took one out from my pouch. I was surprised at how long these fruit actually lasted for.

“Bluapple,” she sighed as she took hold of it. “Perfect fruit.” She seemed to space out for a few seconds, perhaps thinking of the times dad took her down to the caverns.

“Did you meet those living within Crystellia?” I questioned, the memory of all those Animalia fading away.

“A place filled with the spirits of those waiting for something,” replied mum.

“He is a Warrior of Fang,” she slowly nodded.

“Then why did they pass over meeting me, when they had previously met dad?” I quizzed.

“Alex I do not hold all the answers, perhaps your father was the wrong Warrior of Fang.” Mum quickly moved the subject on, I felt she knew more about this then she was letting on. “This short sword is for Tigra,” she picked up the cloth and handed it to me. “I think you should give it to her.”

“What?” I was suddenly on guard, never expecting I would be the one giving her the sword, infused with the crystal I found. “But…”

“Alex.” It was too late Tigra was here. “You’re back from your mission.”

“How’d it go?” she asked, giving a little nod to Athena and Brendan to acknowledge that they were there.

“Huh…What have you got there?” Her eyes filled with curiosity.

“I had this made for you,” I said it so fast she almost missed it.

“You had something made for me?” she looked at me puzzled.

“Uh… Yeah.” I nodded, holding it out. “It is made from a special crystal that can be infused with your lightning abilities.” I put on a smile, uncovering the short sword. It was very similar to mine, but slightly shorter and the hilt was yellow.

“Thank you Alex,” blushed Tigra. “You didn’t have too.”

“I wanted to,” I smiled. “I found this crystal in the shape of a tigers head and instantly thought about you, how it would suit you. I hope it comes in handy.”

Tigra took hold of it, then stepped back a little as she swung it. “It really is perfect.”

“You are both skilled warriors but learning how to channel your power into the swords can be tricky for those who have never done it before,” spoke mum. “Now come with me, I will teach you.” I glanced at Tigra as mum began heading off. “Athena you know what to do.”

“Of course,” she nodded.

Tigra was the first to follow mum, then I followed her too. I thought it strange learning something from mum as I had always trained with dad or Master Lance, couldn’t he teach me to use the sword properly, but that thought faded away as I smiled; it would be an honour to learn something from mum.