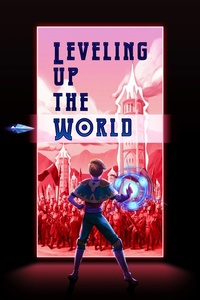 Leveling up the World

The mood on the way back was very different from what it had been getting here. The further the party went, the happier and more relieved the volunteers became. People smiled more, joked about during food breaks, even started sharing things from their lives. The soldiers, in contrast, became more and more cranky. For them, each step was taking them closer to the crowded, smelly barracks of their garrison.

Training had also changed focus. A day ago, the volunteers grumbled each time they had to face a personal guardian, now they chased after soldiers hoping to learn a few good tips that would set them apart from the people back in their villages. Veil was especially enthusiastic. There wasn’t a day he wouldn’t spend practicing—in and out of awakened state—with the goal of achieving level five. The Cleric had made it publicly clear that Veil didn’t have what it took, yet, but that had only made the blond double his efforts.

As for Dallion, he still hadn’t made up his mind. He would constantly think about it, putting off the decision for the next day. Kalis had attempted to convince him to join a city guard. His prep talk was very different from Havoc’s—only positive things were mentioned: rights, salary, prestige, training, assurances that they wouldn’t go hunting chainlings all the time. The offers were good, but Dallion felt unconvinced.

On the third evening, Havoc and another of the volunteers were dropped off. Dame Vesuvia had decided to pass through the villages based on proximity; Dherma was second on the list.

Goodbyes were said, promises made. Even Veil had reluctantly muttered something that could pass as a compliment. Dallion barely knew Havoc, but the experience made him feel as if they’d been together for months. The same could be said for other people in the party. From experience, however, he knew that in a week everything would be forgotten. People would get back to their daily lives, as would Dallion.

“Sort of,” Dallion kept looking at the stars. “Don’t you have anything to discuss with the Dame?”

“The Dame prefers talking to her horse.” Veil joined in as well. “At least then there’s an intelligent conversation going on.”

“So, what have you been up to, Dal? Plotting some wild plan?”

“No.” Dallion opened his hand, revealing a smooth piece of marble. “I was making a gift for my brother.”

It was an ordinary piece of rock, but it made Dallion think of simpler times. When he first awakened, a polished pebble was viewed as a treasure. The pride on his parent’s faces could not be described, as for his brother… the child was on cloud nine, as if he’d received the local equivalent of a next gen console.

“Hmm. How far did you improve it?” Veil asked. “Level five?”

“Six.” With a bit of effort Dallion could have possibly get it to seven; the dartbow and the emblem gave him a tremendous advantage unavailable to him before.

“Not bad.” Veil whistled. “I’ll have to up my game. What do you think?” He nudged his sister. “Can you get anything that high? Other than clothes, that is.”

“You should ask the Cleric to reach level four,” Gloria changed the topic without warning. “You have the skills for it.”

“Yeah, you’re the only one who’s still a three. Don’t shame the village.”

“I don’t think your grandfather would approve.”

No explanations were necessary. Everyone went silent. Both Gloria and Veil felt the need to look away. The sad truth was that despite what they had gone through, things would return to normal once they returned to the village. Even if both of them had dealt with their echoes, no one else in the village had.

“You can run off, you know,” Veil said after a long silence. “We’ll think of something. Heck, we can say that you died a hero killed by the chainling. Isn’t that far off.”

“What? It can work. Grandad will chase after him in the city.”

“Will that change anything, though?” Dallion asked. “Life in the village is crap. Even you know that. Everyone is half awake in a sort of dream. The only difference between you and my parents is that your dream has a bit more colors in it.” Also, you didn’t have your power sealed like my mother.

“Dallion,” Gloria whispered. “Don’t do this.”

Dallion just smiled. He had delayed his decision up to now, but he finally had made up his mind. Going to the city and making a name for himself was definitely something he wanted, but before that there were a few loose ends that needed tying up.

“He’s not joking.” Veil’s expression had become deadly serious. “Grandpa won’t be happy about this. If he asks me, I’ll have to fight you.”

“Yeah, you probably would.”

“I don’t think so.” Dallion smiled. “Did the Dame let you keep your sword?”

“You maniac,” Veil laughed. “A fair fight, eh? Better remember that when I pound you into the ground.”

“Idiots.“ Gloria turned around and walked off towards the campfires. Clearly, she didn’t share the humor.

Would I have to fight her as well? Dallion wondered. As things stood, she presented a greater challenge than Veil. Fighting against brute strength was one thing, against precision, and acrobatics was a different matter.

“Don’t worry. She’s always been like that.” Veil shook his head. “Still thinks she can chase her dreams. That’s the real reason she’s the family’s little princess. Almost as reckless as you. The worst part is, that she believes things can actually change. As if a medal from the Dame would make grandpa change his mind.”

“That won’t matter. Grandpa already has plans for her. He has plans for me as well. I’ve learned since I was a kid—the more you struggle, the more difficult it will become.”

“Can’t you leave the village?”

“We aren’t like you, Dal. The moment you came for your acknowledgement, I knew. You became different after you went through your awakening. Grandpa saw it too. That’s why he’ll never let you go. When we return to the village, we’ll no longer be friends.”

“Don’t bet on it.” I’ve become quite greedy, Veil. I’ll settle things in the village, and go to the cities, and I’ll do it while keeping you and Gloria as friends!

Support "Leveling up the World"

Bio: Someone who creates dreamworlds :)