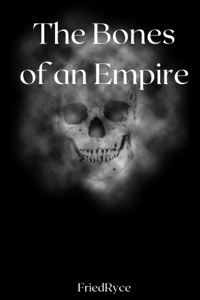 The Bones of an empire

Issac knocks on the shabby wooden door, the sound of Lizzie's slow shuffling feet audible through the door.

"What the hell are you doing here this late?". She asks, sighing heavily, gesturing for him to come in.

"I was heading home but thought I'd stop by for a quick visit," He says casually, walking inside. He sits down on a tattered and worn couch. Its age clearly visible. He leans forwards, resting on his knee's in thought.

"Here you go, child, now what really brings you here," Lizzie says, passing the hot tea over to Issac. She sits down on a small chair opposite Issac. He runs his hand through his white hair, thinking for a moment. Letting out a sigh as he looks into the tea.

"Lizzie. I'm a bit lost, I've awakened to magic, but I have no ambition, no goal pushing me through this life. I just don't know what I'm supposed to be doing anymore," He says in a severe tone.

"What the hell, kid, this the thing that has you worked up?, you're a damn kid, don't get caught up on crap like that," She says in a surprised voice, never had she expected such lonesome words from a child. His gaze falls further to the floor as she speaks to him.

"Lizzie. You're a smart girl, probably the most intelligent person in this town. I'm not Issac, I might walk around in his flesh and sleep in his bed, but I'm not him." He begins to talk in a calm tone, his speech becoming more and more erratic as he works himself up. She sits in silence, unsure how to respond, opening her mouth to speak several times.

"I... What the hell does that even mean. You're going to have to give me more than that fake Issac." Lizzie says, sass oozing out of her voice. She had a faint idea something wasn't quite right with Issac since he recovered. She acted calm, but her mind began to race, going every detail she knew about Issac in her head.

"Look, firstly. I'm not a devil or anything nefarious like that. I'm not even a kid. I lived out an entire life, and In fact, I'd be older than you. But eventually, I died a miserable death. So far, I don't even think this is my world in the slightest." Issac says nonchalantly, sitting straight as he speaks.

"Hmm... That doesn't make a lick of sense. How could your death lead to you being here as Issac? What nonsense are you spewing?" Lizzie says, void of any filter or fear. She continues to stare down, Issac out of sheer curiosity.

"I'm quite sure how either, but this isn't my world. But I have no reason to want to go home either. I failed there. Everything I fought for is gone. Everyone I cared for died painfully. Here though, I have some cripple kid's memory carved into my mind. These damn memories are unforgettable!. I fought in wars for decades, but now I've got nothing! No drive, ambition or goals in life! at this point, I wouldn't mind fading away and being Issac!" Lizzie's eye's open wide as she listens to the heavy words of a broken man before her. She couldn't begin to understand the life he'd gone through or the feeling of being someone else.

"If you've got the old Issac with you, don't you care for your parents?" She asked, trying to point him towards some form of affection for others.

"Issac's parent's are doting and affection... I'd die to keep them safe but mine. I'd die to see them die. They sold me off because I was different. They let Suu die when we asked for help!. You and other townspeople, you're all nice and different," He says, erratic tone before shifting in a slow, broken speech, stuck in thought.

"That it! People are different here. Look, kid. Let me take you as an apprentice. I'll teach you about our weird world and listen to you complain, rant. I'll take on some of that pain for you," She says, putting her wrinkled hand on top of his, a genuine smile on her face as she speaks softly. "Now, kid... I mean Issac!. You said you were different. What made you different in your old world" She says, trying to piece the shattered boy back together.

"Here, I'm not different here. I realised it immediately. Back in my old world, I managed to awaken to magic. But our world saw magic as evil and hated it." He says in a stern tone, remembering his past.

"Magic does have some taboo and darker sides, but for magic as a whole to be evil, that's unthinkable. Do you think you could show me some of the magic you used?" She speaks without thinking. Curious as to if his otherworldly magic would work here. He looks down, smirking. He grabs a small knife beside some parchments and quills. Lizzie's eye widens frantically.

"Woah, what the hell are you doing!" She yells as fast as she can. Just not fast enough to stop Issac suddenly stabbing the tip of the knife into his thumb. 'What the hell is this kid...' She thinks to herself, watching blood begin to trickle out of the child's thumb.

"I've tried to learn your words magic, it truly is amazing and complicated, but I'll never forget how to do this", He says in a low voice, a smile on his face. The blood trickles downwards, a trail flowing down his palm towards the table. Without a word, the blood stops. Lizzie, speechless, watches. No wonder his world called it evil. The blood leaves his hand and floats above up, past his injury unaffected by gravity in the slightest. A wide smile from ear to ear begins to cover his face. A rush of emotions flows through him. 'That's right, how could I ever forget something like this' He thinks to himself, letting out a small giggle as he moves the blood Like a toy, shifting it into a disk, a ball, a square. His breathing becomes heavy shortly after toying with the blood. A heavy sigh leaves him as the blood falls back to the table.

"Blood magic... if you had to body and mana to sustain it, that would be a terrifying ability." She says, a slight chuckle in her shaky voice. 'Was this the power of a devil... ?' She thinks to herself, trying to understand the power.

"It was a terrifying ability. I used it to fight countless battles. Even though it's only good for hurting people, it was what we needed to survive." He says, thinking about his past.

"That might of been the case but now your here. Come to me each day. I'll teach you about the world. There's plenty of magic and non-magical things for you to learn." Lizzie says, standing up. Her knee's popping from sitting down too long.

"It goes without saying, but this stays in this room. Thanks for taking the time to talk and listen. It really did help". Issac says, stretching his arms as he prepares to leave.

"Ugh, You are a damn child. Fine, but don't think we're done with this discussion!" She says, walking over to the door. Even with the loud and obnoxious tone, an unmistakable smile covers her face as she waits for the child to walk over.

"I'll see you tomorrow Lizzie, good night," He says, in a polite tone, giving a wave from behind as he walks out of the house. She shuts the shabby door behind him before, sitting alone in an eerie quiet room, her mind racing as she goes over everything countless times. "That child is going to be the death of me... haha," She says in a soft voice to herself, still trying to understand his strange magic.

A brisk cold night air billow's through an open window. Ignorant to the night's air, Willow sits cross-legged on a blood-red carpet surrounding the base of a large double bed. Her eyes closed while desperately trying to take the strange boy's advice. 'gather the little things floating around inside you'. She repeated the words he said to her.

"Argh. How the hell do I do this? Every time I think I find these 'floaty things', I keep losing them when I get too excited." She says to herself in frustration, struggling to find the 'floaty things', let alone gather them. Outside her beautifully furnished room, a tall, blond man walks past her door. Confidence in his stride her strolls down the hall to a large ornate door. With one hand, he knocks on the hardwood door, the sound echoing down the hallway.

"Come in," A firm voice says from behind the doorway. The blonde man opens the large door, revealing a large office. An extravagant wooden desk with papers stacked atop it looks towards the door from the back wall.

"Father. I've just finished up with some training. And heard you wanted to speak with me." The blond man says in a formal voice, giving a mild bow as he enters the room. He stands firm, waiting for his father's response.

"I did indeed. Now Albert, I'll be needing to go away for business up north. I need you to remain here in my sted". The man's father says in a stiff voice, glancing up with a burning gaze, putting his pen down as he stands up tall.

"Of course, father! I'll do all I can in your sted," Albert says in a confident voice, struggling to keep a grin off his face.

"Let me down, and you'll regret it, now child, don't forget. You'll be representing the entire Dusk family name." He says, giving his child a stern warning.

"Of course, father. I'll ensure everything goes smoothly in your absence." He says, giddy with excitement. Finally, he could show his father his worth.

"That's good to hear. Now, I've got some work to do before I leave in the morning. Don't expect to see me at dinner. That's all. You can go now." He says, waving his hand sideways, gesturing for his son to leave. He returns to his paperwork. Immediately, ignoring his son's presence entirely.
Not wishing to disturb his father, Albert walks out of the room, silently closing the door behind him.

'ugh, why can't we have more servant's like we used to. Why should I have to close doors myself'. Albert thinks to himself, scrunching his face in disgust.

Support "The Bones of an empire"

Bio: I'm a nerd Australian that is unemployed trying hard to improve my skills as an aurthor.