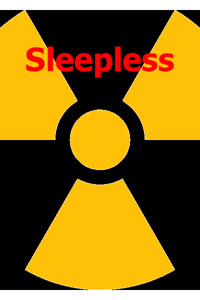 Chapter 7: Countdown To The End Of The World As We Know It

Chapter 7: Countdown To The End Of The World As We Know It

“Fuck! Where are my damn keys!? Ugh, it’s been too long since I’ve used the damn thing for me to remember. Screw it! I’ll just hotwire it.” Rex said, rushing to his motorbike outside.

“Come one, come on! Hurry up, damnit!” Rex yelled, punching the bike.

It started. He stared at it blankly for a second.

“Wow. Percussive maintenance really does work sometimes. Wait, no! I have to go! If it really is today, Raven is probably in a shit ton of trouble right now! Oh, shit. Almost forgot the shovel.” Rex said, running to the garage and back.

It looked like it was an entrenching shovel, and he had it slung over his back.

He grinned, hopping onto his bike, and sped off at full speed.

“Yee-Haw! Damn, it’s been ages since I’ve driven this baby. And Raven said I was an idiot for buying it. Ah, shit, flies! I forgot the damn helmet. Pleth! Bleh!” Rex said, spitting bugs out of his mouth. He almost ran into a low hanging branch in the process.

Indeed, the college was right in front of him, but it was blocked off by police and authorities.

Rex ignored all of that, blasting through the barricade with his bike.

He went to the corner of the school and ditched the people on his tail, abandoning the bike and rushing to the back door of the classroom where Raven should be at this time. He opened it quietly.

Rex konked him over the head with his shovel, and spat on him.

“Don’t touch my older sister, pervert....Suzie, are you hurt?! Shit. No, wait, I brought my knife, give me a second.” Rex said, undoing his older sisters bindings.

“R-Rex…I was scared!” She cried, sobbing.

“Yeah...You’re fine now, ok? I even brought a shovel to bury the idiot, so you don’t have to see him again.” He said, spitting on the corpse once more.

Suzuki looked at the body of the boy. There was blood starting to pool beside his head.

She recoiled in fear, the sight of blood bringing back bad memories.

“....There. Now you don’t have to look at it again.” Rex said, throwing a curtain onto Jason after ripping it off of the windows.

She nodded, unable to speak, despite her mouth having already been freed.

“Raven, are you okay?” Rex asked, rushing over.

“IDIOT! What are we supposed to do now?” Raven asked, freaking out.

“Oh, that’s what you meant. Here. I already disarmed the damn thing. It was under the lectern.” Rex said, placing a timed explosive on the desk in front of him.

Raven took off his glasses, wiping them with a cloth. He put them back on and inspected it carefully.

“Flawless….I should have expected that…*sigh*. When did you learn to defuse explosives?” Raven asked, calming down a little bit.

“You still haven’t told me what you did in the army, I thought you were just a soldier?” Raven asked.

“No….I was….You’re right, I was a normal soldier. Just like anyone else.” Rex said, shaking his head.

“I’m pretty sure ‘normal soldiers’ aren’t taught how to disarm this kind of explosive.” Raven said, crossing his arms.

Rex looked at him for a moment, then shrugged.

“Fine. I didn’t expect an answer anyway. How did you get here so quickly….No, wait, how did you even know what was going on?” Raven asked, growing more and more suspicious.

“Uh...well, we don’t live too far from the school, right? I heard people talking about someone sending a bomb threat to the school, so I rushed over.” Rex said.

“And how did you know where he was?” Raven asked.

“I didn’t. I knew where you and my sisters were. If he wasn’t here, I was going to go and find Soyo in the library, to make sure she was fine, too.” Rex said.

“But...How did you find the bomb? This is too big of a coincidence, even if you can explain all of it away. What’s happening? You’ve seemed strange for a while now, ever since this morning. It’s way too suspicious.” Raven said.

“Fine. I’ll admit that, yes, something is going on. Something big is going to be happening. The world’s about to go to shit, and soon. Stuart, a friend of mine from the army, talked about it before...” Rex said.

“Wait, what? Please don’t joke around like that….Is it the war? Are things escalating that badly? I thought it was almost over!” Raven said.

“Tch. Far from it. I wish it was over. We’ve been prepping nukes to fire at china, for the past few months. Well, no, yeah. It’s november now, so…. I think since September. They already decided to fire theirs. The nuclear threat has been going on for a lot longer than you would think.” Rex said.

“Is that why there’s all those new bunkers being built?” Raven asked.