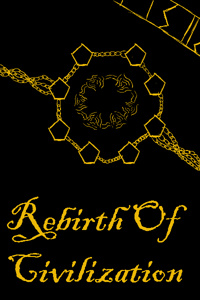 Andrew suddenly finds himself alone in world that is not his own. The creatures are hostile and unfamiliar, the land around him unrecognizable. He will have to work hard to explore the wilderness he has found himself in, to unravel the ancient magics of this world, and to create a safe place for the others lost in a foreign world like himself.

This is a slow paced novel, with an early focus on discovery, survival and crafting. The slow pace is intentional as I hope to write this novel for many many chapters to come.

This is also the first fiction I've written and I'm always working on improving my writing so all feedack is appreciated and taken into account.

The plot is pretty basic. Guy gets pulled into another world that has a system.

At the point im reviewing this it's still very early so the meat of the story hasn't come out yet. So far the MC hasn't had any interactions with anyone but wolves yet, but it's a lot of fun. It's just survival and crafting traps. I love these types of stories though.

Looking forward to seeing how this turns out.

So far this is a well written wilderness survival/crafting story with litrpg elements. It seems to hold promise for future 'civilization' in that the main character is clearly moving towards better gear and knowledge though he has not yet met any other characters. It's definitely just starting as the mc is slightly underdeveloped but I can see some character shining through as the story progresses through his choices.

What you're in for with the first nine chapters:

So far the Andrew Neilson has scavenged for materials (after watching the only random people he's seen get slaughtered) and a magical text which includes magical runes. He's working on understanding the new world around him, this runic magic, and the litrpg system while creatively using what he has to beat challenges and goals of his own making through crafting, runes, and grinding stats.

I will emphasize that Andrew isn't a passive protagonist from what I can see so far in that he chose, with little prompting or pressure, to take on a fight that he didn't necessarily have to and could have easily avoided.

I like it. It was sold to me as a survival and crafting fiction, and it delivers on these themes almost immediately. I think one thing that really differentiates this fic as a survivalist is that it actually feels like I would imagine it would. It's very reminiscent of the feeling you get when you play some well known survivalist games; you make do with what's around you and craft things to help you progress. Baddies are going to come try to kill you and you hope that the gear you managed to throw together is enough to stay alive. This pairs well with the MC's total willingness to experiment with whatever he has on hand.

The description of the setting is good. I wouldn't say this is a funny story, but there are some descriptive elements that are humorous, from the MC's pov.

There isn't much of a plot right now other than "survive and perhaps rebuild civilization", but that isn't surprising as it's common at the beginning of survival type fics. I imagine that once the MC has powered up enough we'll start getting arc level plots/goals.

There was a bit of beef in the comments about the class choice, but I thought it was great. It's a natural extension of the survivalist theme and leaves itself open to a huge amount of potential later.

Grammar is pretty spot on. I didn't notice anything and I was never kicked out of the story. I did spot a few typos here and there, but nothing noteworthy.

As of the current chapter, there is only the MC and no other characters, and he's well done. His personality is distinct and the characterization noticeable. He's upbeat and positive, and willing to experiment, which is a good pairing for a survival fic, as those character traits are going to take him a long way.

This is probably the only category I had any issues with, and it's only one aspect. For the most part, the author's style is straightforward and clear, which makes for easy reading, but the story relies heavily on internal dialogue for both exposition and narrative. My only real critique of this fic would be to not rely so much on internal dialogue to give the reader information, or telegraph the MC's intentions. Use it for what it's best used for, which is characterization and context to the narrative.

Really enjoying the crafting focus and pace of the story - nice progression and very interesting skill sets being developed by MC.

Author is taking great care to develop the MC over time and the progression has good logic (to me at least).

chapter length is good; overall the story is developing well and hoping to learn more about the world the author is building and the MC.

Grammar is good as is spelling; very well done for a self professed first author - dude has talent!

looking forward to seeing where the author takes this little gem.

Engaging and fun, a good effort has been put in this story and it shows in every paragraph. Although slow and perhaps in need of more characters it is nonetheless excellent in both story, style and grammar. More world-building is certainly needed but it will probably be a bit slow. Altogether an excellent story that is worth more than just a read.

The story starts out with a solo character in a world where the skills are more improved intuition that Insta craft. I found this to be interesting but slower to progress as so much trial and error was processed.
The chapters are quite long so you get a solid read in. I would recommend this story

The style of writing is very much to my liking as it focuses on a single character and their experiences. Not zooming around multiple charts from all directions.

The story is not overly original and the world building so far is fairly limited.  Grammar is fine with the occasional typo etc but not immersion breaking. Character development is minimal to this point and more focused on stat enhancement.

So a typical isekai but more focus on people from our world, if anyone read the new gate this is what you wish that was. A fantasy about crafting, interacting with people and conquering unfamiliar challages

My only complaint about the story is the lack of intelligence on the behalf of the gobbos, and maybe the update speed. (I know it takes time author its a good read, so take your time to keep it good)