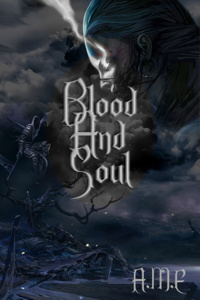 When a deadly and magical plague created yet another caste in our realm, those of the new world thought it a punishment from the gods for their destruction and abandonment of their roots, but those in the old world knew the truth.

That was to be the beginning of a long and drawn out war between creatures that have roamed the realm for centuries and monsters that never should have came into being.

An intense story of a girl abandoned by society

Reviewed at: What Happened to the Onesians

tl/dr The story almost feels like a grimdark and is an extremely personal character story told mainly from the perspective of two characters, an evil wolfgirl and a bug eyed priest. It works surprisingly well, from having my heart racing to find out what happens next, to my eyes burning from some dust in my eyes. *cough* not crying *cough*

This story is clearly a hidden gem on this website. The fact that I am the first person to review this story a solid three months after the first chaper had come out is honestly criminal. If I had to guess the reason for that, it's that the story discription is terrible. Usually authors who set up their discription story like that are more interested in creating a new world, rather than telling a decent story. That could not be further from the truth here. I will admit that the auther does not go easy on the world building and throws around new words within the first chapter, though reguardless things begin to fall into place rather quickly.

As far as the story goes, that is truely what holds this above the rest. The author doesn't hold anything back in showing just how crushingly brutal this world of their's is (which is probably why they start out so strong on the world building), while showing a rather brilliant mastery of building suspense and tension. There was a scene where the main characters were sitting around a table drinking and the whole time I felt uncomfortably tense even as the characters were laughing and having a good time.

As far as the grammer goes, it is leagues better than most of what you will find on any site similar to royal road. I only ever spotted a handful of mistakes in it and it was easy to figure out what the author intended, looking closer to a slip of the hand rather than a lack of understanding of the english language.

To sum everything up I think it is criminal how underviewed this story is. It far surpasses many of the uper tier stories on this website and I think a little bit of my soul will be crushed if this author drops this story before it is completed.