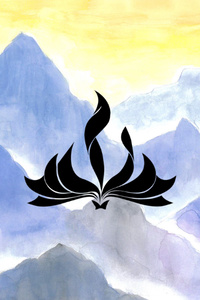 Through Mist, Veil, and Summer

Anna Lawrence is a quiet girl who'd rather sit and write poetry than bustle about with her peers. After an incident resulting in a panic attack and a trip to the hospital, Anna's foster mother sends her to stay with her aunt and uncle for the summer.

Upon arriving in the small mountain town of Glenwood, Anna finds herself caught in the machinations of another world on the other side of the fog: warring witches, animal-headed skypirates, and the boldest, bravest, most interesting girl Anna has ever met.

THROUGH MIST, VEIL, AND SUMMER is my homage to Studio Ghibli films. It's a fantasy romance with a dash of adventure and a sprinkling of self-contemplation. It's a story that moves a little slower, a little quieter. It is my fourth novel, written between October 1, 2017 and January 6, 2019, and is complete at 17 chapters and 80k words.