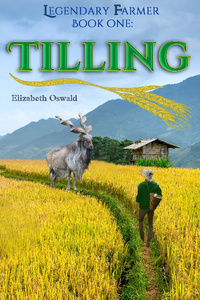 In the VRMMORPG (Virtual Reality Massively Multiplayer Online Role Playing Game) Veritas Online, things are getting a little stale. Since the game launched, only one world-wide event has occurred, and that was a year ago in game. The players are having fun, but everyone agrees it's about time for something big to happen. Everybody tends to forget that big things grow from small things, and little things are always changing in Veritas.

The human country of Quarternell is at peace for the first time in...ever. Aspen, a retired war hero, has earned a quiet life together with his animal companions. They're tired of fighting, bigotry, and other people in general. They plan to live peacefully far away from the city. As soon as he figures out this farming thing, he's never going to go anywhere again. Unfortunately for him, his country and his Goddess aren't quite done with him yet.

Rouge_the_Rogue is a casual gamer in Veritas Online. She's just a kid, and her focus should be on school and hanging out with her friends. Emphasis on should. She's pretty good at school, and doesn't actually have that many friends. What she really loves is exploring all the cool ways the developers of Veritas found to make their game unique and realistic. Then she's offered a very special quest and an opportunity to go beyond the average player. She's never been that much of a rule follower anyway....

(Author's Note: New chapters of Legendary Farmer will be released at least twice a week. I keep a minimum of ten more chapters written than I've published, so this should be very reliable, even if I get sick or am on vacation. I hope you enjoy reading it as much as I enjoy writing!)

Off to a good start.

A well written narrative, there are no notable errors in grammar or spelling.
The characters are fun to read and have an interesting dynamic, a farmer who can speak with his animals, and a secretive past, and an impulsive teenager with a great deal of curiosity. Many hints are spread out that suggest a deeper world than we can see. I'm looking forward to seeing where the story will go.