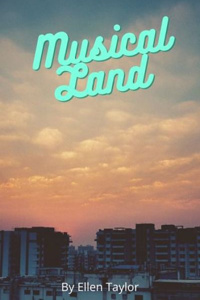 The fat manila envelope rested on the dining room table, and every minute it remained unopened caused another knot in Marie Curie's stomach. She wanted to tear it open the second it arrived, but her dad insisted on waiting until after dinner, which included cleaning up and putting away the leftover food. Even then, he said it was vital to record it all and went to hunt for their camcorder. He whistled a cheerful tune while the small serving of dinner she ate struggled through the jungle of knots in her stomach.

Her dad grinned as he came down the hall, brushing off the thin layer of dust on the camcorder. He hadn't pulled it out since last November at Marie's fourteenth birthday. Marie didn't want her dad to film this. She wanted to open the envelope, see which high school the Singing Enforcement Agency placed her in, and move on. More importantly, she didn't want a record of her feigning peppy enthusiasm about a high school full of other mediocre students.

The S.E.A. administers told all soon-to-be high school freshman about what went on during the decision process. Most of it involved reviewing past report cards, and Marie's had a diverse collection of the first four letters of the alphabet. Rumors said the last performance of eighth grade was a chunk of the decision process. Marie shuttered at the memory of her performance.

The generic sticker on the front of the envelope which displayed her name and address became ingrained in her memory. The next four years sat within reach as her dad fiddled with the camcorder. He placed the strap on his hand and made sure the Velcro was tight, then adjusted the small display screen. "Your mother would be so proud."

Marie plastered a smile across her face. "Thanks, Dad."

Satisfied with the view screen, her dad gave her a final smile and hit the record button. "I think the time we've all been waiting for is here!"

Her fingers turned to ice as she gave a blithe laugh. "Oh dad!"

"Are you ready to discover which high school you'll attend?" her dad asked.

"Sure am!" Marie's voice sounded plastic. Whatever school was in the envelope, she had to act thrilled.

The letter opener quivered as she placed it against the lip of the envelope. After a few tugs, it tore through. Marie pulled out the thick stack of papers within. Her vision blurred as she tried to read the welcome letter, and it took a moment for the name of the high school to come into focus. When it did, her fake smile evaporated. Did too much anxiety bring about hallucinations? A million questions swirled through her mind.

"Dear Marie Curie. We have taken into consideration your many performances throughout the last few years and have decided on one of the six incredible high schools here in Musical Land. We believe you are most fit for..."

The school on the paper had to be a mistake. Her brain couldn't force her mouth to say it.

Her dad glanced up from the display screen. "Marie?" Genuine concern laced his voice.

Marie locked eyes with him. "It says Presley High, Dad." There was no way she qualified for one of the most prestigious schools in Musical Land. Even though she'd spent all of dinner staring at her name and address on the envelope, she turned it around to double check the mailman didn't make a mistake. Presley High was in the rich side of the city, a good twenty-minute metro ride from their apartment complex. This school would not be cheap.

Her dad stopped recording and set the camcorder down. "Here Marie, let me see." The papers resisted leaving her hands, but she complied. She kept the welcome packet for herself.

Presley High? Granted, she wasn't an idiot, but with her grades Presley shouldn't have even come up. What was going on?

They sat at the table in silence. Her dad stared at the pages, his usual frown settling back to his face. Marie didn't know what to say, or if there was anything to say.

Her dad didn't look up from the papers. "They're trying out an experiment. Mediocre students are given the opportunity to study in the finest high schools to see if it improves their grades."

Marie stifled a groan and instead placed her head in her hands. "Great. I'm going to one of the smartest schools in the city, and I'm going to make zero friends."

She tried to believe it, but deep down she couldn't. Presley High would be full of tall, graceful, beautiful blondes and brunettes, both male and female. She wasn't ugly, but her frizzy brown hair never did what she wanted. She had simple, brown colored eyes. She kept hoping she'd grow taller, but it seemed she was doomed to be five feet tall. Above everything, she wasn't super smart. Her singing was off pitch, and her dancing was hardly better than an awkward shuffle.

At the front of the welcome packet, Marie found a table of contents. She ran her finger through the list before flipping the pages and landing on the map of Presley High. With almost half a million inhabitants and about thirty miles to work with, everything in Musical Land was built to conserve space. Presley was no different, being a thin, six story high building.

The next page contained information about school uniforms. The standard Presley uniform for girls was a plaid blue, white, and grey skirt with a white button up blouse. There was a blue tie with a small image of a hound dog on the bottom. It must be the school mascot. There was also a solid blue blazer with the Presley High crest on the left side. Off to the side of the page were variations, including a sweater vest to be worn under the blazer during the winter months, and a list of acceptable stockings. There was the t-shirt and shorts for the dance classes. The t-shirt had Presley High written in huge letters across the front, and a bigger image of the hound dog in the back.

She turned the page and saw a picture of the only shoe acceptable for Presley High. As she feared, it was the top model dance shoe going for almost five hundred dollars. They might have to dip into Marie's college fund to pay for this. She didn't even want to know what the monthly tuition would look like. It made her hesitant to give her dad the booklet. She didn't like thinking about expenses. They were never rich, but after her mother's death four years ago, things got tight. Her dad sailed through six jobs over three years before landing a middle school science teacher job.

"We have a meeting with the principal next week." Her dad looked up from the papers. "He'll answer our questions and give us a tour of Presley High. Doesn't that sound fun?" The familiar tone returned. The tone which hinted at the deteriorating state of things despite the upbeat words he spoke. Marie forced herself to nod.

Her dad waved her on as he continued to contemplate the loose pages. She slipped away and went to the computer in the front room. There were three dozen approved internet sites, and email was at the bottom. She clicked on the logo and logged in. Marie clicked on Sophie Germain's email and hit the chat button.

Have you opened your letter? We HAVE to talk.

Marie read the welcome packet cover to cover almost twice before her dad came in and asked for it. She handed it over when Sophie replied.

My parents have the whole evening planned, so I won't open my letter until 8:30 sharp. I already irked them by deviating from the schedule to answer this. Let's meet tomorrow at our spot. K?

Could she wait until tomorrow? Marie frowned. She needed to talk to Sophie, but there was little she could do. Sophie's parents were intimidating enough being high up officials at the S.E.A. People always did what they asked. Except Sophie.

She returned to the table. The packet was opened to the page about the shoes. Her dad had a hand in his hair, the dark brown locks sticking straight up, his brown eyes zoned out. Her dad promised her a cell phone when she started high school, but she wouldn't remind him. She'd gone this long without one. What was another year or two?

She gathered the loose papers her dad had already analyzed and returned to her seat. All the knots in her stomach tightened as she studied the letter again.

This isn't a prank. I'm actually going to Presley High. Which means I've got to figure out how to survive.