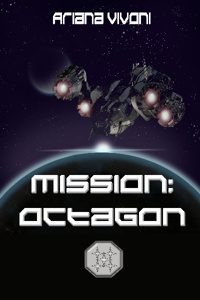 Remove Ads
Next Chapter
A note from Ariana Vivoni

Attention! The following work contains attempts at humor and old movie references. Read at your own risk.

Slavi rubbed his hands to restart the blood flow in his wrists and clicked his tongue. Scarlet lines marked the places where the handcuffs had bitten into the flesh. Simply marvelous! For the moment he ignored the pain in his slightly twisted joints and threw a quick glance at the empty room and the two ripped, and heavily armed, men flanking him on both sides. Right before him stood a third man – almost two meters high, neck like a bull, square jaw, and a perfectly smooth head that shone like polished mahogany. Hands crossed on his chest, the agent looked even more menacing since his right hand was wrapped in an improvised bandage that sprouted glaring red stains.

After a critical inspection, Slavi was satisfied with the damage he had inflicted and gave the man a blood-thirsty smile.

“What are you waiting for?” barked the agent and stepped forward. A strange buzzing baton appeared in his healthy hand. “Off with the clothes, tavarish!”

“Easy, agent Mulder,” chirped Slavy happily while pulling the t-shirt with a grinning green alien over his head. “Look, I’m cooperating, I’m cooperating. And just to remind you, Eastern Europe is not only Russia. Actually, Russia is mostly in Asia…”

“Are you playing smart with me?”

A throbbing vein appeared on the guard’s forehead, who obviously didn’t find it remotely funny to be compared to some old-fashioned tv-character. He waved his electric baton, forcing Slavi to jump backward. This, in turn, called for immediate action from the two guards. Two menacing red dots appeared on the prisoner’s forehead.

The young man lifted his hands in the air.

“Come on, agent Mulder! Keep that magic wand of yours away from me. Do you want to put an innocent person with a pacemaker in the grave?”

While saying this, Slavi pointed at the very obvious lump on his chest. The agent simply snarled, and his eyes were telling that if the man wasted any more time the baton would be the least of his problems.

After less than a minute, Slavi stood in the middle of the room in his birthday-suit, donning a stoic expression. Agent “Mulder” approached him, this time armed with another beeping gadget, and carefully scanned every inch of the prisoner’s body, without missing a single hole. If one could judge from his expression and the intentionally slow pace, this procedure was an enjoyable payback.

During the checkup, small droplets of sweat appeared on Slavi’s forehead. If he had overestimated his technical abilities, or underestimated the ones of his opponents, any second now he could be ending up on the floor with a fried pacemaker and deadly arrhythmia. In that case, would Uncle Sam’s men make any efforts to help him? He was somewhat doubtful. Well, the chances weren’t zero. However, if they managed to detect his little friends… the guards would most likely paint impressionistic pictures on the walls with his brain.

Luckily, agent “Mulder” finally grumbled “He is clean!” and threw him a pair of boring gray shorts and just as boring gray tank top. While he was slipping into the clothes, the two guards and their superior slipped out of the room, not forgetting to collect all of Slavi’s belongings. The door closed behind them with a hermetic hiss and merged with the wall so well that it left almost no trace.

Left alone in the empty gray room, Slavi leaned on the wall and with a relieved sigh slid down on the floor. The first obstacle was conquered splendidly! He shook his head. The meddlesome buzz in his left ear could only mean that Hiro still hadn’t re-established communications. Despite that, Slavi’s lips curved in a triumphant smile. Uncle Sam’s boys had been unable to find his little friends. So much on the topic of advanced Western technology.

Proud of himself, the young man supported his head on the smooth wall. Now he only had to wait. He closed his eyes while his thoughts jumped all over the place. If someone had told him a year ago that he would be playing a spy and breaking into Area 51, he would have laughed. Everything was due to Max’s disappearing. No, who was he trying to fool? The root of the problem went much deeper. That’s right, everything was set in motion on that September day seventeen years ago. The day when Max entered his life.