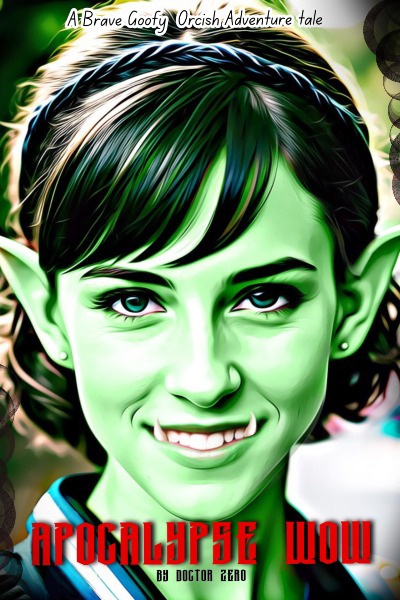 Over the eons, the term Longstrider has degenerated to include anyone who frequently travels between realms. But originally, it was a title reserved for the rare mage who had travelled to all nine realms and remained more or less the same person. They would often commemorate these epic journeys by creating a magical item imbued with a spell from each realm. Usually a staff, robe, or book, but sometimes a weapon, jewel, or simple rock. These magical items are very rare - possibly because of the difficulty to traverse all nine realms. I don’t really know, everything is easy for me.

“I love being a mercenary! It’s fun and nutritious!” The huge red dragon wriggles happily through the burned and blood soaked battlefield. The friction from his massive scales fuse the gore and ashes into a black crystalline substance that his gyrations force into a wide bowl. It’s like watching a gigantic kitten make a cozy bed out of dead bodies and burnt dreams.

He flops down on his back, tail wiggling in contentment, as his upside down glare pierces us with lazy intent. “So what’s the next mission?”

Reed and Ladyfinger look at me. “Well… we didn’t catch Copycat, so we have to go looking for her again.”

“Really? You didn’t even catch one of her?” asks Apex.

“Uhh… I think there is only one of her.”

“Incorrect. There was, like, a dozen of her running around here. She is a prolific and problematic duplicator. Why do you think you’re looking for her?”

“Umm.” I shrug. “Because she committed crimes on Wreckworld?”

He rolls over, stares at us with intent intention. “Why is the apocalypse even happening? How is it happening? How can the Eaters send millions to fight in the last battle, but the Lords of Highgarden can only send small teams to the lower realms? Does any of this seem weird? Do you guys question anything? Holy fucking fuck. Alright, I’ll explain.

“The Burning Man is the most powerful being in all the realms. This is an unforgivable insult to everyone in Helhome. The entire realm is hyper-focused on gaining power to become the most powerful. Of course they want to defeat the Burning Man. Like, all of them. And they have a clear modus operandi - form a flimsy alliance until everyone tougher than you is dead, then lord over everyone weaker than you. It’s a complex differential equation - that is solvable - but most would-be tyrants go with their gut and end up gutted but that’s not relevant to my point, which is - it’s hard to gang up on someone in another realm.

“Think about it. You can raise an army in Helhome, but then you have to move them to Highgarden. And they don’t want to go. I mean, they wanna shank a guy who happens to be there, but they don’t want to make the mental changes necessary to port there safely. Maybe they can’t. The safest transport spell to Highgarden is Sigurd’s Oath, where you pledge to do the most good for the most people. Not exactly the Helhome motto.

“So fuck it, you force it a little. Most of your army gets lost in the port, and the rest shows up with brain damage. Not exactly an elite fighting force, but if you start off with a big enough army, you can still cause a bit of trouble.

“This is the original apocalypse. A minor tiff between the Burning Man and a small group of confused losers from Helhome. A pointless addendum to a tale as old as time. The thousandth chapter of a story low on steam. But, in the midst of this doomed attempt at transcendent relevance, something very weird happened in Darkhome.

“An elf gave a speech that was call to arms, a metaphysical philosophy, and a new path to Highgarden. He created a cause, an army, and a solid transport spell with one epic poem. In doing so, he projected inter-realm force for the first time, and amplified the battle that would consume us all.

“Except it hasn’t yet. Because the Lords of Highgarden moved to counter the Dark Elves. And though there’s a constant stream of fighters monstering their way from Helhome, there’s also many from the mid realms who take up Sigurd’s Oath, so neither side gets the advantage they need to finish the fight.

“Which brings us to Wrecker, and submission, and eventually Copycat. Because to Wrecker, brain damage isn’t a flaw, it’s a feature. Keeps everyone nice and compliant. The Book Of Wrecker is another meta-spell - one that confounds, and binds, and compels you to die for him. Making Wrecker the second being who can project force on another realm. Except he can send his army of brainwashed hooligans to Highgarden, or Darkhome, or Helhome. Enough force to flip the Last Battle either way. And all he wants for his help is one orc.

“Sounds like a good deal, but that orc is a fucking problem. She’s a trauma induced duplicator. Wrecker’s got a plan for a one woman army. If he can brainwash her properly, he can project exponential force. Drop one soldier that turns into thousands. Make different strains of Copycat that can effortlessly port to each realm. He’s almost pulled it off before.

“So that’s the lay of the land. Both sides want Wrecker to tip the war in their favor, but Wrecker plans to tipover the entire universe with a stabby exponential orc virus.

This is a lot to take in. I wasn’t expecting the dragon to wax poetic about inter-realm warfare. Also, I knew things were bad, but this seems very bad. I don’t want the universe to end, but I don’t want Wrecker in charge either.

I give Ladyfinger a sharpish look. “Is he right?”

She shrugs. “I dunno. Nobody tells me anything.”

Dang. This is all very upsetting. But it doesn’t really change anything. My orders are still to capture Copycat and give her to Dame Astra. And since I can’t think of a better idea, I may as well follow those orders. Astra can figure out what to do with her.

“Okay, well, we’re still going after her. Just don’t stab her or anything. That’s probably a bad idea.”

“I’m serious, we may need her to teach us a spell. Sounds like duplication is the best way to project force.”

Apex huffs. “The best way to project force is to be personally invincible. The only way Copycat kills me is by diabetes. I jest of course, she’s a very bitter woman.” He rises from the crater, looms over us. “They were off to Darkhome. I heard them talking about it. I guess we are too. What’s the plan? Shall I eat dark elves until they hand her over?”

“Hmm. I don’t think that will work. They’d probably just run. I think we better sneak up on her. Can you provide a distraction?”

“Is it distracting when large amounts of elves get eaten?”

“Then I will provide a legendary distraction.” says Apex. “How am I getting paid?”

Apex looks at it with mild disappointment.

“It’s pretty great, I guess.” he mumbles. “The runework is very tidy. But when would I ever use it?”

Reed nods thoughtfully. “Fair enough. How about this?” He brandishes a shiny, abstract, monstrosity. “Wanda’s Wand of Wonder!”

Apex gasps in delight. “It’s beautiful! What does it do?”

“It’s perfect!” He carefully snatches the wand. Waves it happily. “Cool, I’ll see you in Darkhome. Try to save some elves for ya!”

Reed shakes his head. “This will end badly.”