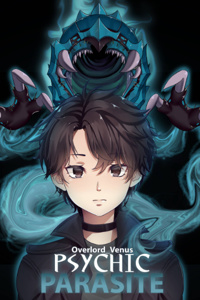 "I feel alive! So, this is what it means to have a body." Jyorta muttered, clenching his hands, feeling the sense of touch. It was a wonder; the world around him was huge and finally, he could take in its grandeur, through his own eyes.

'I am Jyorta Bone and at the same time Vadlamani Kaushik, each having different personalities. I must ensure to not mix up the two, making my real persona arise only when necessary. Until then, I will eat, think, talk, and behave like Jyorta.' Jyorta thought, relishing in the thinking experience. He no longer needed to mask his thoughts under a pile of useless memories, directly engaging in thinking behaviour without restraint. After all, the brain, the eyes, and even the soul, all were his from here on.

"I seem to have grown a bit as compared to before." Propping his body to a seated position, Jyorta observed his figure. Quite tall as compared to before, having a lean body frame, and traces of hair growth in pubic regions; it made him conclude that the time he spent in a vegetative state was longer than he had expected.

'I need to check the date.' Scanning around the room, Jyorta was unable to find anything that could help him find the date—calendar. He rubbed his eyes, gazing at the life support machine next to him, sparking his interest.

As an engineer, any sophisticated instrument was irresistible to him. He wanted to pick up a screwdriver and dismantle the machine right away, understanding its mysteries based on his accumulated knowledge.

The door opened as the nurse, Wenina Marble entered, accompanied by a doctor. They noticed Jyorta gazing at the life support machine with a heated gaze, a trace of drool leaking out his mouth. With a chuckle, the doctor interrupted him.

"How are you feeling?" He had asked a question but, it seemed as if he wasn't expecting an answer. He used his psychic energy, making it seep into Jyorta's body, inspecting his condition.

'Is he using his psychic energy to gain a firsthand comprehension of my body? Strange, I can't even seem to sense it.' Jyorta thought. They only reason he could suspect it was because of the similar actions taken by the doctor. Hancent did it whenever he used his psychic energy.

"Hmm, you are perfectly alright. Moreover, your brain activity seems normal. We'll monitor you for a week, and if no problem arises, you can be discharged." The doctor said, nodding at the nurse before he exited the room.

The nurse looked at Jyorta, "Your family has been notified of your awakening. They'll be here soon."

"Thank you, sister." Jyorta flashed an awkward smile at her, feeling unable to carry a conversation.

"Just doing my job." The nurse waved her hands, "We'll begin your rehabilitation session at dawn tomorrow. It would be for the best if you can rest until then. After being in a coma for so long, your body needs time to get back to normal."

The nurse pulled the bedsheet covering him; the figure of Jyorta wearing naught but boxers came into view. She then began to massage his legs, infusing her psychic energy into his muscles to loosen them up.

"W-Wait, I can do it on my own," Jyorta shouted, face flushed red while his voice stammered. He waved his hands, trying to break her hold.

"Oh, it is fine. I'm used to it by now. I've been taking care of you for the past two months." The nurse replied with a wink, using her psychic energy to stop Jyorta's hands. "Moreover, I changed your underwear every day. There's nothing I haven't seen yet."

"B-But, it is embarrassing for me," Jyorta said, covering his face with his hands. He turned silent, not daring to speak for 30 minutes, until the nurse was done with her work. The nurse draped the bedsheet over him, covering his lower half. Only then did Jyorta reveal his face, not willing to make eye contact with her.

A couple of minutes later, the door opened, and in came Hancent, tears streaming down his eyes. The moment he spotted the seated Jyorta, he pulled him into a hug. "Finally, you're awake."

"Dad," Jyorta muttered. A part of him found the word familiar while the other part felt alienated to use that word to address Hancent.

'This is a strange feeling.' He thought, laughing at his fate. It was only the ego of the individual named 'Jyorta' had he crushed. His psyche, behavioural traits, memories, and emotional quotient still existed, having become a part of Kaushik. The part of him corresponding to Jyorta addressed Hancent as Dad in his subconscious while his self associated Hancent as a father character.

'He's not my father, but he's the father of Jyorta.' He thought. His actions though, were different. Since he was making use of Jyorta's persona, all his actions, words, and emotions were in line with the individual 'Jyorta'.

"It's good that you are awake. Your sister is still on a mission, so it would take her a couple of days to arrive." Hancent said, patting his shoulder. He then turned to the nurse, "If there aren't any more health issues, I would like to discharge him today."

"Sorry sir, we still plan to observe him for a week before giving the go-ahead for a discharge. In the meantime, we will nurse him back to full health. Also, since he would be shifted over to the general ward, you can visit him anytime." The nurse replied, pulling out a piece of paper that the doctor had handed to her.

Hancent gazed at the paper, finding it to be the medical report of Jyorta. It stated the deficiencies Jyorta had accumulated after having not moved for so many years, despite getting nursed appropriately. Reading the remarks listed out on them, Hancent let out a sigh, acquisitioning to the nurse's words.

"I'll leave you alone for now. If any problem arises, do ring the bell." The nurse pointed at a red button placed near the bed. She then picked up a notepad filled with indescribable scribbles, exiting the room.

Jyorta observed Hancent's face, having a sense that he was in a fleeting dream. He then pinched his face, the pain giving him a sense of reality.

'I have really taken over Jyorta.' A smile crept over his face. Seeing his smile, Hancent's face saddened for an instant before recovering. He ruffled Jyorta's hair, sitting on the berth beside him.

"Dad," Jyorta took a moment to mince his words, "What's the date?"

Followed by a pained expression flashing across his face, Hancent heaved a forlorn sigh, "7th March of the year 332. It has been 4 years, nine months, and 6 days since you fell into a coma."

"T-That long?" Jyorta stammered, shock filling his face. His hands trembled while his mouth opened and closed, many times, unable to utter any syllables. His breath became ragged; sweat covered his forehead, drenching the bedsheet draped over him.

Hancent rubbed his back, in an effort to console him. The fact proved as a shock to Jyorta, tears streaming out of his eyes as he began to cry involuntarily. The room was filled with the sounds of his sobbing. Embraced in Hancent's hug, Jyorta clenched the shirt on his back, his screams intermitted with howls, filled with incomprehensible growls.

Only after a good while had passed did Jyorta calm down, having exhausted his source of tears. He held Hancent in a weak hug, his arms lacking strength within them. He couldn't put a lid on the reason for his crying. He just began to cry, hearing the number of years he had been in a coma.

"What should I do now, dad?" Jyorta questioned.

"We'll figure it out once you get discharged. We can get you tutored at home until October this year, raising your knowledge to a passable level. I'll then get you admitted to a new school. There, you can slowly work your way back to normal."

"But dad," Jyorta said, "What happened to my classmates? What about Laila and George? Are they okay?"

"Of course, they are. They are perfectly fine. You can meet them whenever you want. Though, it will have to wait until you first get discharged from here." Hancent replied. "Also, they have transferred to different schools. So, you probably wouldn't notice any familiar faces in your new school."

Jyorta nodded, making use of the opportunity to use Hancent's thigh as pillow, acting spoilt. "Dad, where's mother?"

"She's currently on a mission, involved with the safety of the city. Don't worry, she will come to visit you soon." Hancent replied. Engaged in chatter for more than an hour, Jyorta began to feel tired, falling asleep. Hancent accompanied him, reading a book that the nurse had lent to him.

When it was dawn, he had to hurry for work. Even for taking a permission, he had to contact his superior and submit an official application. Hancent planned to take a week off from work, deciding to hurry back to the hospital before Jyorta woke up.

An hour after he had left, Jyorta woke up, rubbing his eyes and gazing at his surroundings in a daze. He then noticed his hands, his legs, their shape, size, feel to the touch, etc, taking in everything.

'So, it wasn't a dream. I have really stepped foot into this world.' With a start, Jyorta noticed the nurse that had entered the room, arriving with a set of clothes usually worn by patients. She helped him wear them, all while in a seated posture atop the bed.

"There, there; try to move your leg." The nurse placed his left arm over her shoulder, using her hands to pull at his legs, craning them over to the edge. With her help, Jyorta brought his left leg forward, going beyond the edges of the bed, slowly proceeding downward.

His left leg—travelling over a distance of two feet with great difficulty—touched the cold, hard surface of the floor, its chillness sent a streak of shock through his nerves, actuating his sensory receptors. The toes on his left moved, going up and down, repeating the action numerous times, supported by the psychic energy of the nurse.

It was then followed by his right leg, supporting the weight of his body as he tried to stand up. The nurse placed her right hand, curling them around his hips, applying pressure towards his front. Her psychic energy seeped into the muscles on his back, reducing his strain while supporting his body. After a minute of tedious efforts, Jyorta finally stood on his feet.

'Is this my first baby steps?' He laughed, his eyes welling up with tears.