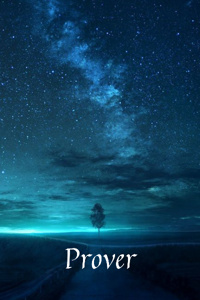 With a sigh, the head of Synchronization division closed two of his five eyes and stopped working on the final touches for the project Blu_Gree_Shtty_Pla_Sync.

He knew very well who the new arrival was. Maybe it had something to do with the fact, that no one else on the whole ship knew what knocking even was.

"Heyyy, you were supposed to reply with: Who is there?" pouted the arrival after not getting any answer at all.

"Is this some human joke I am too alien to understand," replied the division head tiredly. He could feel the already high energy of his colleague to raise by another notch.

"See, you read the files I sent you! I find the human culture really interesting, we should make some deeper investigations."

"For the Program's sake no! No more data. This planet has too much of it, we are working on 110%. Remember the previous planet? Mostly deserted, some simple-minded life forms. Just geological data, felt like we were on vacation. Here? Damned hell. Why can not they stop evolving and inventing things for 5 minutes?!" rambled the division head in frustration. The knocker gave him a sunny smile.

"Was that another reference? You are getting into it!"

"Oh shush, why do I even need to read your reports. Always full of rubbish and I can't get them from my head for half a decade. I need to concentrate on how to not blow them up while installing the Program, not on their ways of fighting the crippling depression they keep on getting! "

"You seem to be catching the depression thing too. Well, anyway. How is the work going? We have been here nearly for two years and we are only on a beta version. I heard we will need to leave a bigger team on the planet than usually. "

"Yeah, we will need to make some new updates after some time too. The whole council of prophets agreed that the humans will break the current version in no time at all and then some patches will be needed. Who knows, maybe we will even start a real communication with them and connect them with other intelligent species," said the division head deep in thought. Then he snapped.

"And because of you, the work is not going at all! Get out of here, now !"

With a deep laugh, the knocker left the room. As many times after their arrival to Blu_Gree_Shtty_Pla, he went to ship's window. They were orbiting around Blu_Gree_Shtty_Pla, cloaked and silent. The humans were already informed about the arrival of Program on their planet and were waiting for its start-up.For the time being, they were not informed about the identity of Program's creators and workers, only its basic functions.

Knocker, nicknamed Anno, namer of the newly explored planets, one of the most influential entities of Program, smiled. He thought that maybe he should stay and observe humanity's progress. Without stopping looking at the planet, he grabbed his diary and wrote on a new blank page: "Day 586. They still don't know what the Blu_Gree_Shtty_Pla stands for."