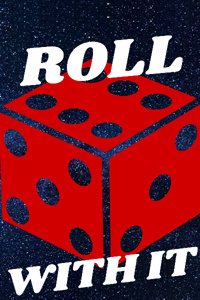 Edgar Limberry squirmed in the hallway as she waited for Clair to finish looking for the perfume. She was about ready to check in on her when Clair launched through the doorway and declared, "FOUND IT!"

Before Edgar could say anything, she got a floral squirt right on the neck, low enough that it didn't mess up her glasses. Still, she flinched. She expected Clair to attack her with a big hug but she held her hand near her stomach and glanced at the floor. A full witness to Clair's boundless enthusiasm, she tightened a frown and asked what was wrong. Though she kept her hand there, Clair smiled and assured her it was just her "tummy going crazy about food".

Edgar could believe that. She had Clair hold the door before locking it since she needed to use the restroom. Latching the door carefully, she hurried over to the toilet and slid her skirt and underwear down. Shivering, she found it easy to go but her muscles still quivered. She couldn't wait till tonight when the timer on the die ran out.

She had to stretch her legs so her feet could touch the tiles.

It was better than needing to sprawl them out but, no matter how much her roll of 3 had put in her head to help, she still couldn't get over being Pearl.

Pearl with her dour, stern librarian-like expression. It wasn't how Edgar felt. He was the dude to chuckle at the most random things. To psych everyone up and whoop at their accomplishments. He was the cheerleader of every game session, more a bard than a barbarian. But here, in this body, in this place, he felt like every ounce of feeling had been sucked inside a delicate egg. At the same time, it felt raw and right.

He may have shown everyone a broad smile but he often ached inside, distracting himself with games and ideas. Trying to be funny, trying to be goofy. Trying to be more like Clair had turned out. Finishing up, she washed her hands and let them drip dry as she scanned around for a towel and kept looking back at her stark reflection. 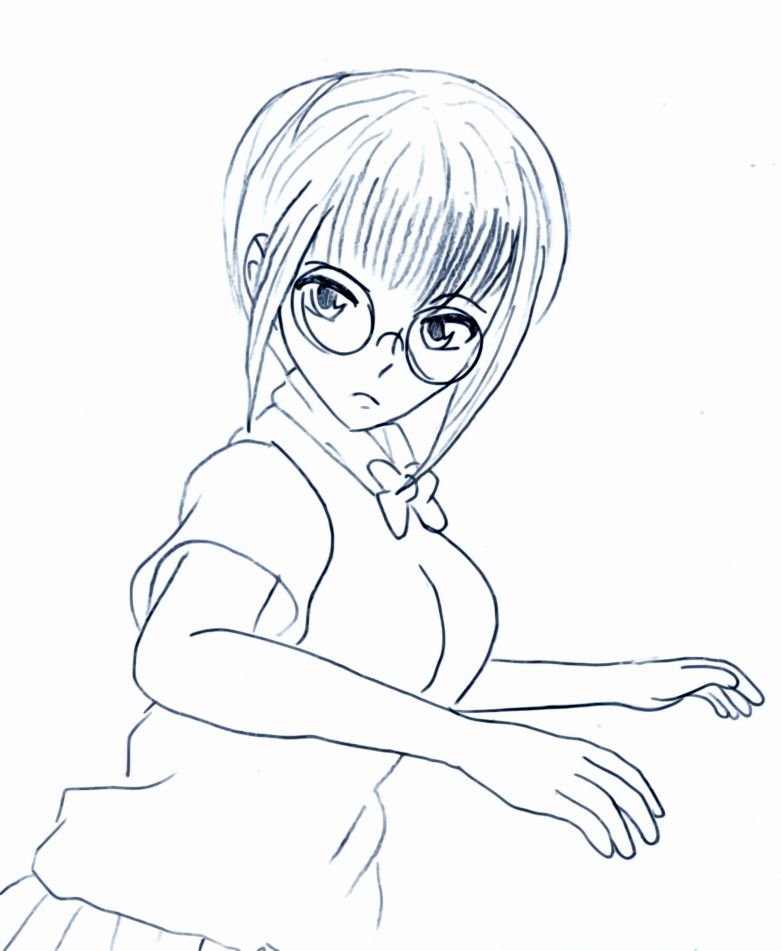 That isn't me, she told herself. She didn't hate being this small. It was funny, even though it was hard to show a smile. It was cute, even though the feeling was subdued. Her heart raced in her female body. She wanted to go home. Not to a place but to a feeling.

Cleaning her glasses, which always got dirty, she met Clair outside. Pearl nearly jumped when Clair put on a happy, perky face with a gleeful embrace. Their chests, warm and soft, met in a way Pearl still wasn't used to.

Downstairs, they walked together past extravagant water shows and entered a noisy buffet. Pearl flinched but gently so it wouldn't disturb Clair. She gazed jealously at Miranda. At a four, she had to be doing swimmingly. Even Suzy blithely strolled along with a placated expression. Pearl hadn't chatted much the entire trip, so no one really invited her to speak. May peered at Clair until Pearl wanted to flash her a sharpened scowl but Clair stuck out her tongue instead.

Suzy rambled about some anime movie she'd just heard about like ten minutes ago. It had a boy and a girl swapping places, so May leaned over and gave the account extra attention. Miranda laid out the plan for the rest of the day. Final hours of the con, winning cosplays, and the time-out of the die. Clair scooted closer and fiddled with her food.

Miranda checked in on everyone, starting with Suzy, who had to come up with a thought without anyone to pattern herself after.

Yikes, Pearl responded to her own thought. Her head was full of blistering animosity for Suzy like she'd never felt for Eric. They'd been around one another since high school. Eric never really got social stuff and Edgar was chill with everything. He knew he was never going to win any contests but Eric always seemed like he needed to change his face for every situation. Edgar couldn't live like that, with a face he didn't feel.

Releasing a deep breath, Pearl blamed hormones and a feminized brain and whatever else came with the territory. At least she hadn't felt an urge to cry that she couldn't control.

Returning to the convention, she brought along her cow's stomach-shaped purse and skimmed the remaining vendors for something that appealed to her suppressed goofy side more than her cold, melancholy side. Still, she watched the wistful looks of lonely anime girls marked in dark tones. Clair bought a zip-up fanny pack which she guarded with her life. It was cute and Pearl told her so, even though her words felt hollow.

As they shopped, Clair asked quick questions that earned only half-muttered answers. Wouldn't it be great to do this more often? Wouldn't it be awesome if they totally lived together and shared this and did that? Did Pearl remember the time this thing happened? It was an avalanche of questions like all the other piles of questions. And Pearl just wanted it to stop.

"Could you be quiet for one freaking minute! Please!" She snapped at her, hands clenched and face locked into a frown which felt so tight her mouth tasted like rust. Clair jolted back and Pearl immediately regretted it. She couldn't help she'd been rerolled this way any more than Edgar could help being a grouchy girl.

She turned to hug her in apology but Clair ran. Her constitution was even worse than it had been when she was a boy. She tucked her hands in to jog but felt everything jiggling and flailing. Her eyes searching beneath her sweat-trickling glasses, Pearl finally caught up to Clair in a waiting room off the lobby. Pearl tried to joke about collapsing but it just sounded like she was scolding Clair again. Sliding down beside her, Pearl tried her best.

Unzipping her fanny pack, Pearl's eyes widened as Clair held out the die, THE reality die that should've been safely put away.

"We used to be best friends. We used to be like sisters. What good is this thing if it just makes us hurt each other?" Clair grimaced.

Carefully, Pearl held her hands up and pleaded, "Clair...whatever you think is going on, it's not what you think. Your mind has been changed."

Tearfully, Clair asserted the opposite, that Pearl had changed and it terrified her. Pearl urged her to just wait and everything would make sense but Clair shook her head. She squeezed the die in her hand and said something Pearl couldn't quite hear. The only sound she recognized was like ice crackling in a glass.

Then, the next moment...the next...moment? She was at the award ceremony for cosplay. Humph. Just a silly social points show full of popularity poseurs. Clair sat next to her with an anxious expression. Pearl smirked. What was the kid so worried about? She did great.

Nick placed in the notables. Good scores on characterization. Miranda, all professional and proper, also ranked well. Bless the Goddess that May and her lazy tomboy routine didn't even merit a notable. When Clair was called as a runner-up, Pearl wrapped her arms around her and cheered until she broke into coughs. Panting and excited for the highlight of the night, she was not prepared for being called up as the winner.

Shaking and stammering, she felt her cold aura finally break like Yumeko's adversary in Galaxy Dance Flowers. Shivering, with tears falling freely down her face, Pearl meekly thanked everyone who voted for her and turned to go when she heard the sound of ice crackling again. It stretched out longer and longer until it thundered through the entire room.

When she opened her eyes, the hall was completely empty aside from her five friends. Face darting around like she'd seen a really big bug, Pearl felt a name at the cusp of her thoughts, struggling to emerge from the depths.

Miranda darted to the center of the room and tried to bolt through the doors but they shifted like they were made of delicate paper. Backing away, everyone had confused and fearful questions, except for Clair, who curled up into a ball. Setting down her trophy and wiping her glasses, Pearl called out to Clair and asked, "What have you done?!"

All eyes on Clair, she slowly rose to her feet and pulled the die from her fanny pack. "I was scared. I didn't want to lose my best friend..." The die in her hands had turned as black as charcoal.

Staggering, Miranda cried out, staring at the die. Clair didn't try to hide it when Miranda urgently retrieved it. Turning it around, Miranda paced in place and asked Clair about everything she'd done. With whimpers, Clair said she just wished for Pearl to be happy forever.

Shaking her head, Miranda whimpered, "It's broken. But it shouldn't break like this. It should just disregard your impetuous desire and default to the pre-established temporal authorization."

Five of them stood together in a circle of confusion and fear.

Tapping the microphone on stage, May cleared her throat and announced, "For what it's worth, I knew this was going to happen. Whenever folks gender bend, it's practically a law that something, somewhere, somehow will contrive to keep them bent. It's like 99 percent for males who become girls."

The five squinted at each other and glanced up at May as she cracked her neck and stretched.

Miranda was the first to respond, "What are you talking about?"

Smirking, May held out her fingers, "I'm talking about how we fix what's broken, which has been broken for YEARS. And put reality back together."

With a skeptical squint, Miranda inquired, "YOU...know how to fix this?!"

With a snort, May acted as though she'd been struck but soon grinned. "I am, without a doubt, the one person to fix this for two critical reasons. One, I have an encyclopedic knowledge of gender swap tropes which would put entire websites to shame. Two, I've been doing my research. Did you all honestly think I just spent this whole weekend getting myself off?"