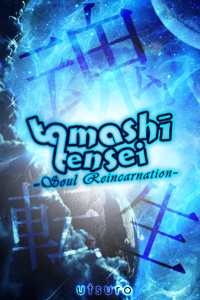 A single hypothesis was all it took to initiate a triad of young geniuses to try their hand on a theory of magic. But be it as they try to peer into the preternatural abyss of this unknown world, a satellite plummets from the exosphere – their lives come to a sudden end. In death, they reincarnate into a macrocosm abundant with magic, living their lives oblivious of their past. That is, until the age of 8 when they regain their memories as a wakeup call to reality. Upon cognizance, they reach out in search of their dear ones from Earth while unravelling the mysteries of the universe.

The style doesn't resonate with me.

First of, this is a personal review. It has my personal opinions about this story. It doesn't have any objectivity, as one person cannot showcase the true rating of anything. This is all subjective and should be taken as such.

Lets get all the other stuff out before I mention the only thing I really care about with this chapter. Grammar is good enough. Didnt read enough to really see the depth I characters. Plot is slow-burn so I cant say much about that either.

But... the style is a whole other thing. Let's first look at the word-choices. The author kindly asks anybody who doesn't like it to get out. That is understandable, since there is a very large need for dictionaries to be looked through when reading this. I personally don't like this approach to writing, even if it makes the word fit the authors vision fit more. I support not succumbing to group pressure and all, but this is just no for me at all.

Another thing that caused quite the mental fuzz would be the... choice of symbols. Dont know what else to call it, so I will be putting a example.

That. The overuse of ???, ?!?, and the constant capital lettering just seems so unprofessional to read. Some might like it but I am not part of that group. Overall, I give this story a score of 4/5

Where do I even start? This has to be one of the best stories I've read. It's simply phenomenal, and really deserves a lot more attention. This story is unlike anything I've read and really sets itself apart from other novels.

Story:
To start with, the story is really unlike anything I've ever read to reinterate.
We have a genius triad talking all science, which is cool and all but the the way the author builds up the story is outstanding. Especially with the wild twist of-

a satellite killing off the protagonists then-

-being reincarnated into a... universe of magic?

Like a literal universe where mages fly around in space, sci-fi space cities and even space wars - including magic tech mixed with regular old magic!
This has got to be one of the most original takes on a reincarnation story, merging isekai, magic power fantasy AND sci-fi together.

There are also plenty of mysteries that keep you hooked, like what Sora and Sonia saw in their dreams, who that unnamed ghost girl was, what links she had with this magical world, what happened to Earth after their 'metempsychosis' etc.

The magic system is also quite an intriguing concept what with the regular old Elemental Magics, but then there's also the science aspect of the world, so it's interesting to wonder how the protagonists would take to that.

There seems to be a lot of potential in terms of plot for this story. I feel that there's so many things that we are yet to see because there's so much that author could expand on, and this is only the beginning!?

Style:
The author's writing style... firstly, the author does have a way with words and it's written in the first-person perspectives of different characters in which the narrative switches at times. And there is a lot of detail. Like A LOT! The author illustrates a lot of things, but what matters is that important plot elements are scantily depicted and everything else has a vivid tone to it, leaving the readers to imagine for themselves so that it doesn't take away much from the story.

The author uses all sorts of complicated words that you might have never even heard of. It WILL make you learn new words which you'd never imagine to be made up of the English lexicon but does it matter? I personally don't think it does because a few simple searches were enough to help me understand what the author wishes to portray. And what the author brings together each time are intentionally perfect scenes - probably because the author wants us to imagine exactly the way they do. Some might think it's redundant but I'd argue otherwise.

The beginning chapters might have been a bit rough around the edges but the author - true to their words - makes up for it later on by really turning it down on the vernacular.
The author also has a way with brutal cliffhangers that rivets and grips you, not letting you go until you witness the insanity that unfolds.

Grammar:
One of the more unique aspects of this story is that it uses different punctuation marks from different writing scripts to depict the thoughts of characters, differentiating which character says what and even other aspects like virtual elements, time signatures, significance and the specialisation of nouns like names, moves, spells etc.

It's a mix between Asian and English writing format which at first might be weird and hard to follow, but once you've getting used to it, it starts to make sense. It's as if the author wishes to portray the thoughts of characters without touching the 3rd perspective which may be intentional, as it gives more depth to the interaction of characters.

Character:
Speaking of characters, the cast is full of idiosyncratic individuals and their interactions are something to behold. I'll talk about the main trio - Sora, Yuki and Sonia, plus Sakuya (who becomes relevant later on) because they have a larger presence in the story.

The main trio consists of a male lead, his sister and supposed inamorata. Sora and his younger sister are quite close for reasons left unexplained because they might have had a dark past that led to such a development. Sonia came into their lives during a time where Sora transferred to her school, which through some unexplained development, led to their interactions in the earlier chapters.

These unexplained parts might become significant later on, because what we now have is a cast set up and ready for a story that involves being isekai'd to another universe where the characters are now estranged. Enter  young Sora and Yuki, as well as their cousin Sakuya - who is a Spiral Maiden or a maiden of Lacuna to be specific.

They have a tight sibling relationship after not seeing each other for a while and bonding back together. Sakuya acts as their teacher in magic for some time before an incident occurs. Later on, Yuki is cut off from Sora and Sakuya, to which we now have our current setting. And it really does pull on the heart, because so much has happened before things finally move forwards with Sora's remembrance - which as of now hasn't even written yet.

Conclusion:
There is so much to be desired from Tamashī Tensei. Like, waaaaaaay too many expectations but I know that the author will follow through with this amazing tale! Because this is something the author has purposely set up, so I'm certain things will unfold in ways that I'd never have expected just like always throughout the story. I'll be sticking around to see what the author brings forth with his own hands and to witness this in it's making.

Very Very detailed. I know more about the mcs life than I do about my own. The pacing is super slow. I dropped it by the end of chapter 2 because I couldnt keep slogging on through every minute of his life. Its not bad if you dont mind a really slow and really detailed novel.

Detailed in a wrong way

Story can't balance out show and tell. First chapters feels like massive info dump about main character with some pseudo philosophy as bonus. Story also missuses some punctuation marks and whatever 「 is, which make it look like someone translated asian novel without adjusting to english standards.

Some might enjoy story with slower pace and focus on main character, but not me. I won't judge the plot as I only got to third chapter