Blake stormed past a group of Silver Ranked adventurers. He knocked one aside, spilling a drink as he angrily approached me. I cocked my head.

“You’re the one that broke into our company building for the map, weren’t you? I knew it. I shouldn’t have told you about the Dungeon. Damnit. Damn you!”

He stared at me with bloodshot eyes. I shrugged.

The tall man lowered his hand to a mace at his waist. I narrowed my eyes and spoke a single word.

He hesitated, his hand hovering over the weapon. There was a tense silence between us; he was only Level 27. He did not level even once since I last saw him. I would have killed him easily then, and it was no different now. However I knew that my companions wouldn’t like it, so I gave him one warning.

Adventurers looked on from where they sat as this confrontation happened. Then, before Blake could make a decision, a noise stopped him. A loud dong broke everyone from their stupor. Another one resounded and instantly, the once-still adventurers burst into action, rushing out of the doors of the guild.

Blinking, I watched the Adventurers Guild empty out as Blake clicked his tongue.

“If the town guards weren’t so overwhelmed right now, I would have you three arrested on the spot.”

He stalked out of the hall, following the stream of people pouring away. I turned to Edithe as she frowned.

“What does that mean?”

I looked up at her inquisitively. She shook her head and raised her staff.

“It means there’s a monster horde approaching the city. Hazelbury is under attack.”

Apparently, monsters came to cities when they were vulnerable. They weren’t entirely mindless like wild Demons— or at least, most of them weren’t. They would often know when something or someone was too dangerous to attack. And most of the time, cities, with their vast population of Humans, were something they avoided as certain death.

However, after Lucerna’s attack on Hazelbury, Humans hid in their homes. They did not wander about as busily as they did before I left for the Dungeon. I noticed this, and so did the monsters.

So a horde of them came for the weakened city. Stampede Elks— hundreds of them.

“Didn’t you say you took care of them when I first met you?”

“I killed only a few dozen. There weren’t this many in that group I fought.”

“So a different herd then. Well, it’s a good thing I didn’t end up doing the job. I would have died!”

“Maybe back then you would have. Now, I think you can deal with a hundred of them just fine.”

I shook my head, turning back to a figure standing behind the walls. Edithe was chanting quietly to herself as an intricate glowing circle formed on the ground before her. I sighed as she continued her summoning Skill.

“Is she not done yet? Look— the adventures and guards are already approaching the monsters!”

Not that I cared about that. I just saw the chance of gaining experience in fighting these monsters.

“You know, you don’t have to wait for us, right? You can just go and help fend them off.”

I brightened and immediately stuck one foot over the crenellations of the walls. Daniel hesitated, looking back at Edithe then at me.

“Yeah, I think you’ll be fine. As long as you don’t expose yourself or kill any Humans—”

I spoke in the same slang he did and waved a hand dismissively.

I hopped off the city walls, landing nimbly on my two feet before running to join the battle. I didn’t even wait to finish hearing Daniel speak. I knew what he wanted from me by now… probably.

I dashed into the fighting— the group of Humans already locked in combat with the monsters. I leapt straight into the first Stampede Elk I saw. My claws tore into his body, quickly killing him as the words appeared in my head.

I spun and sliced apart another group of [Green Stags]. They collapsed before the fallen Human guard before them. He stared at me for a moment, before fumbling for his weapon and picking himself up.

I continued on, clawing at groups and groups of the low leveled monsters. I heard a familiar voice bellow. I glanced slightly to my right, only to see Blake and a group of adventurers surrounding a larger and different colored Stampede Elk.

They backed up as the monster charged them, sending magic and arrows at the Level 41 [Charge Deer]. They dodged out of the way in time and surrounded the monster. After continuing their barrage of attacks on the [Charge Deer], they finally killed it.

However, before they could relax, another [Charge Deer] burst out from the group of Stampede Elks. Before they could even brace themselves however, I threw myself onto the oncoming monster. I clung onto his back as I ripped into him with a few [Fire Strikes] mixed with regular hits. The [Charge Deer] tried to fling me off, but I held on until he fell dead.

I got off the corpse of the monster and smirked in the direction of Blake. I saw him looking at me with wide eyes before I spun around and ran into more fighting. Most of the monsters here were lower leveled than me; only the [Charge Deers] seemed to be an actual threat. But they were rare enough that I could deal with them without a problem.

Less experience is awarded for defeating an enemy at least 10 levels below you!

It wasn’t much experience, but it was more than doing nothing in the city.

Want to read ahead but can't afford patreon? Read the next five chapters ahead up to chapter 40 on Amazon kindle right now for only $2.99!

Click here to buy it, and please don't forget to leave a review! Amazon reviews require no word minimum, so you can just write a quick sentence about it! It would really really really help me out! 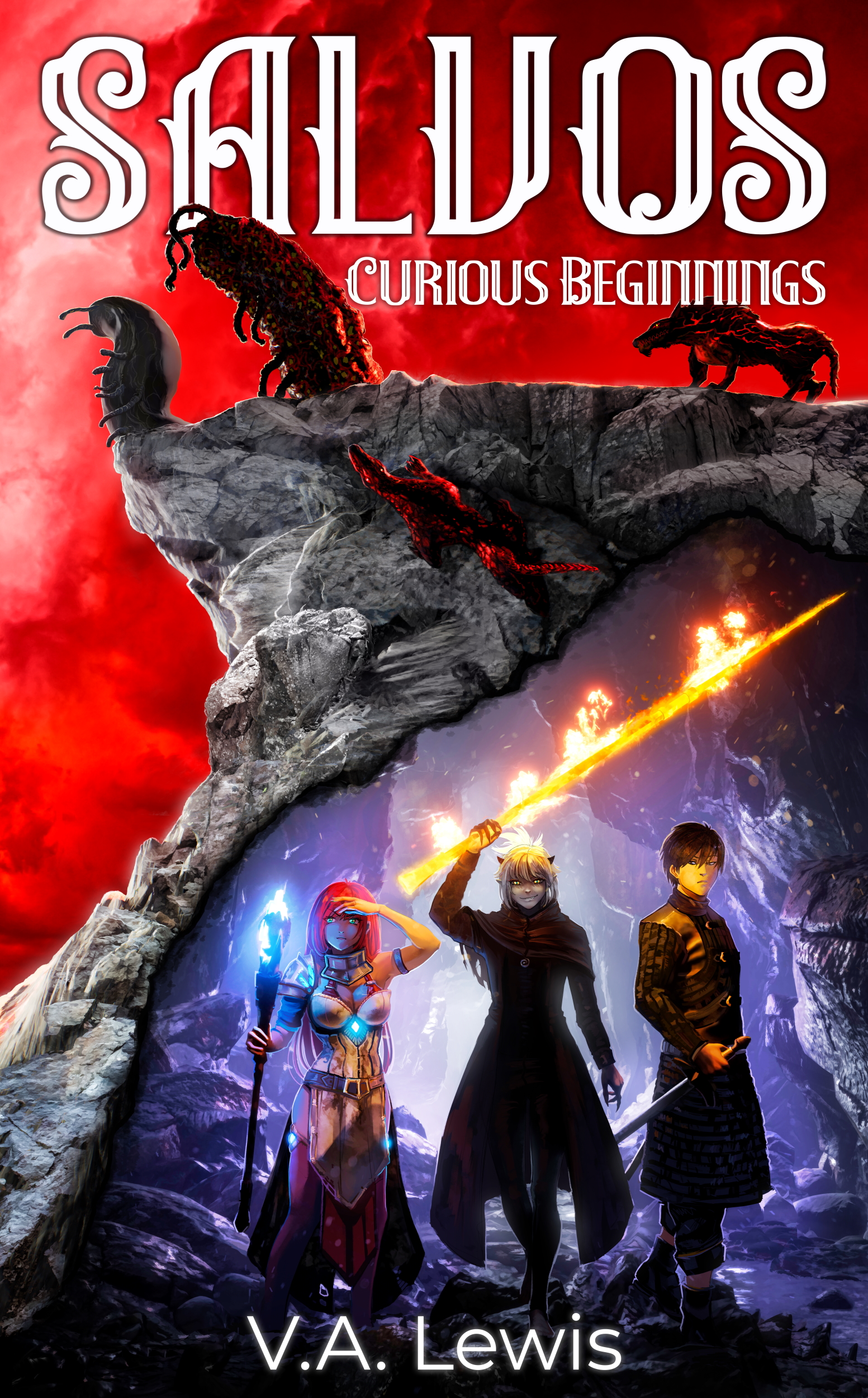 If you can't buy the eBook or don't have time to write an Amazon review, I would greatly appreciate it if you could just leave a rating for the story so far here on RR. It would take just a second, but I would really appreciate it as I've been getting quite a few bad ratings lately!