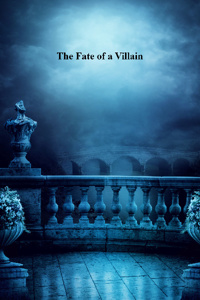 The Fate of a villain (But not really)

And in all fairness, he's a walking, talking red flag. With neither the talent for magic, nor the constitution for swords, he opted for the one weapon he knew by heart. A gun, gifted to him by his (now) ex-girlfriend. Taking over the body of a dying boy, he lives out his days, slowing working towards the ultimate end that either sees himself dead, or the rest of the world exterminated. But for now, he has time to kill.

It starts off really slowly, so take your time

A lot of people will presumably like this story.

I was very conflicted whether I should write a review or not. Espesially when it is the first review. But here I am, so sorry in advance, because I suck at sugar-coating.

Let's start with the story, because that is what people primarily come looking for when they start reading a novel. The story starts with the whole: "waking up in another body" -thing, which is very well-written. We "the readers" learn that the Main Character (MC) was a normal dude from our world, and now is in a body of a bad-mannered, presumptuous son of a duke.

While this is the start of the story, it does not really tell the reader with certainty what the story is gonna be about, but I as a reader, thought the story was gonna be about how he escape the whole "villian" -role, but I was sorely mistaken.

So what is the story about? I still don't know.. It was only the servants and knights that hated him, and that's that. Why the knights hate him, when he has never interacted with them is never really explained, the best explanation is that they all hate his father and family which ofcourse includes him, but that raises the question: "why would anybody swear loyalty to somebody they hate?" I mean, if the MC family was a small poor baron, then it would make sense that less-talented people would aply for a job at the only place it is posible for them, even if they hate their employer, and the poor baron wouldn't have the money to only take the best and most loyal. But that is very much not the case here.

Since I have no ideér regarding what the plot or story is about, I can't really review it, so right in the middle 2,5.

Characters are what shape the story, and in my eyes at least, the most important part of a novel.

As I said before, the story start with MC being just a normal dude in a son of a dukes body, which is were we "all the readers" (again) was sorely mistaken. The MC is apparently not just a dude, or a brutich bullly, he is almost the opposite, he is very feminine and weak trap. This is first revealed around chapter 11.

I believe the meme "It's a trap" sums the whole novel up pretty well actually. Maybe I should have used that as a review title instead.. Nahh.

The princess and holy-knight charakters are amazingly written, really good work there. The princess has a complicated but clear personality with a motive and goal, while the holy-knight fall in line with the more simple but understandable characters like the MC father and sisters. The MC sisters personalities are not very defined, since they have so little "screen time", but what is shown, is shown well.

Why the female knight hate/hated the MC is never really explained, and that kind of sums up 80% of her character, so can't really say that i think she is very well written. And I have totally forgotten everything about the MC mother, so she either ain't that memorable, or I am very forgetful.

I don't think a strategic general genius would repeatedly act only on emotions and against all facts. I mean, humans do crazy things for love, especially in the heat of the moment, but we don't lose all coherent reasoning, or that is at least what I believe. I can be wrong, I am not all-knowing.

Some would say that the writing-style is the most important part of a novel, but I would disagree.

The most important part of "style" is to me that the author: "show don't tell" and I believe that the author of this story has understood that very well. So props for that, not many authors can do that :)

The grammar is fine. Small mistakes here and there, but overall fine.

A well written but a bit generic book

Before we start, I want to say that this review is subjective and before judging the book, give it a try, I'll try to be constructive and give you some suggestions that, I hope, will help you.

Grammar: Generally speaking, it is well written, but unfortunately many small mistakes could sour the experience. There are many missing words and unfinished sentences, for example: "Very then, my lord." or "Do you want to guide you there." There are quite a few missed words, I'd suggest you get an editor or a proofreader, you don't need professionals, you can just ask some friends or readers to do it.

Story: Be prepared, it's a slow-pace narration, where a whole chapter could go with just a few scenes and very little information provided, probable 10 years ago when I was wet behind ears, I would like this story more, but now, well I look at things differently, first and the biggest issue for me is that there's no hook! Nothing makes me excited about continuing reading, we don't know where the story goes to, we don't have any hidden plots, twists, or cliffhangers, things just happen and each chapter just describes an event, that's it. I'd suggest you maybe rewrite the first few chapters a bit, reintroduce the feeling of urgency, it'll add more dynamic to the story.

Character: The secondary characters are quite well written, you have their descriptions, sometimes motivation for their behavior and actions, so I would say that things are okay here. But when we talk about the main character, well, there's nothing to talk about, it's a blank, we know nothing about him, nothing at all, and I'd say that the MC (main character) is one of the most important parts of the story! He's a soul that transmigrated into the body of a son of a Duke. Who was he before, what did he do on Earth? No one knows, and I believe that's the very reason why the MC is shallow and unrelatable, because his past self would influence and define the current self, so without the background, we have a kid who acts suspiciously around his parents without being questioned does things in a way that everyone should understand that he's an impostor, but for whatever reason don't. And the MC, despite being called an impostor, doesn't act like one, he doesn't try to hide his identity as an impostor at all, that makes it weird for me, but okay. So, I'd suggest that you give the MC a background at the start of the book, you don't need to write everything at once, but when he's overly polite you could just write a small explanation about his previous life, so we know why he acts that way, we know nothing about motivation, becoming a villain? He thought about it a brief moment, and nothing else, no action plan, no ideas, no deadline, he basically can do something bad before daying and fulfill the agreement of being a villain, and I don't want to wait that long.

At the end of the day, if you're looking for something light to pass the time, or if you're a fan of those mass-produced Japanese light novels, give it a try.

I am definitely having fun reading this and I find the writing style easy to digest. The changes in perspective can be slightly confusing, but since it is written in third person it is easy to catch on.

This is my first review so I probably don't know what I am doing but I hope someone finds this helpful.