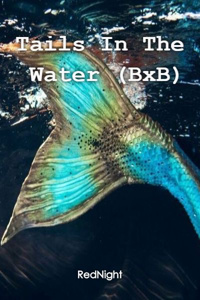 A bit short, but I think y'all will enjoy this chapter ;)

An hour later, Calum, Aka, and Cora excused themselves and went up to Calum’s room, realizing that they probably shouldn’t be talking so casually about things that were believed to be fake.

Jack and Evan were lounging at the beach, relaxed. Evan opened his eyes and side-glanced at Jack, who was laying down peacefully. Immediately, he felt a pang in his chest, guilt gnawing at him from the inside.

He didn’t mean for this to happen. He wasn’t supposed to get attached. He was supposed to meet them for a little while and then go back home. He was only a child when he met the Delasti twins. Of course he would hit it off. However, it wasn’t expected for him to want to stay.

He’s been here for so many years. He was lucky that he didn’t age as most of his kind do. A curse, but at the same time a blessing. He got to grow up with Jack and Calum, got to see their interests and dislikes grow, got to see them go through moments of euphoria and moments of depression.

Evan felt tears threatening to fall, but pushed them back. He took in a few deep breaths, calming himself. Then he tapped Jack on the shoulder. Jack sat up with a start. “What?”

Evan chuckled. “We should probably get back to your house. Your dad would be okay with me sleeping over another night, right?”

Jack smiled, swinging an arm around Evan as they stood up. “Of course, Ev! You're like a third son to my dad. He would be happy to have you.”

Evan smiled. He was so thankful to call Jack his best friend.

That night, Calum and Aka laid awake, neither realizing that the other was awake. Aka was awake due to his anxiety causing him to worry that he was pulling Calum away from his normal life. Calum was awake due to his realization that he may be falling for Aka. It was something that he began to accept as he got to know Aka more and more. Aka was sweet, a bit sassy and sarcastic at times--though he didn’t show it much to Calum because they had just begun to get to know each other--but he seemed to always have everyone else in mind.

The three had stayed up much longer than intended as Cora asked Calum question after question about humans, human culture, and their lives. Calum had also found himself asking Cora and Aka about sirens as well. He had learned much more about Aka and Cora, like how Aka and Cora have known each other since they were toddlers. Aka made sure to keep his distance from Calum, much to the human’s dismay.

Calum finally decided to go downstairs and get himself some sleeping pills. When he got downstairs, however, he found Aka standing in the kitchen tiredly. “Oh. Hey, Aka.” Calum said awkwardly. He was nervous around the older boy, but no longer because of Aka being a siren. He was nervous because Calum knew he was starting to fall for him. “Um, what are you doing up?”

Aka shrugged. “Couldn’t sleep.” He looked at Calum’s bloodshot eyes. “I’m guessing it’s the same for you.” Calum chuckled tiredly, nodding his head. Aka debated with himself for a few minutes, making Calum stand near the stairway awkwardly. Finally, Aka broke the silence. “Cal, can we talk?”

Calum nodded again, following Aka to the couch. They sat at opposite ends of the couch, awkwardness filling the room. “So, um, what did you want to talk about?” Calum asked, fidgeting with his hoodie strings.

Aka glanced sideways at Calum. Aka hated that he was making Calum nervous, but he couldn’t help it. He was nervous himself. He decided to just go out and say it. “You can reject me as your soulmate.”

Calum sat up straight, looking over at Aka with wide eyes. “Why--Why would you say that?”

Aka turned on the couch to face Calum, who was still seated forward. “I see how you look at Evan.” At the mention of his brother’s best friend, he blushed. But he didn’t blush as much as he would have if someone mentioned his crush on Aka. They had only known each for a bit more than a day at least and Calum already knew that whatever he was feeling for Aka--it was more than just a measly crush--was much more than what he felt for Evan. “And he seems to like you too. I don’t want to be the one to keep you from having an actual normal human life. I’d feel horrible if you were pulled into a life you didn’t want just because of some stupid bond.”

“Aka.” Calum turned to look at Aka. “Stop, please. I--I really like you. I think--no, I’m positive--that I like you even more than Evan.” Calum said honestly. “And besides, I never really had a life to begin with. Maybe I’ll have one with you.”

Aka looked at Calum in shock. “That may just be the bond talking, though. Are you--Are you sure? If we complete the bond, your brother and dad will die when you’re still eighteen.”

Calum didn’t hesitate. He nodded. He knew that he may regret it later, but at the moment, he didn’t care. “I wanna be your soulmate.”