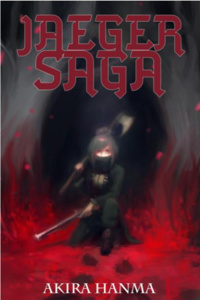 A Kind of Sleep Paralysis

I reckon about 4 or 5 more chapters until this ends.

The body was not her own, Pyrik was not in control. She had become a passive participant to a slaughter, unable to stop the voice inside from clawing, tearing, ripping, rending body after body after body. The blood of beast and man alike had soaked through her clothes, stuck to her skin. It watched the mutilated bodies on the bloodied grass as the fire crawled on top to feed its flames, and Pyrik could not look away, forced to witness the atrocity committed with her own hands, reduced to a puppet at the mercy of another will.

The rising smoke curled and warped as it flapped her wings, ascending further into the night sky. It surveyed the destruction. The riving flames were eating through the red forest, insatiably hungry, every branch and leaf and blade of grass crumpling to ash. The smoke smelled delicious. It cast its gaze to the settlement in the distance, those lanterns attracting its attention like moths to a light.

Pyrik fought to turn its head away, her head away, however, the voice inside had its grip on her like the jaws of a wolf with its teeth sunk into her neck. Thrashing and squealing was useless. She moved whenever it decided to move. And they were flying toward the settlement.

Cutter slung the spare rifle over his shoulder, about to slide his armet over his head when Ira tried to stand up, struggling on uneasy legs. He strode over to her and gently eased her back down.

“The stitches won’t hold if you move about recklessly,” said Cutter. The physician had stitched and bandaged the wound, but anything strenuous would threaten to cause it to burst open.

“I don’t think I have a choice,” Ira argued. “Pyrik is coming, and in her wake is annihilation.”

“If that is so then I reckon one less body wouldn’t make much of a difference.” Ira stared up at Cutter, looking pale from a cocktail of fear and desperation. “Please, stay in the house. Your priority is to protect that pod in your arms, ours is to stop that wild girl. And in the event that…” Cutter swallowed. “Just run. There’s no shame in running. Flee as far as you can, and do not stop until the next morning.”

Words turned tinny in his helmet, and Cutter wouldn’t indulge in Ira’s protests any further. This disaster was for him alone to shoulder, to carry, to amend for all the dead in the red forest, his men and her people. Cutter would sooner die than allow more collateral damage.

He exited the house in a hurry, down the porch steps, to the last of his men gathered on the street. The witch woman, Aella, was now wiping their swords and bayonets with an odd substance that glittered a sickly green in the faint glow of lantern lights. She had done the same with their lead shots, before repackaging them into paper cartridges. When his men slid their steel back into its sheaths, they did so carefully, fearing the ramifications of even the tiniest knick. The green substance was a powerful paralytic capable of dragging any man or beast into the darkest sleep. None bothered touching their eyes, let alone their face to scratch an itch.

“Don’t bother hitting her wings,” Aella said. “Its hide is as sturdy as steel. Aim for the body, the most fleshiest part. The poison won’t take unless you can draw blood. It has to reach her heart.”

“Or a shot through the heart,” Cutter said. The words came out as more callous than he had intended and Aella flinched as though stung. However, she nodded, acknowledging that given the dire situation the violence was not only necessary but crucial, a precise incision with a scalpel.

After taking stock of his men, only sixteen Hospitallers remained from the original company of a hundred he brought to Limbardo. Far fewer than he thought survived the red forest, and his throat tightened. He was leading them to their deaths. It sat terribly in his stomach, like this great big ball of sick. They had families, lovers, aspirations. Once he uttered the next few words they would have to throw it all away, let it go up in smoke. Burn and shrivel to ash, blown to oblivion. Gone.

Cutter presented his saber to the witch, and she enchanted his blade with her poison. It glistened green, like moss, like rot. He raised it up into the air.

And his Hospitallers did as they were told.

As it loomed above the settlement, floating up and down as its wings kept it aloft, it saw the Hospitallers had formed rank in the street. A pitiable number, about fifteen at most. An admirable attempt, but ultimately foolish. When its claws could tear flesh as easily as wet paper, any resistance was a farce, lacking wit, lacking any real challenge. The world could rest in the palm of the girl’s hands if she wanted, yet she chose not to harness the power from within. Dormant, untapped, potential energy wasted. Well, not anymore. It desired to raze the world like a wildfire, and those pitiable Hospitallers would not be able to stop it.

From retracting its wing it shaped into a bullet, wind rushing, diving down toward the rank of fools. It was a hawk in anticipation of prey, of blood sliding off like a brilliant sweat. The ground was coming in fast, the ants became men, and they would get squashed all the same. Their bayonets glimmered a strange green, and they had not fired their rifles yet. It opened its wings, filling like sails, slowly its rapid descent. Claws were out.

Quickly it twirled, swatting the lead shots aside with its wings, harmlessly hitting the roofs, then landed in front of the weak, silly humans. They charged, bayonets thrusting out. The tenacity was adorable. It allowed one a single cut, which only grazed its shoulder, cutting fabric and into its arm. Instantly it felt the rigidity, like the muscles in its shoulder turning to steel, unable to move. More bayonets came in, thrusting at her like stingers from an angry bunch of hornets. It leapt back, avoiding the poisoned steel. A row of Hospitallers knelt down and fired, not all having discharged their rifles. It crossed its wings, the lead shots bounced off, and when they opened it was greeted with an assault of glistening green steel. Swiftly as the wind it ducked under the bayonets, then surprising the poor humans when its claws sliced through throats. Jets of blood sprayed out. Stomachs were torn open. Limbs flew off. Their screams were as wonderful as a bird song in summer.

However, it ended all too quickly. Right as it was enjoying itself, all the Hospitallers were ripped to pieces. Shame.

Suddenly there was a sharp bang and something pierced through its thigh. Curiously it touched the wound and found blood mixing with the same green substance from the bayonets. A paralysis was taking hold, its leg coming inflexible like steel. It peered up just in time as Cutter jumped off a roof and plunged his paralytic-laced saber into its body.

Bio: I can neither confirm nor deny that I may or may not be a shapeshifter. Maybe.