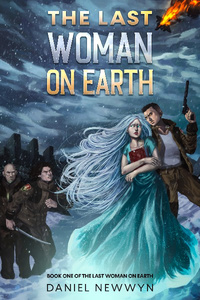 Death in Siberia (The Last Woman on Earth)

Part III, Chapter 3: Because one’s a woman means one must have shiny hair

You might notice a shift in tense in this chapter compared to the last. It is my intention to have the first-person chapters be in present tense (with the exception of the first chapter which is essentially a flashback) and the third-person to be past tense.

Let me know if this works for you. If it doesn't we can always fix it later.

Roman is dead. And I am alone again.

I step into a chilly and cramped storage room—the place I call home. Piles of dust splash up and cover my vision the moment I open the door. The surrounding space is quiet, too quiet. The only sounds are of my clothes rustling and of water flowing from the pipe attached to the ceiling, running over my head.

If only I were a passerby, appreciating the beauty of this calmness, and not an exhausted soldier looking for a livable place to stay.

This tiny hellhole is filled with junk: old heaters, incompatible rifle parts, an old sofa in the corner, empty crates, and all sorts of crap lumped together into piles. So much trash, so few uses. There isn’t even a bed—at least not one that isn’t broken into twenty pieces.

Not enough to survive the winter. The niveous, everlasting, subzero Russian winter.

In our little fort, isolated in the middle of Western Russia, there’s not enough space for all two hundred of us to sleep. The less fortunate, such as myself, were transferred over to storage rooms like these to survive through the night. It isn’t like I’m bothered by this; when you live on the battlefield for long enough, there will be hardships you automatically get accustomed to.

I have seven days left.

As the thought flashes into my mind, I sigh. Here we go again. Another inner countdown just pops up against my will. No notice. No warning. It would just show up and occupy a piece of my brain as if it were coming home. I’ve tried, and I’ve tried, and dear Great Russia how hard I’ve tried countless times to get rid of it, but whenever something monumental is expected to happen, I can’t help but count the days.

I place my piece of bread on the passably sanitary bookshelf, take out a cigarette from my jacket, and light it up. Sobranie Classic—the highest quality crap this pit hole can supply. I’ve lost count of how many times I’ve risen from the dead out there just to acquire this disgusting piece of ‘portable lung cancer’; that alone speaks volumes as to how valuable this little shit is. Lung cancer? Fuck lung cancer. If we are going to die anyway, at least I’m gonna go out puffing and swinging.

I was going to share it with my first and only buddy here, Roman, but unfortunately, he isn’t here today. In fact, the guy isn’t here at all anymore.

He died. Just this morning. A bullet lodged straight into his neck, and the guy collapsed within seconds. His blood sprayed out like a geyser, etching onto the snow a patchy, crimson red.

Poor guy. He was an optimistic young man who always cracked up at the worst jokes possible. And, for some reason, he could not stop talking about how all of us would ‘miraculously walk away from this mess in one piece’.

That’s why I refrained from getting close to anyone. We are going to be buried in grenades and bullets; it is all but a matter of time. If I ever happen to be in the middle of a bombard, I’ll just think of it as a light shower since my senses will be numb in no time. But it’s not easy with friends. The problem is when if you start to care about someone, you will have to spend time submerging in thoughts of them when they die. And they will die.

What are we supposed to be fighting for, I ask myself. We soldiers are nothing but pawns, professionally-trained, emotionally-bereaved pieces of scrap with guns strapped to our hands, running around like headless chickens and opening fire on those similar to us on the other side of the frontline. All that crap just to serve people I don’t even recognize. Oh, dear Great Russia, I can’t understand the young guns. They’ll barge out like their lives are nothing but garbage, their mouths will shout ‘for the Supreme Leader’ from the bottom of their lungs, and they will clasp their hands onto yours as they fall down, begging you to win the war for us.

Every single day, we wake up with rifles on our side, drag ourselves into the fight, kill dozens and dozens of strangers, before retreating to our rooms and sleep to gather strength and willpower for the following day. That is, if we even have time to close our eyes.

I’ve never asked to be born, but I was born anyway. I was born to kill, and I’ve killed more than most. I’ve murdered enough people to understand there’s no prize for the survivor. There’s no war worth dying for.

Some days, I don’t even feel like I have any humanity in me. Maybe it’s because I’m not supposed to feel human.

Yet I do. I should’ve just done what I was designed to do—turn off my brain and slaughter. Now, I’m suffering because I cared.

I take a puff from my cigarette before coughing. Stifling my cough, I lean on the wall and breathe with a grimace. “Shit fucking cig clogging my windpipe,” I gurgle, then take another puff.

I’m a heavy smoker, which means I rarely choke on my own reefers; I cough only when my lungs beg me to stop. I used to be able to stop smoking once the scent of cigarettes got too heavy. That was way back. You realize you’ve smoked too much when tobacco smells like the scented-freaking-candle in the corner of General Kuznetsov’s office.

But I’m not stopping. Not today.

Nothing is going right today.

Before I know it, I’ve already thrown a punch at the wall. But it’s not enough. It’s nowhere near enough. I’m so angry. Why, oh why am I so angry? Throwing the cigarette butt onto the ground, I stomp on it again, again, and again until the image of Roman collapsing onto the snow is temporarily buried under the soles of my shoes. But it’ll return soon, and when it does, he will haunt me for the rest of time.

I still remember the words he said, every single one of them. They keep replaying inside my head like a voice recorder without a pause button.

“What ya gonna do when we see the Supreme Leader again? I bet he’s gonna give us those shiny gold medals! I’d love to have one hanging on the walls of my room! Oh wait, then I gotta get myself my own room first. . . You reckon when we’re gonna be granted our accommodations, Alexei? About time we got something, ‘ya think? We’ve been fighting for years now, you and me!”

Soon, I find my face buried in my palms. Enough is enough. I can’t mourn for him. Mourning is for the weak. There’s no time and place in this world to be one of the weak.

“GET OUT OF MY HEAD!” Hands clasping on my temples, I scream out loud. Where’s that book? Where’s that damned book?

I ransack my bookshelf for the book. It is tattered beyond saving, and perhaps the only reason keeping it from being ravaged by termites is the unnerving chill this storage room has to offer.

That book is called Anna Karenina by Lev Tolstoy. From what I understand, it is some sort of love story between a man and a ‘woman’.

Just when I thought I had nothing else to do besides smoking and waiting for the sun to come up again, I found it here. Since then, I’ve used every second I could afford to lie down on the book. I have never been anything close to an avid reader, so the thought that one day, an assortment of senseless letters was the only thing holding my soul alive, was beyond my wildest imaginations.

Nevertheless, it happened. I’ve held on to my will to live by clinging to the idea of entities that don't exist anymore.

Support "Death in Siberia (The Last Woman on Earth)"

What a great portayal of Alexei's inner struggle. In the first paragraphs he still manages to fight off his feelings of grief, but then we can witness how he slowly gives into desperation and sadness. All this detailed descriptions really convey the setting as well as his feelings. And then the big revelation at the end - no women exist. You slipped this fact in in the coolest poosible way - Alexei reding Ana Karenina. I like Alexei even more after this chapter.

Some really powerful lines. The opening really hit me.

There's very good struggle here already, maybe it's come a little too quickly. Curious to see what they're fighting against.

Good chapter, I love the descriptions of it :>

Loving the first person shift here. You've done it extremely well in a way that lets us really see how this character feels and is affected. Very real and very appreciated. Loving this story.

Truly professional work how you depicted Alexei's struggle after losing his friend. Thanks for the chapter!

Some days, I don’t even feel like I had any humanity in me. Maybe it’s because I wasn’t supposed to feel human.

Yet I did. I should’ve just done what I was designed to do—turn off my brain and slaughter. Now, I’m suffering because I cared.

Some days, I don't even feel like I have any humanity left in me. Maybe it's because I'm not supposed to feel human.

Yet I do. I should've done what I was designed to do—turn off my brain and slaughter. Now, I'm suffering because I cared.

Since then, every second I could afford to lie down, I used it on the book.

I held my will to live by clinging to the idea of entities that don’t even exist anymore.

These are technically okay, but I think they would sound better as:

"Since then, every second I could afford to lie down I've used on the book."

"I've held on to my will to live by clinging to the idea of entities that don't exist anymore."

I feel that this chapter was pretty relatable and realistic for most people in regarding the conflicting feelings, the subconsciousness, and dissonance of realities. The first sentence really hit me, followed by the flashbacks and gradual reveal of what happened to one of the characters. Alexei's coping mechanisms and his ways of dealing with the current reality was intriguing. I'm interested in what else about Tolstoy's book, Anna Karenina, draws Alexei in, especially when it comes to women. I haven't read that book myself but I feel that I should!