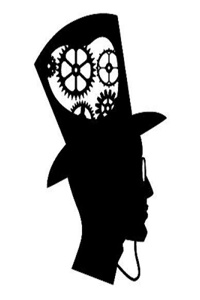 A high school student gets killed on his way to school and wakes up in the DC universe in the body of a 8 year old kid living on the streets of Macau. Luckily whatever brought him to this universe fraught with dangers didn't leave him empty handed.

The SI is a Warlock with the ability to bargain for souls and use the energy those souls generate to wield magic.

SPOILERS UP TO CHAPTER TEN

This is a fun plot idea, but there's a few problems with it.  I think some of it probably needs rewritten.  The MC can basically control reality.  His imagination and to a lesser extent his amount of power is a soft limit to this.  So he has very few actual limits.  His problems don't really make sense because of this.  For example, he can create clothes, he changes something else into clothes instead but he can create them.  Later he is shown worrying about making money, but never uses his power to make money or anything that can make him money even though we know he could.  Another example is him complaining that he's in a body that's eight years old.  Why doesn't he just make himself older?  He certainly can because he thinks about changing his DNA into a kryptonians and realizes changing his DNA will cause him to lose his powers.  That shows that his power can change himself, and changing his age wouldn't change his DNA.  So pretty much every issue the MC has he can deal with using his power, but just doesn't.

On the MC himself.  Personally I find him not really interesting.  I say this because he has entirely OP powers and what's he do with them.  He beats up thugs with them. He uses them to solve minor things but never to solve actual issues.  He's just kind of dumb like that. He is definitely sociopathic.  So far he has no goals besides beating and killing people and getting more power, which he can very easily do.  So he seems kind of flat as a character.  We haven't really gotten more than a few lines on any other character so far.

The Grammer is decent, occasionally words are jumbled or tenses are off, but it's still easily readable.

I would say this story is very similar in style to some wuxia novels.  We have face slapping, people with incredible egos talking about face, revenge, a death toll, and characters with long descriptions and backgrounds that are destroyed immediately as stepping stones.  If that's your thing, this could be your thing.

Magical contracts, and why they are dangerous

the story is interesting and has potential, but their is one thing bugging me: the contracts.

the contracts are a somewhat central part of this story, but take it from someone who enjoy making contracts for other to sell their souls, here they are truly magical.

the contracts are so losely worded that anyone who sign them would probably die quickly.
for exemple the "don't betray me in any shape or form" contract
here many thing should happen, first, considering the butterfly effect, the victim should become litterally unable to act in any ways, and no action being an action that would cause a paradox
second, if they are truly magical and follow the spirit of the contract instead of the words, then what is betrayal? would leaving the "master" to suffer be betrayal? in that case the victim could argue that life is suffering and kill him

well a lot of other possibility exist, i won't detail them all, this is why contracts are carefully worded.

no one other thing i am not a fan of, is the mc's power.

his power his literally a wish spell from DnD, he can technically do anything by wishing it, that's why magic is usually limited by school.

one might say that this is counterbalanced by the free-will part in contract signing (and here free will is used losely, torturing someone to get them to do something is not exactly free will, in this fiction it would be more correct to say no direct methode employed in the contract signing).
but well as someone who enjoy making other sell their soul to me as a past time (it is quite funny, would recommand trying/10) i can tell you that even without his power (aside from those necessary to look his age and find evil), he just has to go to a bar with an illusion, read minds to find an evil enough victim (since the mc seem to try to act morally grey (but utterly failing)) offer them drinks, talk to them, and finally when they are drunk enough, offer them a beer in echange of their soul.
and while without magic it would require a bare minimum of social skills, with magic he can just convince them that they want to drink with him and make them sign it while utterly drunk
(no hand forcing here policeman sir)

but since i keep mentionning the bad point, you might wonder, why do i say that this story has potential?
well simply put, it's the style.

i don't know if you noticed but a rescearch paper is usually utterly boring (unless you are fascinated by the subject) but i stopped reading (chapter 13) because of the issues mentionned above, but not because the story was boring.

so all in all, the writing can be considered a bit immature (not enough thoughs put into a few specific aspects of the story) but the story is still worth binge-reading, i honestly think the story is worth 3stars as of now but that as the writer gain in experience it could easily go up since he seem quite talented style-wise

If you like dark and gritty fan fics with a little humor I would definitely recommend reading this story. Hopefully the author won't drop it and will update frequently. The story has a lot of potential and I'm interested in seeing where it goes. Since a review apparently needs to be 50 words long I'm just typing stuff at this point. Why are you still reading this review? Go read the book! It's worth it!

Amazing Story! One of few fanfics that had me totally captivated. Great character building, and each character feels alive, which is quite rare in fanfics! By no stretch will this be nice for everyone, but for those who enjoy a growing-in-power protagonist who isn't afraid to get his hands dirty, and has some abition, then this story is just right. My only gripe is that the story only updates once a week, wish it was once a day!!!

Give it a read.

MC has a really strong power, but it's not OP when you consider what he's up against. He has to get creative. I really like it. It is kinda dark at times, but it's not ultra gritty or depressing to read. There's also some funny moments. I can't wait till he meets the Justice league.

This ain’t it chief

I kinda liked the story until he f*cked Cassandra with a 8 year mental age difference and then I thought "wow that's gross" so here we are. Honestly this story is your typical power fantasy so if your into this type of stuff then go ahead it is your business.

It's what you expect

(You know the drill by this point, all the pretty girls are tripping over themselves in a race into the MC's pants, and none of the males really matter that much; And sure, the author tries to copy some characters from DC, but it's only done at surface level, he doesn't really go deep or fully capture their personalities, it's just, well, like I said, exactly what you'd expect from a story like this.)

Is it good or bad? If you're ok with self-inserts and wish fulfilment stories, then it's passable, if you're not, then obviously it's gonna be pretty bad.