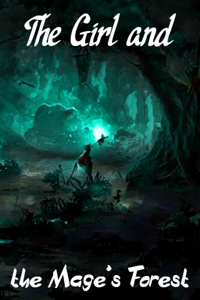 The Girl and the Mage's Forest

Meisla’s village has been haunted by a malevolent presence, who has taken residence in their once sacred forest for centuries. Adventurers from all over the world have tried to excise the creature only to fail. After one failed attempt, the Mage has become wrathful and cursed Meisla's village with a deadly plague. Can she stop the curse before she too succumbs to it?

I'll start with the good. The (revised) prologue really hit me in the feels. Enough said.

On to constructive (if brief) criticm. First, most of the story is in present tense. The chapter comments have relayed this back to the author who is doing a rewrite.

Second, the characters seem exaggerated... melodramatic perhaps? Almost like an anime. This i think particularly applies between the adventurers and the village chief. And then the adventurers get so chatty in the middle of the two battles which occur through chapter 5. Like DBZ or Street Fighter taints.

Third, some of the world building seems inconsistent. A 500 year reign of terror over a forest? With an outstanding bounty the whole time? Which is some priceless artifact? And if the origin story is even half true, why does only this village seemingly care? Shouldn't organized religion as well as any nearby nation states be at least concerned (if not belligerent towards) a metaphorical sleeping dragon?