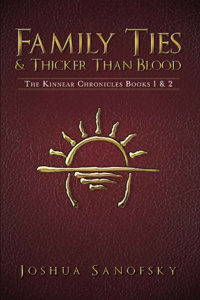 For Alys Kinnear, becoming a wizard was her life's ambition, but it's an ambition that might just cost her her life. Does a country girl from Éire have what it takes to handle the dangerous and inglorious realities that come with being a practitioner in the magic-infused modern day city of London?

She quickly finds herself confronted by street thugs trying to steal her new employer's property and a client whose home turns out to be a former asylum filled with the angry ghosts of former patients. With her new Familiars, a pair of snow leopards she rescued from an unscrupulous shop owner, Alys must overcome these and the more mundane day-to-day difficulties of studying to become a full-fledged Wizard.

Because before she expects it, she'll find herself tested in ways she never imagined.

A good,And new story from a dedicated author

Reviewed at: The Thing in the Park - Chapter 1

I followed Magusjosh since the early chapters of Pluto and I can say with certainty that he’s a very resourceful author. He has a very good knack for plots and while it felt rushed at interjections, the story didn’t suffer for it and I can argue that, since it was mostly on the later chapters, it was probably in anticipation for releasing Kinnear Chronicles. And the improvement in both grammar (who was almost flawless already) and style of writing is visible since the very first chapter. And now that the pace is starting to kick up, i’m even more exited to what he would bring us.

The world of Kinnear Chronicles is set in a late ‘800 , England, with what you could call a classical magical environment and traditional elements of folklore that’s developing in an industrial magitec and mundane tech of those periods, twisted togheter to bring you an interesting world that feels alive. His organizzation of the magic society is also well done and arguably unique to his story and feels like it belongs.

30 chapter to me, right now, feels too early to give a proper review for the cast of characters, but aside from some suckers who are purposely done dislikable, they are mostly alive and unique; Alys herself is characterized enough in lieu of her still being young and developing.

In essence, it’s a story worthy to start reading and deserve it if you give it a shot.

I’m cutting it here, because it took me 30 minutes of writing while distracted to write this and I might go off to tangents.  I might update this review in the future.

A great start to a new story!

MagusJosh is already a well acclaimed author on Royal Road.

His other book: Pluto is a very intricate story.  This story is already off to a great start.  His attention to detail is awesome. I already feel for Alys.  My singular concerning part of this is sometimes feels a tad bit rushed, but I have a feeling this story was more or less a prologue and the background is needed.  I look forward to seeing how Alys handles her future challenges.

Alys has the challenges of being born to a mother potentially out of wedlock.  Her mother had a Sidhe lover.  Add to this the fact that she does not share the same magic gifts as her parents.  Right now, the story is a shaded canvas that will have more details added to the masterwork art piece.  I also only have the barest sense of who Alys is.  Her cynical nature about life contrasts with her mother.

About the Sidhe? They will be an interesting topic. I wonder where he will take this. As always Keep up the excellent work MagusJosh.  Let us know when everything is on Kindle so I can add it to my collection of awesome books by awesome authors.

Can be found at:

I came here as fast as I've seen the notification and I was not disappointed, if this is just the teaser for this fiction I'm in for a spectacular ride!

Thank you for this amazing work!

An infuriating and likable experince

Reviewed at: The Thing in the Park - Chapter 3

The story starts out strong, almost rushed, with a likeable young and confident
newly graduated mage moving to an alternate London of the later 20th century.

Her ambition is to become a full wizard, something that in this world seems to
be a mix of an accademic and an victorian gentleman.

In the story it is pointed out, both that most people have some talent for magic
and that full wizards are comparatively rare, between those groups is a large
poulation of "mages" who seems to do many ordinary jobs and have widely variable
magical abilitys.

In the start of the story the MC aquires not one but two familiars in a scene
that shows magic to be very powerful and transformative. In spite of that most
other forms of magic shown are quite lmited and one gets the impression that the
narative requirements change what the actors can do in specific events rather
than a completley thought out magic system.

Between familiars, an romantic interest, family and masters this feels a lot
more like a relationship drama than a story about a young wizard learning the
ropes and getting real world experince.

Grammar wise the author handles the language very well, but pacing is jumpy and
information recently given is often repeated in full one or a few chapters on.

The alternate world is obviously rife in supernaturals and good explanations are
given for some of the differences between our world and the story one but not
the same thought have gone in to the details. E.g at the start of the story it's
made clear that the MC is, if not poor so at least economicaly strained. Two
chapters later, after have spent all her money on her familliars she spurges on
multiple tailored and enchanted outfits for herself and her familiars. Outfits
that are later reveiled to be to expenceively enchanted to be affordable for
police mage-detectives. The MC has spent months with a group of tantric mages,
presumably learning sex magics but relationships are treated like courting out
of a regency romance.

In short; I find the story both likeable and infuriating. It is hard to judge
because it tries to be many things at the same time and the MC's moodswings
between confidence and self-doubt, while realistic, lessens the reader interest.
Mental dialogue with familiars are funny and cute, internal monologues about
what to do is boring.