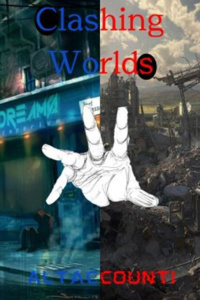 Zetsu Nozomu is a 13 years old middle school student, Lives in Tokyo Shibuya district, Japan together with his dad.

One day he was walking home from school, when he was about to cross the street. A truck came at him, but just before he was hit, he teleported to weird place, what seemed to be a destroyed city.

As Zetsu was looking around confused, a man wearing a cloak suddenly jumped from a destroyed building and appeared right before him, starting an adventure that might put an end to his unsuccessful daily life as a self proclaimed failure.

Follow Zetsu Nozomu as he discovers his ability to travel between his world and other dimension as he trying to find answers while exploring the new alternate version of Japan.