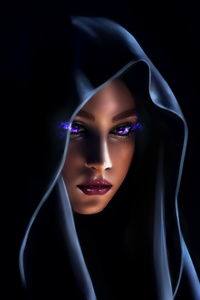 The Rift of Syn Doa

Every twenty-six years a rift opens, connecting the Ursei and Shirrah realms. Inside that rift, a magical ore can be found and harvested. This magical ore is capable of granting magic to any species or extraordinary abilities to crafted goods. Both realms fight fiercely over the rare substance, but war is not the only danger. The Doa Shrykes, feral monsters with a voracious taste for blood, await them inside the rift as well.

This is a WIP, and subject to change, reorder, and future edits. Upon completion, there is intent to publish. Cover art will change as well. Any suggestions/recommendations, comments, rearrangements, etc. are much appreciated, since I'm trying to beat this into shape and have it be the best it can be. :D

Reviewed at: Chapter 1 - The Fight

Disclaimer: This is a review of merely the first chapter, 8 hours after publication. It is meant to represent the most basic impression one can get from a quick dip into this quite new work at the time.

Style: A mix of journal entry and reliable third person narrator with a rich and varied vocabulary that is also showing a hint at dry sarcasm. Sadly, the author has not yet learned some more refined rules of writing are not yet learned. The willingness of the author to learn is the best path to improvement.

Grammar: There are a few hiccups with more daring sentence structure, but overall it is comfortable to read and makes sense.

Character: Generally there is a lot of background explanation. It is without a doubt declared that there is a rich history behind the characters and their relationships. Too bad what this relationship exactly is or who the people even are is not declared in the same way.

Verdict: a promising read that hints at much and shows very little. Not to be snubbed for now, let's see how that style and language hold up.

The style reads a bit like a western (hired sword for a gang, drawn out drawls, swinging tavern doors) set in a fantasy land with mage elements similar to something like Avatar the Last Air Bender. The style isn't overly showy, or poetic, but the author takes their time in describing the scenery and some exposition dumps. Quite a lot of the characters' backstories are revealed in the first few chapters, which isn't my preferred method of deliver (-1.5 star). I like to have a bit of discovery for motivations in my characters, so just a personal pref.

There were a few small issues here and there, only one or two tense drops. The story is very readable, flows well. There's some purply prose sections, but they're not too thick. There was a bit of head hopping, but again, nothing to turn a head.

I think there's an interesting story here, but in the first 5 chapters, we're not really to it yet. The story starts with the character lying on the ground injured after a play battle, and I really wish it would've started with the battle instead. It's a big expo dump at the very beginning without any action happening. Kick the story off with a bang!
It's not until the end of chapter 4 that we see a battle or magic being used, and it was a fairly short battle, so that was a bit disappointing too (expecially after having been denied a bar brawl the author was teasing would happen but didn't in the chapter previous)
Overall, it's a bit slow, without any combat for a long time, with some serious exposition, and so that was why I had to drop a star.

I know I'm going to hear about it from the community on this gripe but... the females are cliche. You have the woman healer who was never really good at any other magic who likes to window shop and is boistrous. Then you have the evil woman who is sultry and stoic with huge breasts in a tight red dress with a low neckline who delights in making her underlings fight to the death for her pleasure. I like to see my females with more diverse and less cliche roles. So, minus a star.

The male characters have different backstories, but all behave in a fairly similar way, with voices that are hard to tell apart. The author doesn't always dialogue tag either, which then makes it difficult to tell who's talking because their voices all sound similar. So, minus a half star on this.

The premise is insteresting, but from your blurb I've been promised a magical action adventure and I have yet to taste much of those things in the first 5 chapters. My recommendation to the author is to show the fight at the very beginning, and show a little more magic in use in the city to keep the action and interest up. I'd also recommend leaving the MC's background (kidnapped daughter) with the head of house a mystery for the reader to solve.