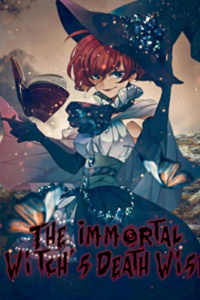 Chapter 18: The World Through Those Golden Eyes

This is a tale one could not begin to understand, a tale of infinite sadness. No, this isn’t the story of the eternal witch. This tale starts back merely 8 years ago, in the Kingdom of Goumei. During this time, Goumei was a united peaceful nation, blessed with a beautiful land that gave an insurmountable abundance of resources to its people. The land had given birth to many talented artists, scholars, and even adventurers.

Their military might was not to be tested by anyone. After-all, very few could hope to defeat their warlord, Eris. His military genius and undying fighting resolve made him a candidate that very few could even dare to stand against.

With its impressive economy and military might, the people had little to worry about. Everyone made alliances and engaged in trading with them. Often-times families from other nations would send their children to enroll in their Mages College. However, with threats from the outside world being unfeasible, they grew too cocky and failed to watch for the threats within.

The king was a tyrant. He was a rational man, but one that was not particularly merciful. With his harsh punishments for even the most minor of infractions, he had stamped out crime to a very small percentage. Unfortunately, his method of doing things, though effective, did not sit well with many.

When rebellion began, he had thought he completely stamped it out. Unfortunately, he thought wrong. Thus began the failures that fragmented the nation. No one would dare fight against Goumei. No one other than Goumei itself of course.

Within a year, this rebellion gave birth to a whole new nation. West Goumei. With this nation’s birth, so too was the birth of the young object. She cried and cried the night that she was born, while the bells rang all around the country, symbolizing the end of the civil war.

That same night, her mother had also been crying -Not because the war was over, but that it took her husband with it. The pain she had felt that day was tremendous. She herself should have been on that battlefield with him. She was a greater magician after-all. If only she had been there. If only she hadn’t stayed behind. If only she hadn’t been pregnant. If only this child was never conceived. Those were the thoughts that stormed through her head continuously.

Guilt consumed her entire being and she lay sobbing next to the carriage. That was until she learned truly of the gift that she had been given. When she touched the baby, it was all gone. Everything. Her pain, her sorrow, her guilt, her depression.

The relief was only temporary, but it did the trick for her. Every Time she touched the child, she’d lose all sadness and the child would instead begin to weep. This wasn’t as clear cut of an ability as she had initially thought. The gift she had been born with was indeed a double edged blade.

To justify herself she raised this young girl as an object, keeping herself distanced from her and her own shame. “You’re only here to help others. You have a talent and a duty to perform that only you can. Only you can save someone from this hell. ”

For the young girl, this world had always been hell. Since she first learned to see, she could see everyone around her saddened and burdened by their past, or overhanging future. At some point early on in her age, her mother realized the potential she had in her ability and began sending her off to various officials around the world.

Many people paid tremendously for her services and she learned first hands of all the perils in this world. She convinced herself continuously that taking the pain of others was all necessary, and what she had wanted to do. So long as others are happy at the end of the day, she should feel contempt.

When someone leads a life for others and continues to help them at the expense of themselves, of course that toll would be heavy. She only found solace when others were helped and she was constantly in pain.

Rinn was perfectly fine driving herself and her entire being into the ground with all the pains of the world she could alleviate. That was until she met that. A being like that should not have possibly existed. Just simply seeing the pain she carried around was more than everyone she had ever helped combined.

A single human, no matter the tragedy, should have been able to amass that many perils. She carried the sadness of generations upon generations. It hurt to even see this lady. Of course, she had always known that this world was one full of mystery, and could very easily produce something like this.

Her eyes only allowed her to see other people’s pain, but one thing was for certain… if she were to touch that…. She could not bear to have made it intact. This was exactly what was occurring now. When she was thrown by the two men at her, she had sincerely hoped that she wouldn’t catch her.

She couldn’t fathom it any longer and her heart rapidly began beating. Her breathing was irregular and eventually, she stopped breathing entirely. This world was a cursed world. She had always known that from the beginning. Now she had wished she never tried so hard to help this world.

“I understand… you and I…. should have never had this ability..”

With that final thought, she faded away into a deeper level of unconsciousness. One that she had never experienced before, but felt like she had just experienced it more than 10,000 times. She cursed the world one more time before drifting.

Nah I'm just jk about the poll. The story's already written out how this will end.

PayPal
c: Do you want me to end her or not?
Previous Chapter
Fiction Index
Next Chapter